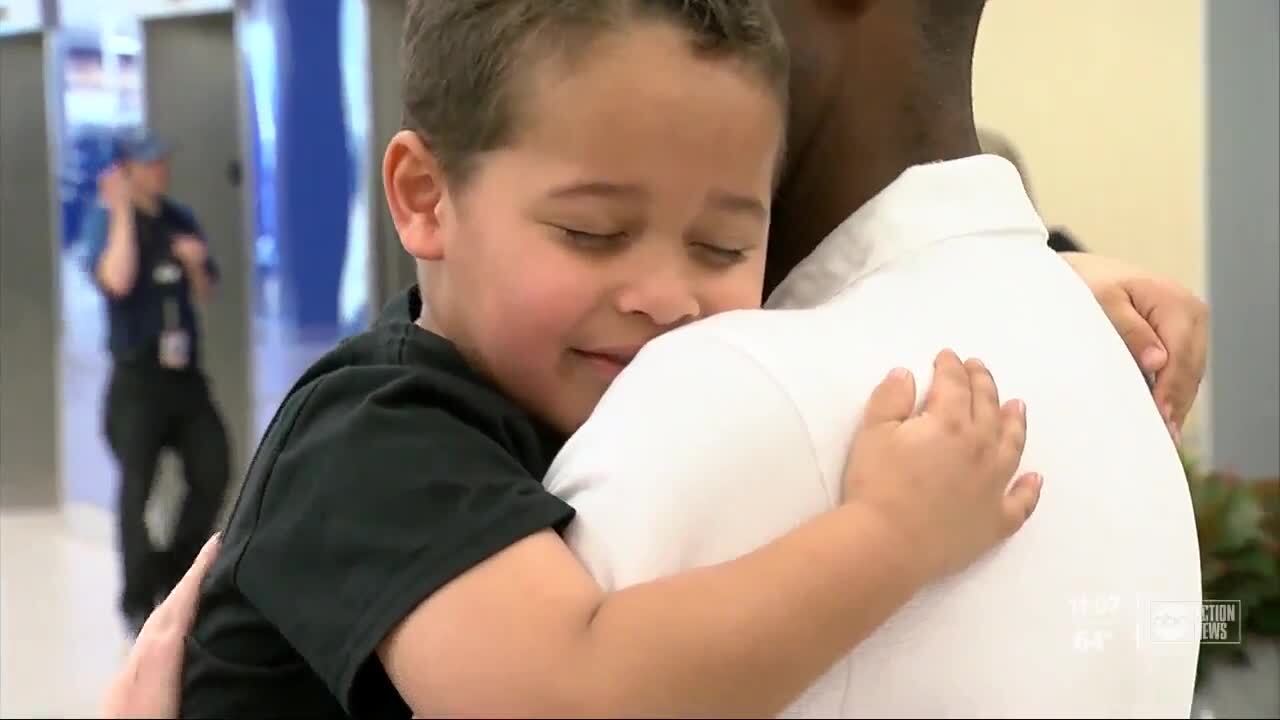 "I know what he does is really important and it makes me proud to be his wife and proud of him and everything he does," said Lori Salley, whose husband is based at MacDill Air Force Base in Tampa.

Pentagon officials now confirm at least 64 service members have been diagnosed with traumatic brain injuries after an Iranian missile attack on U.S. forces in Iraq in January.

"Just tears and crying and relief and just so thankful that he was OK," said Salley.

Four-year-old Jackson raced over to Tech Sgt. Herman Salley greeting his dad with a big hug the moment he stepped outside the airport's security checkpoint.

"My son, so excited and so happy to see his dad and he’s just missed him so much," said Salley. "I’ve missed him too, but when a 4-year-old misses his dad, it’s hard."

ABC Action News has learned 100 reserve airmen, based at MacDill AFB, will return home from serving overseas in the next month.