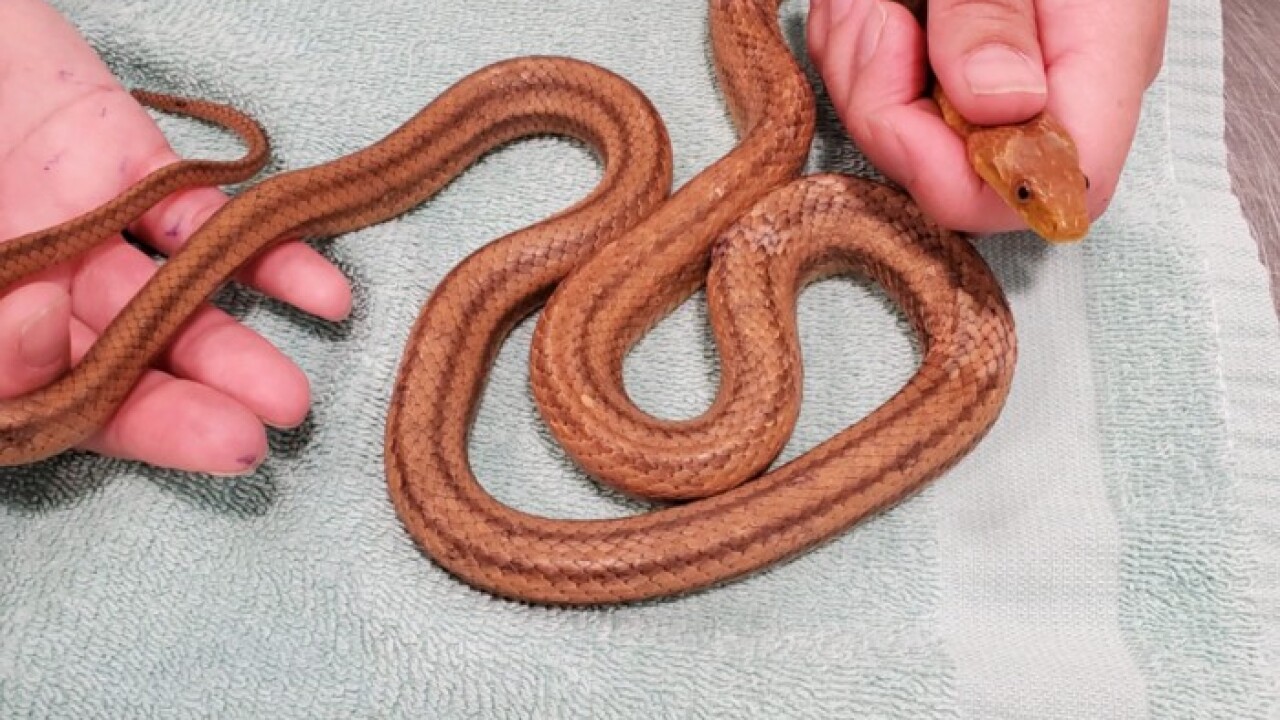 Wildlife officials say the snake was brought to the hospital after it was found entangled in netting.

Doctors were able to to remove the netting and clean the snake's wounds.

Officials say aside from missing scales and sustaining lacerations from being entangled in the netting, the snake was in good condition.

Wildlife staff are asking the public to be careful when using netting outdoors, and check to ensure an animal hasn't become entangled.