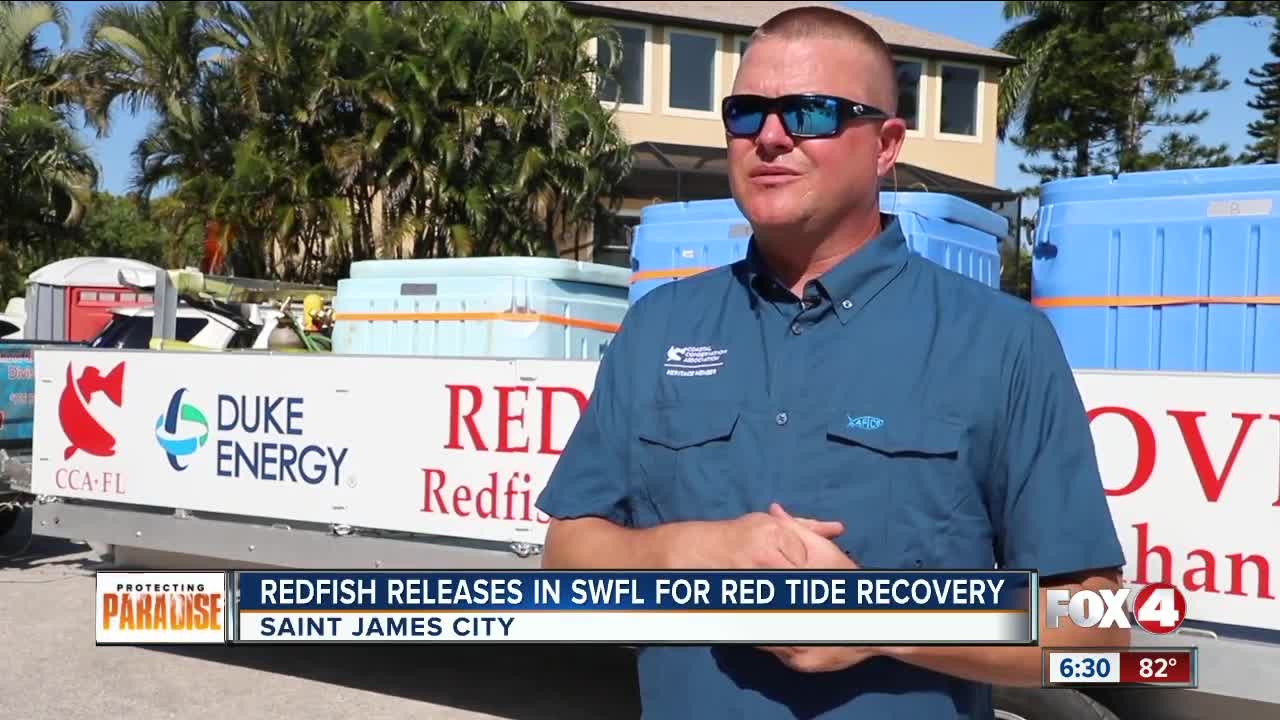 Thousands of dead fish washed onshore this summer, now a local initiative is releasing thousands of redfish to make up for the loss.

SAINT JAMES CITY, Fla. -- Thousand of dead fished washed onshore over the summer now thousands are being replenished back into the gulf.

More than 2,000 redfish released Tuesday at Tropical Point in Saint James City. It's a part of a red tide recovery initiative with Coastal Conservation Association of Florida, Duke Energy, and Florida Fish and Wildlife Commission.

From kids to adults, everyone in attendance was able to participate in releasing 30 of the adult fish.

“As these fish get introduced into the wild they start breeding and reproducing,” said Brian Gorski, Executive Director Coastal Conservation of Florida.

Gorski says females can reproduce up to two million eggs into local waters. He explains that restoring redfish helps replenish the fishery that was hurt badly by red tide.

“Somebody’s doing something, we are tired of talking about it, It’s great to have something being done, and wish we could do this once a month,” said Dave Galpin, Bokeelia resident.

A total of 16,000 redfish will be released across 8 counties.

“Southwest Florida and Lee County is a great place to come for red fish, snook and trout so hopefully this will get the word out and get tourism down here where it is desperately needed,” said Gorski.

The redfish come from the hatchery at Crystal City Mariculture Center. The red tide recovery initiative started in Fall 2018 and Duke Energy funds it.

A release is scheduled in Collier County at Shell Island Boat Launch on Friday, March 15 at 11 a.m. The last release is Tuesday, March 19th at 11 a.m. at Ponce De Leon Park in Charlotte County.