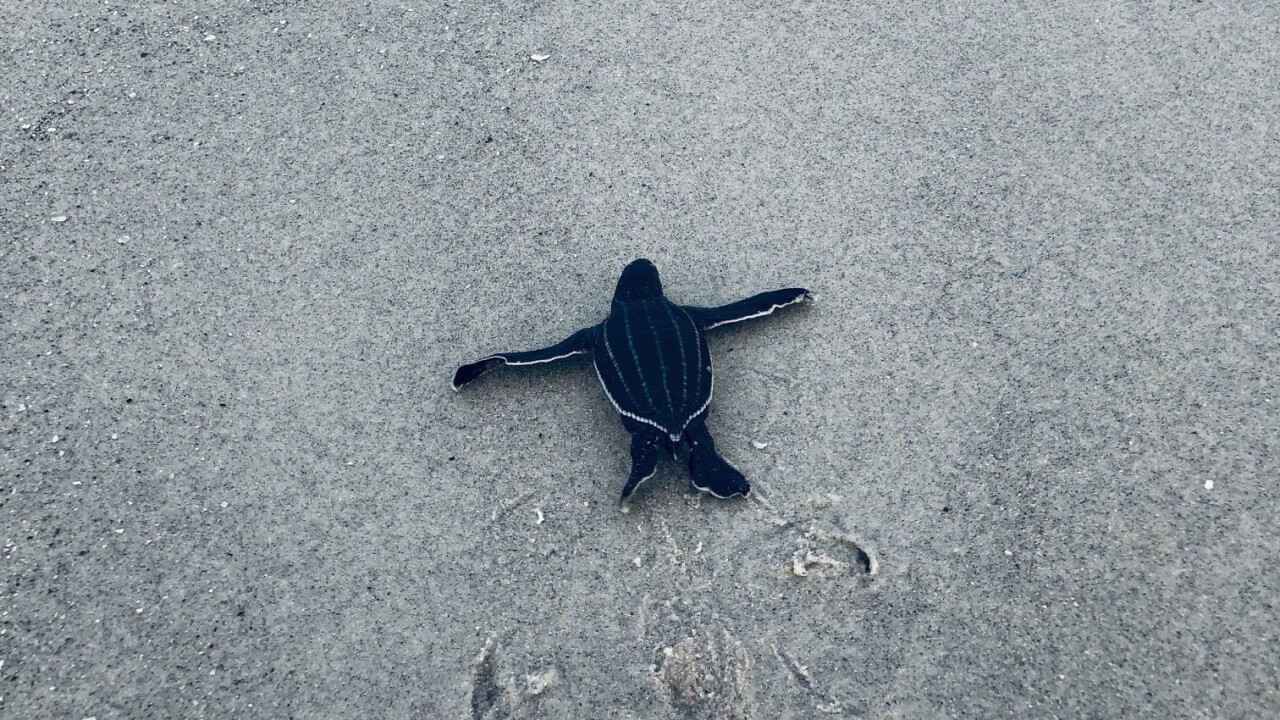 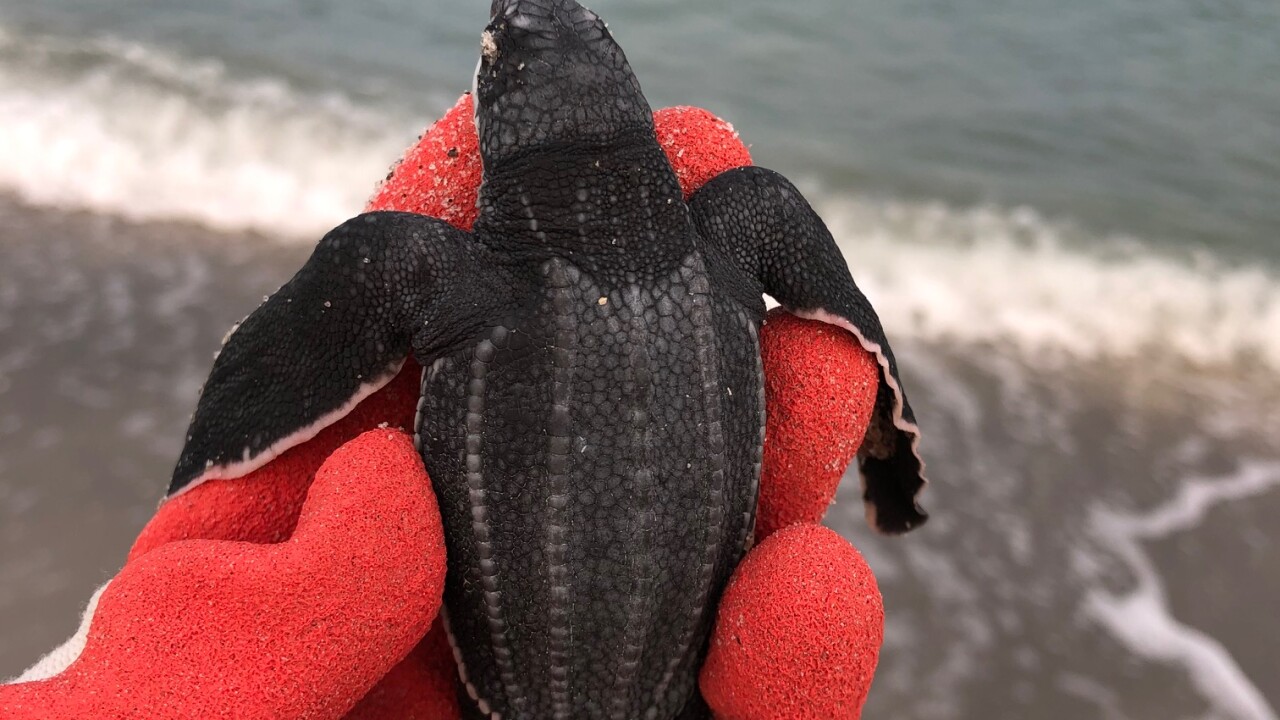 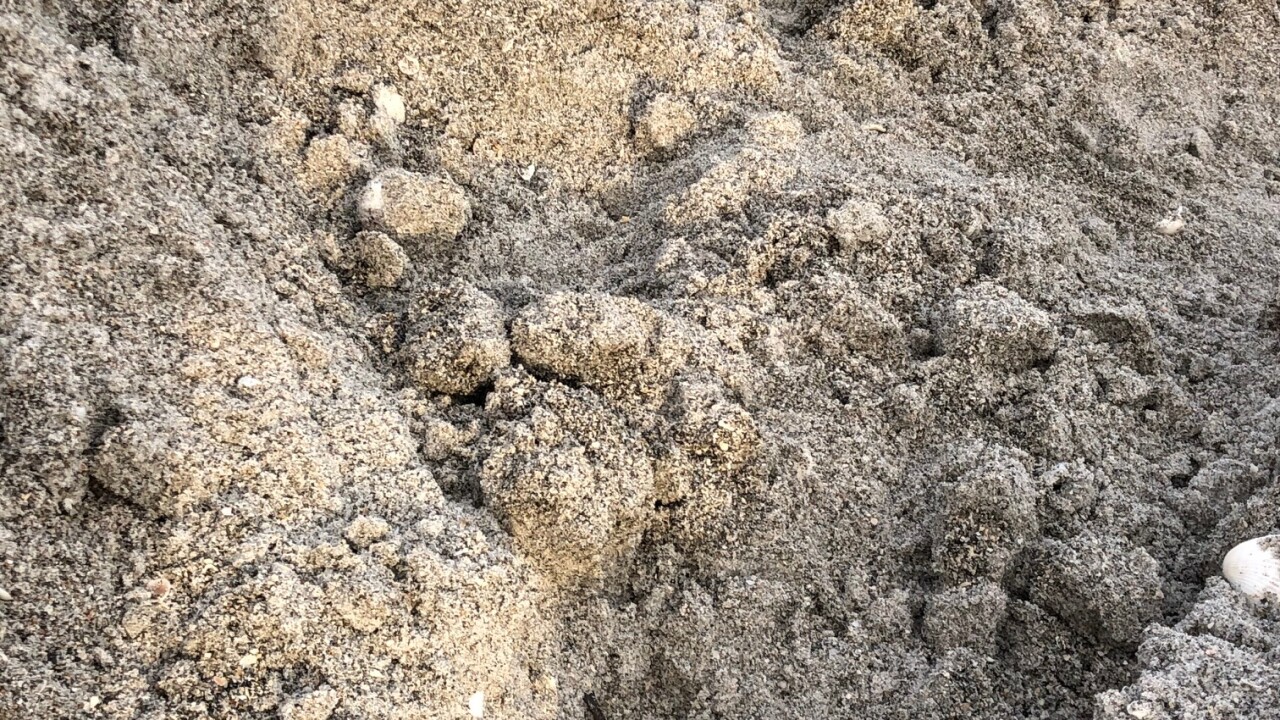 CAPTIVA, FLa. — The Sanibel Captiva Conservation Foundation documented the hatching of a leatherback sea turtle nest on Captiva Island, a very rare occurrence for the Gulf Coast of Florida.

Kerry Salatino, an SCCF Volunteer, saw that the leatherback nest had hatched on Sunday morning and was able to photograph two hatchlings that were still making their way the sea.

One of the small, black turtles, which are more than double the size of loggerhead hatchlings, fell into a hole that hadn’t been filled in by beachgoers.

The hatching marked the first time a leatherback nest has been documented on Captiva, which also surpassed its record for the most loggerhead nests ever recorded on Sunday, with 196.

“Fire ants were invading the nest, so we inventoried the nest immediately instead of waiting the standard three days. A total of 56 hatchlings made it to the Gulf of Mexico,” said SCCF Coastal Wildlife Director Kelly Sloan.

In August 2009, a leatherback nest was hatched on Sanibel Island, a first for all of Lee and Collier Counties. The largest of the seven species of sea turtles found worldwide. Leatherback sea turtles very rarely nest on Gulf coast beaches.

The leatherback sea turtle is larger, dives deeper, travels farther, and tolerates colder waters than any other sea turtle. Most leatherbacks average 6 feet in length and weigh from 500 to 1,500 pounds. At a little over 5-feet-long, Juniper is an average-sized leatherback.

“While we don’t have visual confirmation that the nest that hatched on Captiva was laid by Juniper, we are pretty confident these are Juniper’s offspring,” said Sloan.

The first documented leatherback nest was inundated by the tides and surf of TS Cristobal and did not hatch.

In May, Sloan reached out to biologists with Florida Leatherbacks Inc (FLI), a nonprofit dedicated to researching leatherback turtles that nest on the east coast of Florida. Chris Johnson and Kelly Martin, of FLI, successfully placed a satellite tracking device on Juniper while she was nesting on Sanibel on May 19.