Gator found tied up and stuck with arrows 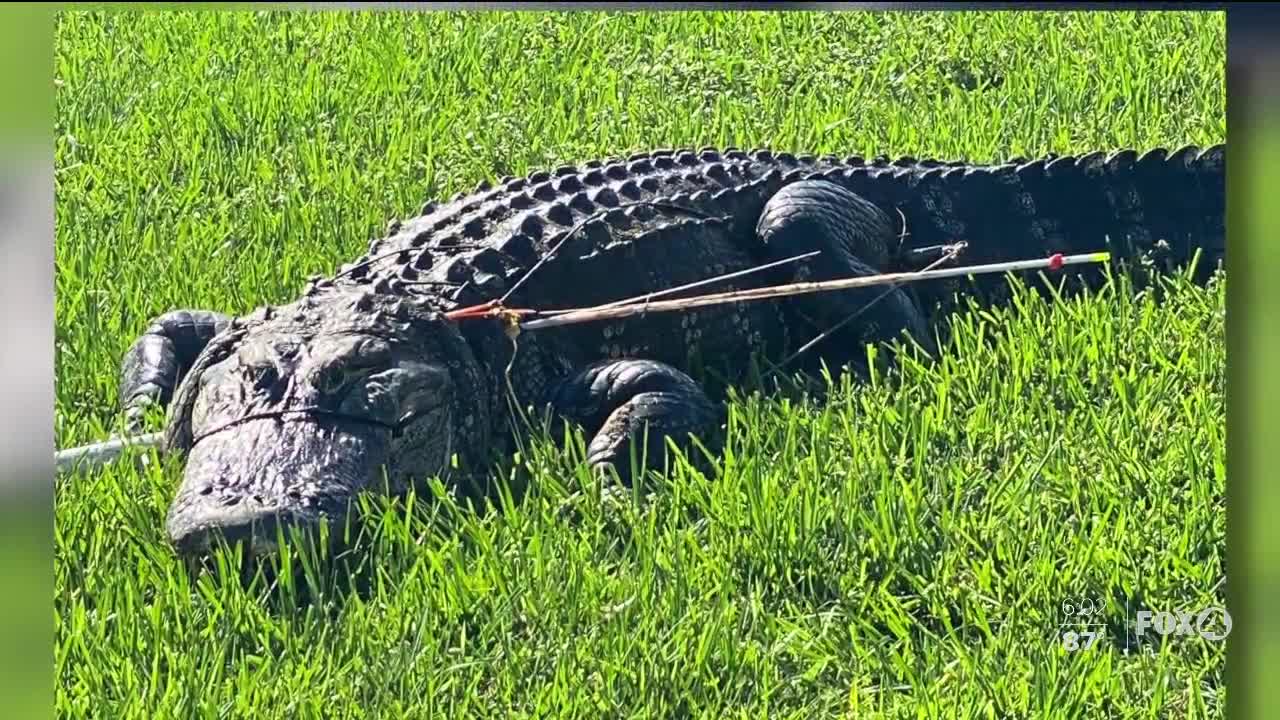 Neighbors in Fort Myers found a gator with two arrows piercing its side and a rope tied around its neck and webbed foot. 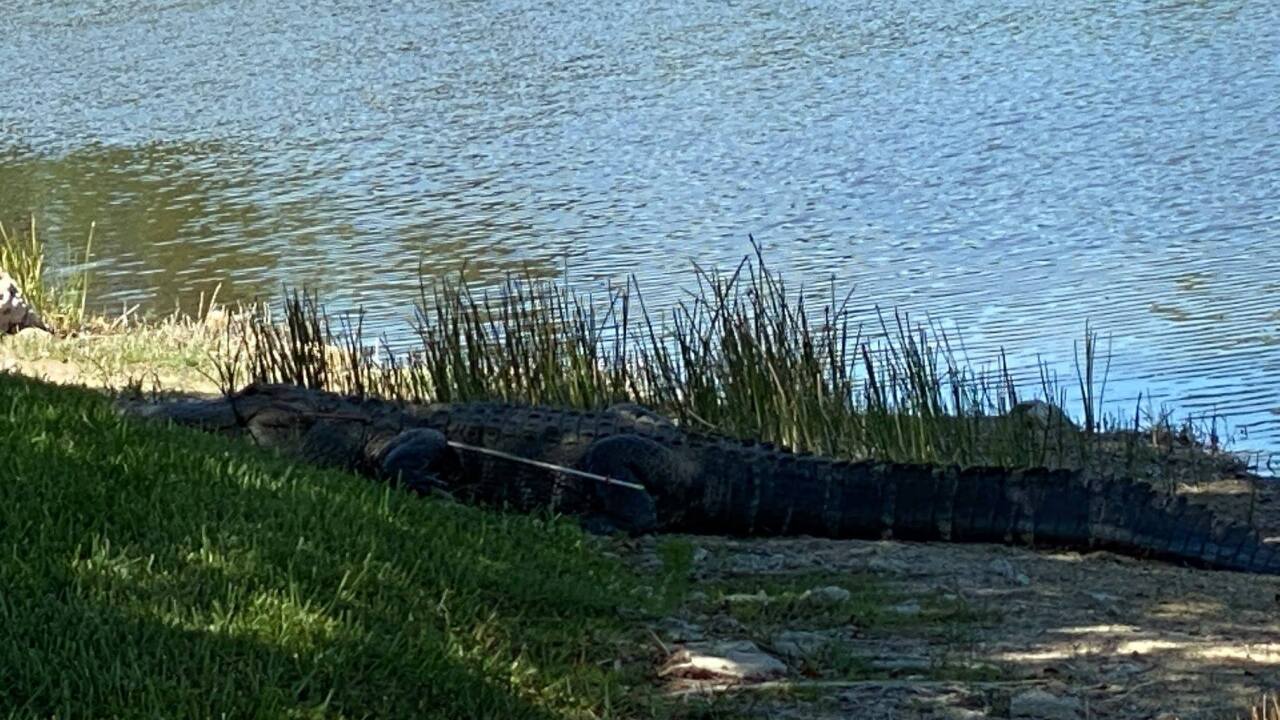 FORT MYERS, Fla. — Gator danger. But, not to people or other animals. Southwest Florida Crime Stoppers say there’s someone out there who’s a danger to a Fort Myers alligator.

People living on Oak Hill Loop found an 11-foot gator with its snout roped shut and arrows sticking out of its side.

Neighbors like Kevin Arias saw it struggling with its snout roped closed and two arrows piercing its neck.

“It’s just not right to shoot and hurt a wild animal. They never did anything to him I’m sure,” he said. “I just can’t believe people are shooting gators and have the courage to tie their mouth after. That seems a little dangerous even after you shot him twice.”

Homeowners Association President Harvey LaPoint thinks it could’ve been an attempt to poach or hunt the gator.

“The gator was much too big for whatever they were trying to poach him with,” he said.

Routte said a neighbor called Lee County Sheriff’s Office when they found the gator in a neighbor’s backyard. She said harming alligators when its not hunting season is a felony and could land you behind bars.

“It’s not like the alligator was attacking an animal or attacking a person. This was a blatant act of violence against this animal,” she said.

Crime Stoppers is offering up to a $3,000 reward for anonymous tips that could lead to an arrest.

Alligator hunting season starts in August, but you need a permit to participate.

If you know anything about this illegal act of animal cruelty - PLEASE call Crime Stoppers at 1-800-780-TIPS.

You will remain anonymous and could be eligible for a cash reward of up to $3,000.