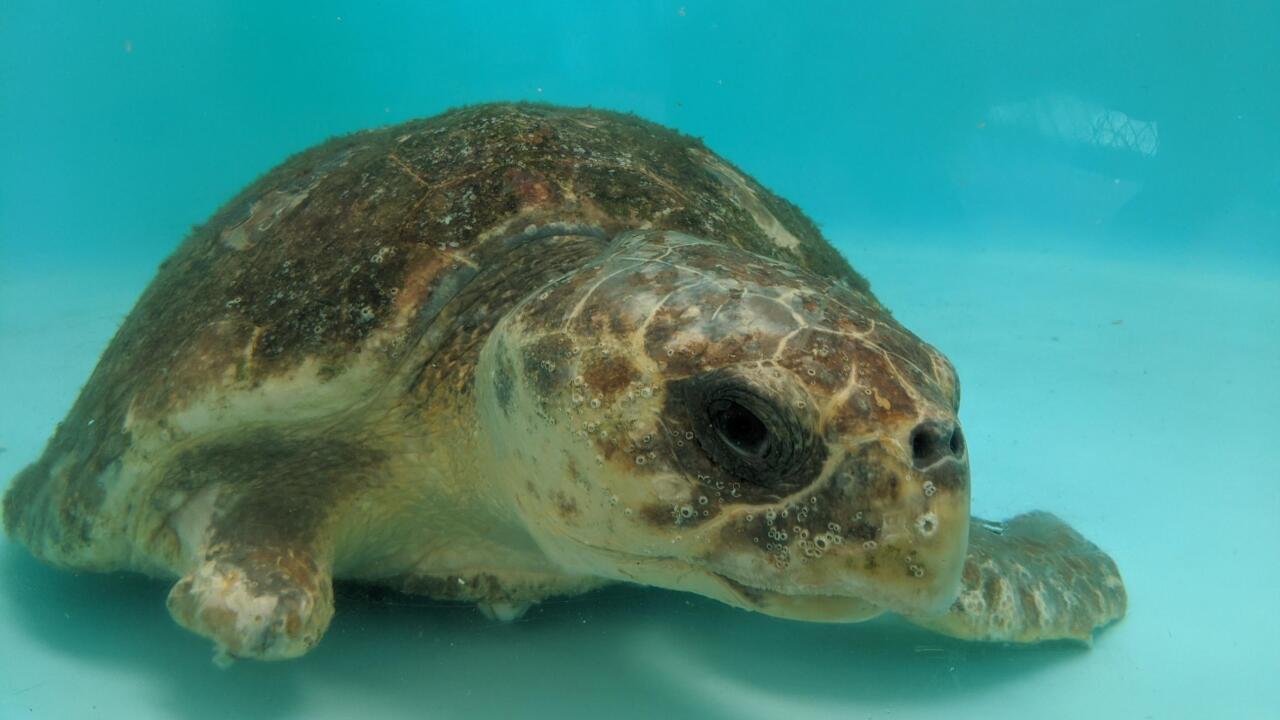 SANIBEL, Fla — A loggerhead sea turtle is now back in the wild after it was released on Sanibel.

The loggerhead sea turtle was receiving care at the Clinic for the Rehabilitation of Wildlife.

It was rescued on August 18th near Beach Access #5 on Sanibel.

Staff members say the turtle had a missing right front flipper that appeared to be an older injury.

Veterinarians say the turtle was dehydrated, anemic, and under weight.

It also had barnacles on its shell, underside and mouth.

After treatment it was transferred to an outdoor rehab tank filled with freshwater.

The sea turtle was tagged with a flipper tag and passive integrated transponder before it was released.