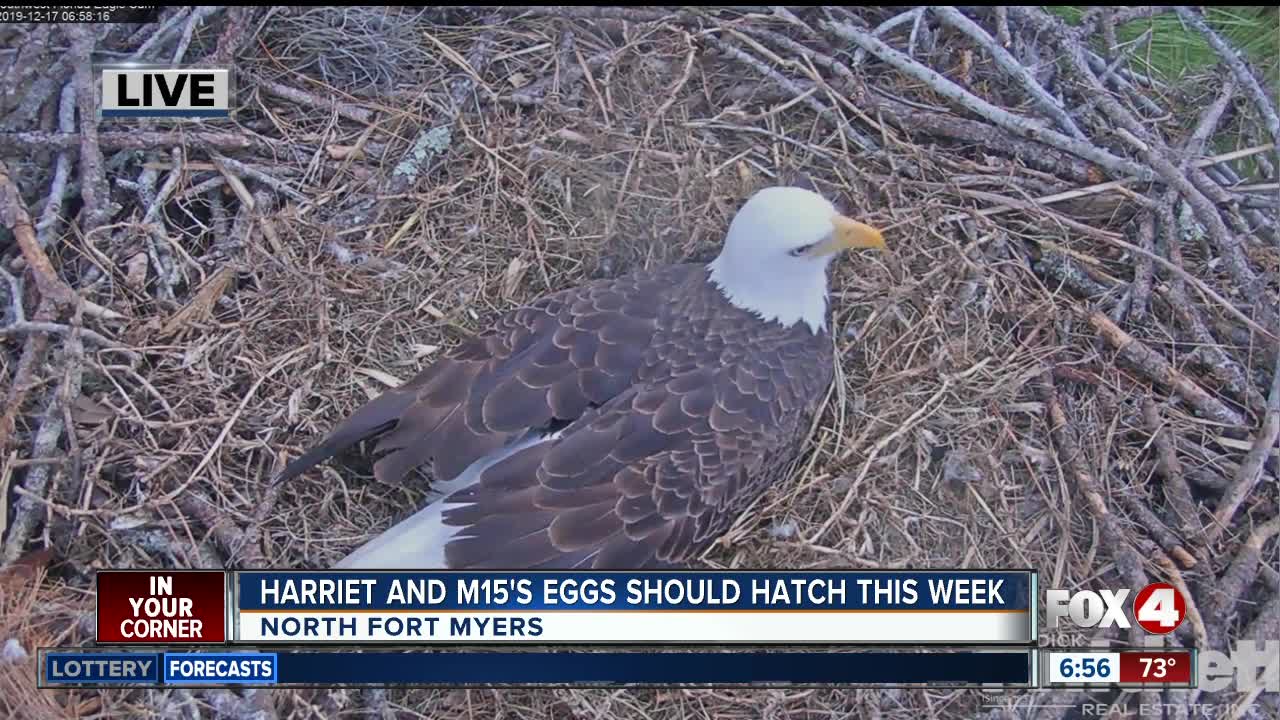 Their first egg is due to hatch within the next day, and the second egg is expected to hatch in about five days.

NORTH FORT MYERS, Fla. -- We are currently on Hatch Watch at the North Fort Myers bald eagle nest of Harriett and M-15.

Their first egg is due to hatch within the next day, and the second egg is expected to hatch in about five days.

The two eagles have been switching off incubating their eggs, which need to maintain a temperature of 105 degrees.

Two to three days before hatching, Harriet and M-15 should hear and feel movement inside the eggs.

Their nest is featured on the popular Southwest Florida Eagle Cam website, where viewers can get an up-close look at the nest 24 hours a day.

This is the pair's 5th nesting season together, and have produced two eggs every year. Harriet was previously paired with an eagle known as Ozzie beginning in 2006 until his passing in 2015.