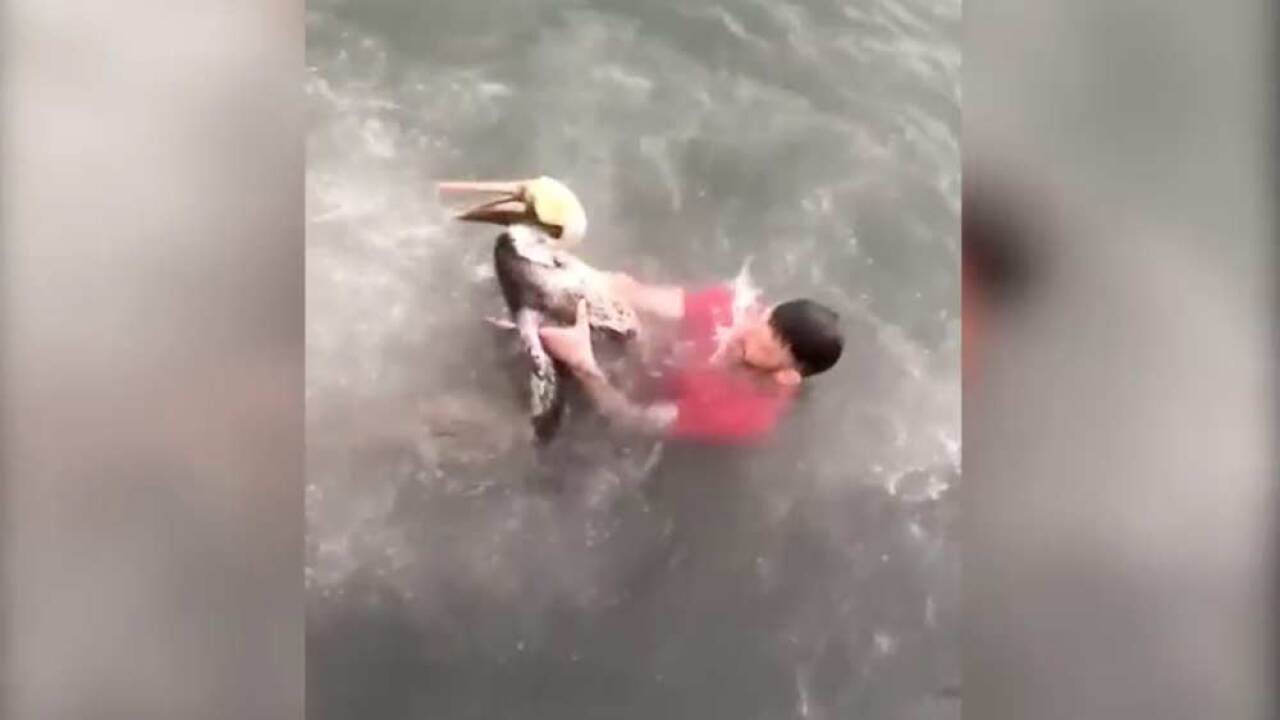 The Florida Fish and Wildlife Conservation Commission has filed charges against a man seen on video jumping in the water to tackle a pelican.

The viral internet video of Hunter Hardesty, of Davidsonville, Maryland, jumping on a state and federally protected pelican in the Florida Keys was posted earlier this month.

The video shows Hardesty leaning over the water near the edge of a harbor that's geotagged to the Florida Keys. It shows him then jumping off the harbor and landing on top of the pelican, launching a scuffle punctuated by the laughter of onlookers.

The bird then slapped Hardesty across the face with its beak and fled.

On Wednesday, in consultation with the Monroe County State Attorney's Office, FWC filed charges against the man for conservation violations regarding brown pelicans committed on or about March 3 in Key West.

He is charged with:

• One count of violation of Florida Administrative Code 68A-4.001(5) – Intentional Feeding of Pelicans, a second-degree misdemeanor

Florida officials are working with police in Maryland to secure his arrest.