Florida shuts down Apalachicola Bay, known nationally for its oysters, for 5 years 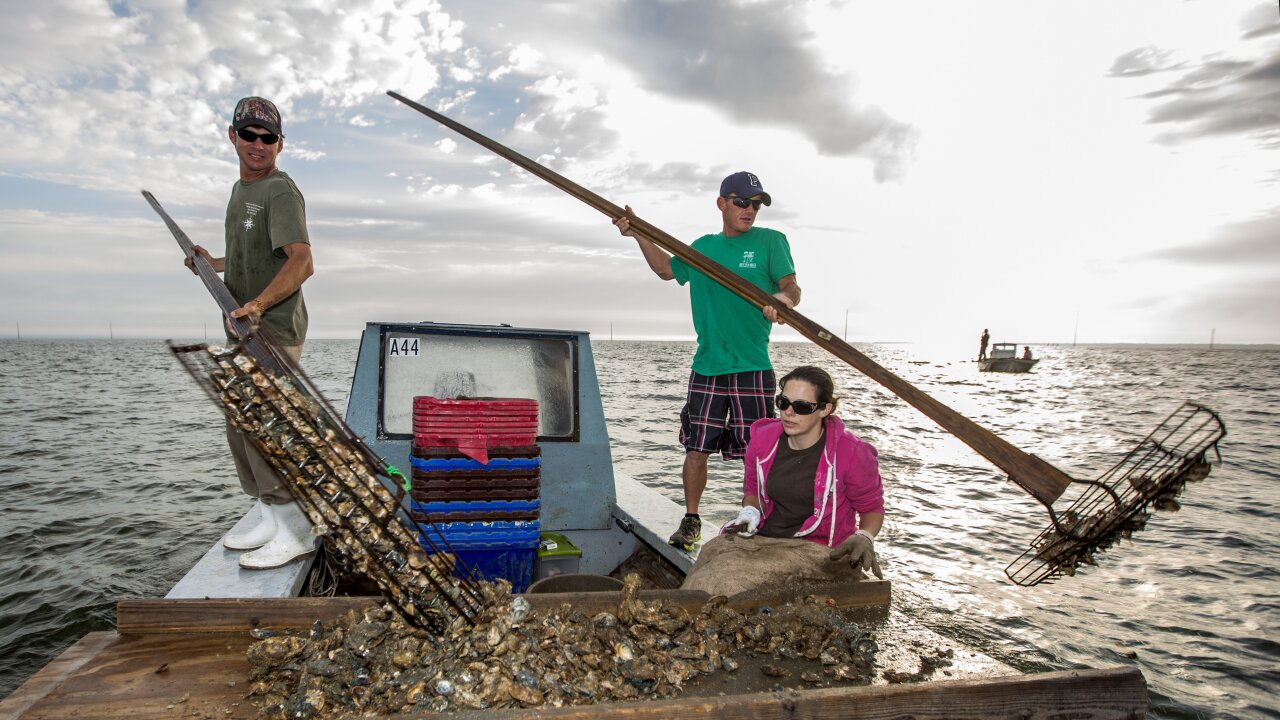 Mark Wallheiser/AP
FILE - In this April 2, 2015, file photo, Gene Dasher, left, and Frankie Crosby, center, use wire baskets on the end of 14-foot handles to tong oysters while Misty Crosby separates clumps of oysters at Apalachicola Bay, near Eastpoint, Fla. The Florida Fish and Wildlife Conservation will shut down wild oyster harvesting for as long as five years. The Commissioners hope that the pause and $20 million in restoration and monitoring, will restore a portion of the oyster fishery. (AP Photo/Mark Wallheiser, File)

FRANKLIN COUNTY, Fla. (WTXL/AP) — The Florida Fish and Wildlife voted unanimously to shut down oyster harvesting in Apalachicola Bay through the end of 2025.

The FWC voted unanimously Wednesday for the closure what will deal a blow to the area.

The commission issued an emergency order in July shutting down oyster harvesting on Aug. 1 as it considered the five-year shutdown at Wednesday's meeting. Officials said that if conditions improve more quickly, they may end the closure sooner.

Under the new rule, on-the-water possession of wild oyster harvesting equipment, such as hand tongs, would also be prohibited through December 31, 2025. The rules will not apply to oyster aquaculture operations.

During the closure, FWC’s large-scale restoration project will be ongoing on for five years and the largest portion of funding, nearly $17 million, will go directly toward forming 1,000 acres of oyster reef habitat.

The industry has struggled for years, in large part due to a drain on freshwater flowing into the bay.

Since 2013, harvest has dropped dramatically. That drop has been attributed to low freshwater flow into the basin, fewer adult oysters each year, high juvenile mortality, and natural degradation of existing reefs.

Additionally, the dockside value of wild oysters harvested from Apalachicola Bay has declined by 98 percent since 2012.