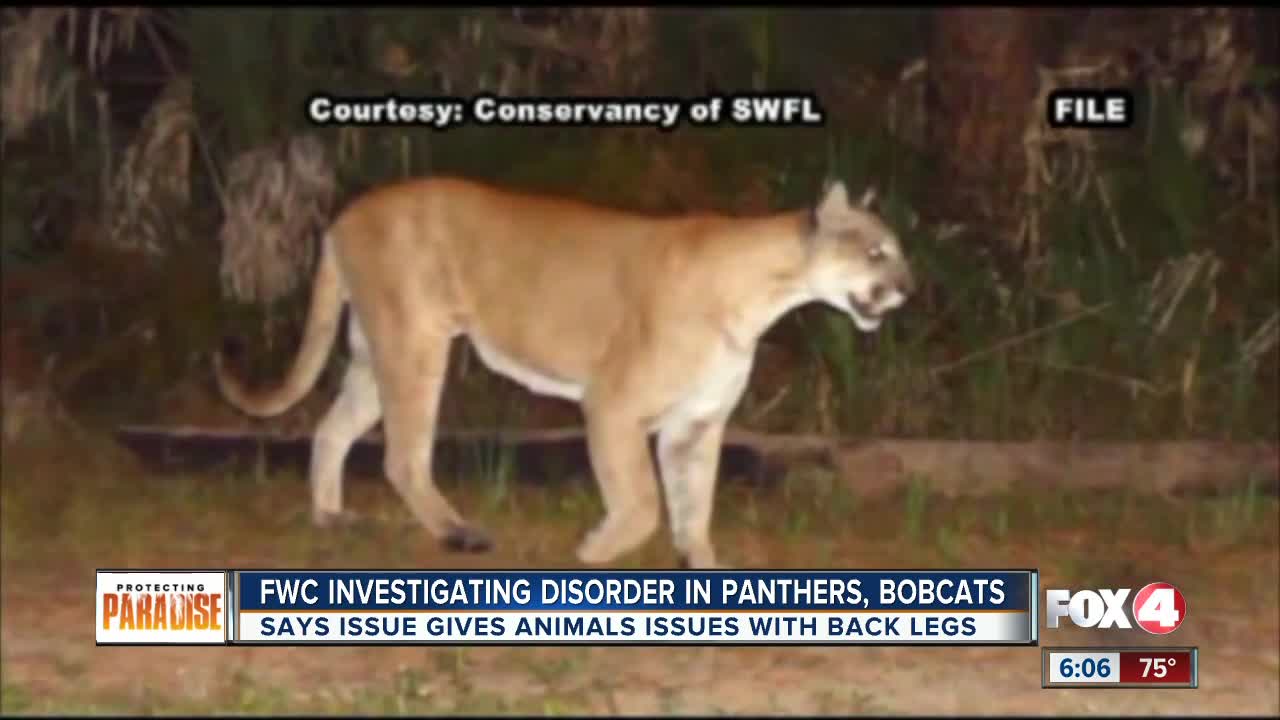 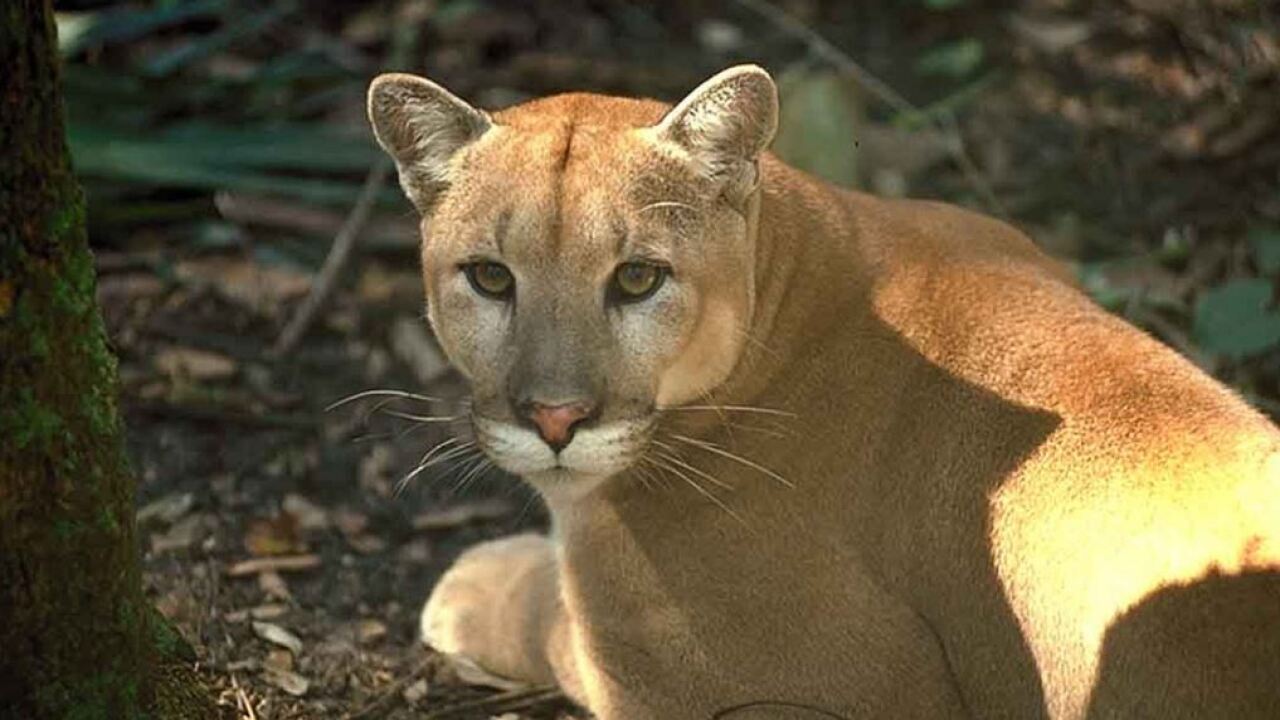 LEE COUNTY, Fla. -- Florida Fish and Wildlife is investigating a disorder detected in some Florida panthers and bobcats. All the affected animals have exhibited some degree of walking abnormally or difficulty coordinating their back legs.

As of August 2019, the FWC has confirmed neurological damage in one panther and one bobcat. Additionally, trail camera footage has captured eight panthers (mostly kittens) and one adult bobcat displaying varying degrees of this condition. Videos of affected cats were collected from multiple locations in Collier, Lee and Sarasota counties, and at least one panther photographed in Charlotte County could also have been affected.

The FWC has been reviewing videos and photographs from other areas occupied by panthers but to date the condition appears to be localized as it is only documented in three general areas.

“While the number of animals exhibiting these symptoms is relatively few, we are increasing monitoring efforts to determine the full scope of the issue.” said Gil McRae, director of FWC’s Fish and Wildlife Research Institute. “Numerous diseases and possible causes have been ruled out; a definitive cause has not yet been determined. We’re working with the U.S. Fish and Wildlife Service and a wide array of experts from around the world to determine what is causing this condition.”

The FWC is testing for various potential toxins, including neurotoxic rodenticide (rat pesticide), as well as infectious diseases and nutritional deficiencies.

The public can help with this investigation by submitting trail camera footage or other videos that happen to capture animals that appear to have a problem with their rear legs.

Files less than 10MB can be uploaded to the FWC panther sighting webpage. If you have larger files, please contact the FWC at Panther.Sightings@MyFWC.com.

Florida panthers are an endangered species native to Florida. To learn more about panthers, visit MyFWC.com/panther.