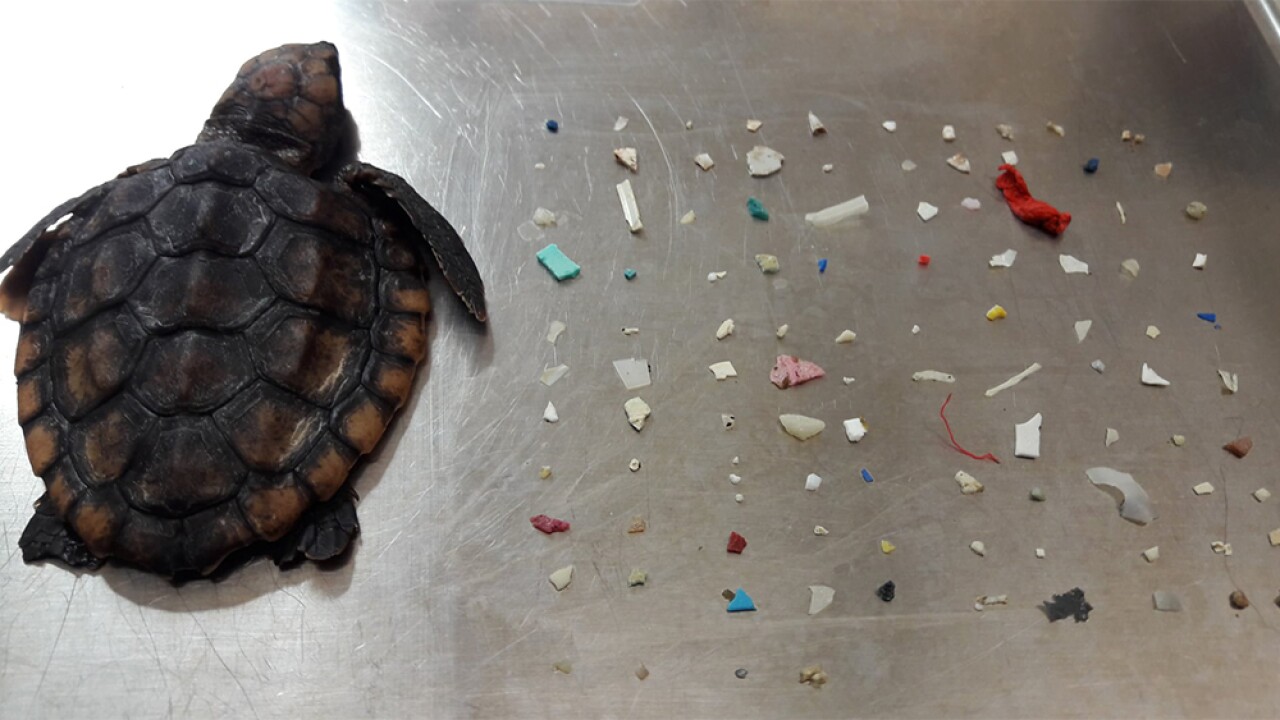 A troubling new photo is raising awareness and concerns about the dangers of plastics in South Florida waters.

Gumbo Limbo Nature Center of Boca Raton posted a photo on its Facebook page earlier this week showing a baby turtle that had eaten 104 pieces of plastic and tragically passed away.

In the picture, the small chunks of plastic are lined up next to the turtle, everything from balloons to bottle labels.

Gumbo Limbo said this time of year is known as "washback" season, where turtle hatchlings that made it out to the Gulf Stream are now starting to wash back up along our coast.

"It is safe to assume they each have plastic inside of them," said Whitney Crowder, the rehabilitation coordinator at Gumbo Limbo.

"Every single one that we have necropsied has had plastic in their system," said Crowder.

The rehab team at Gumbo Limbo is now working with other washback turtles, hoping they will recover and survive.

"It is a slow waiting game and unfortunately, a lot of them don't make it," said Crowder.

Scientists say microplastics form from plastic that ends up in the ocean through pollution. They break down into tiny pieces and get eaten by sea creatures.