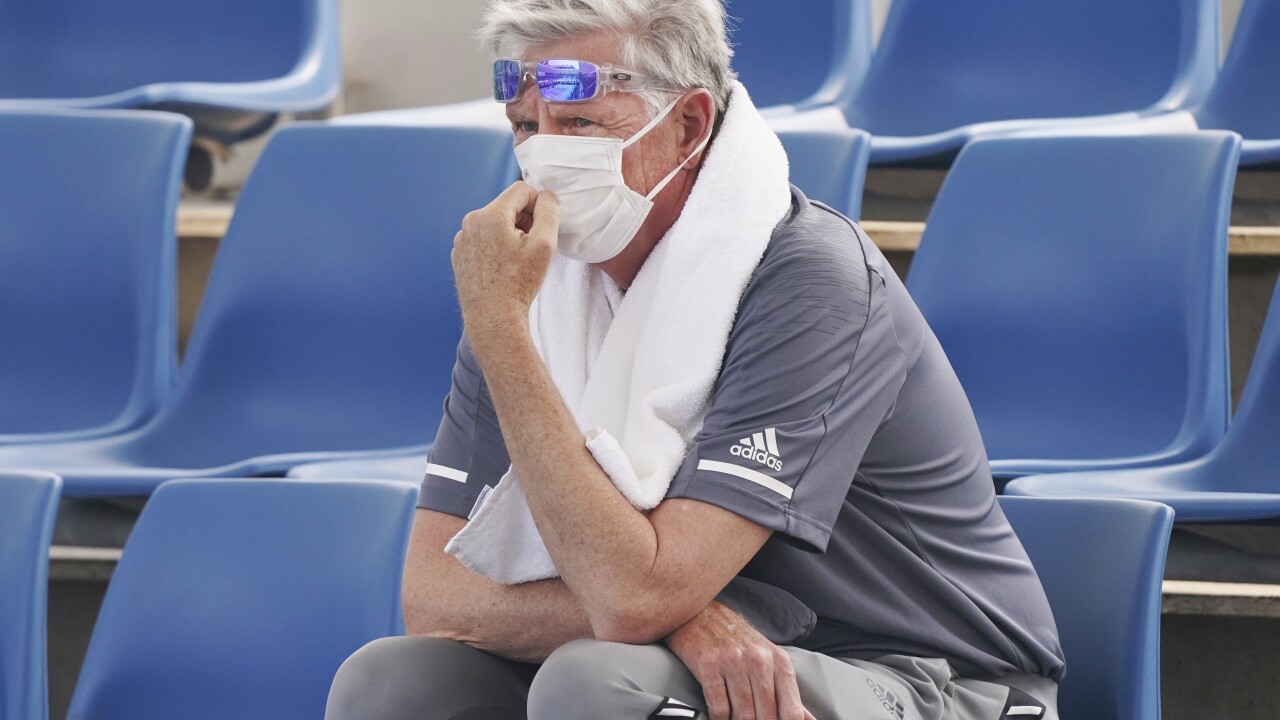 As the first tennis Grand Slam of 2020 gets underway Down Under, the Australian wildfires are already affecting competition.

On Tuesday, Dalila Jakupovic, the No. 180-ranked member of the WTA Tour, had to withdraw during competition at the Australian Open in the second set. Jakupovic began coughing during Tuesday's match, and said that breathing problems forced her to retire.

“I was really scared that I would collapse,” Jakupovic told Australian Associated Press . “I don’t have asthma and never had breathing problems. I actually like heat. The physio came again and I thought it would be better. But the points were a bit longer and I just couldn’t breathe anymore and I just fell on the floor.”

At an exhibition event also in Melbourne, umpires ended a match between Maria Sharapova and Laura Siegemund during the second set due to air quality.

"I started feeling a cough coming toward the end of the second set but I've been sick for a few weeks so I thought that had something to do with it," Sharapova told SBS.

Players are taking notice of the conditions in Melbourne.

Simona Halep, the No. 4 ranked WTA member, tweeted a link showing that the air quality index in Melbourne is "extremely unhealthy."

The Australian Open tweeted that it doesn't expect to cancel competition, but if conditions become too dangerous, matches will only be played at the venue's three indoor courts.

"In the unlikely case of extreme smoke conditions, the roofs will be closed on the 3 stadium courts and play will continue in their air-conditioned, air-filtered environment," the tournament said.

The fires have burned more than 15 million acres. Crews from the U.S. and other nations have been brought in to fight the fires.