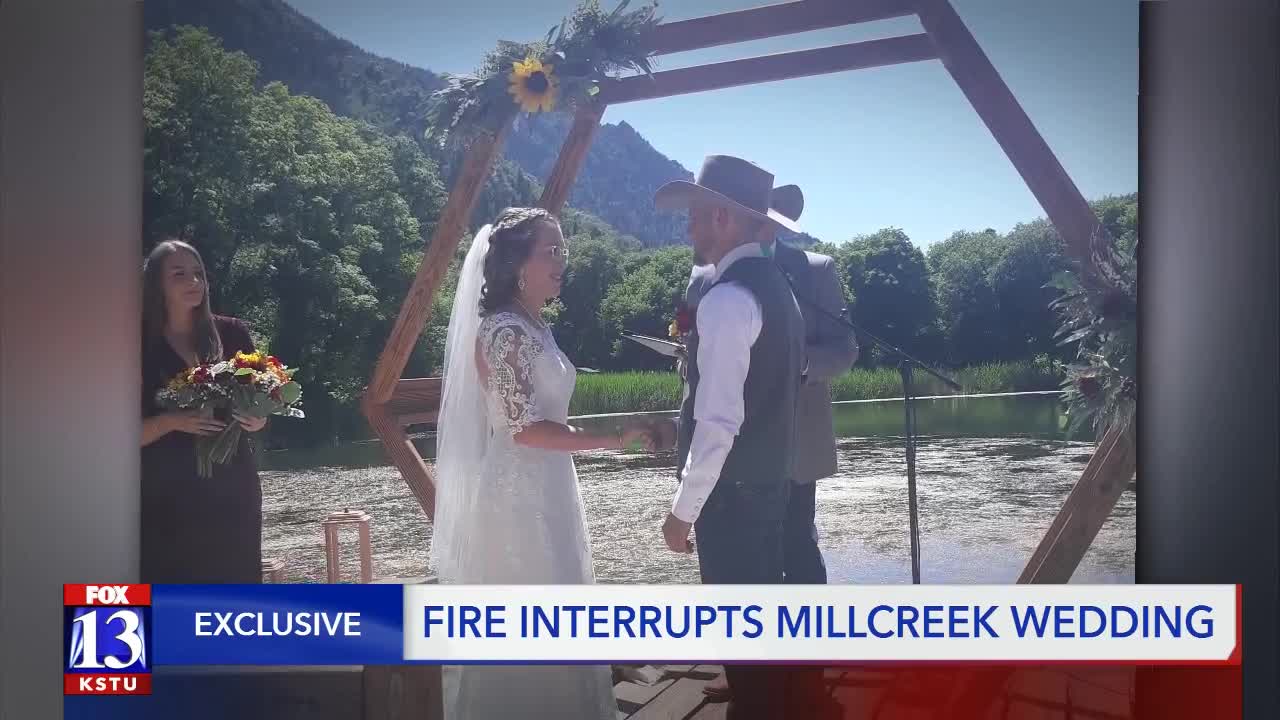 As the "Crestwood Fire" began to spread Saturday, one couple was trying to tie the knot in Millcreek Canyon. 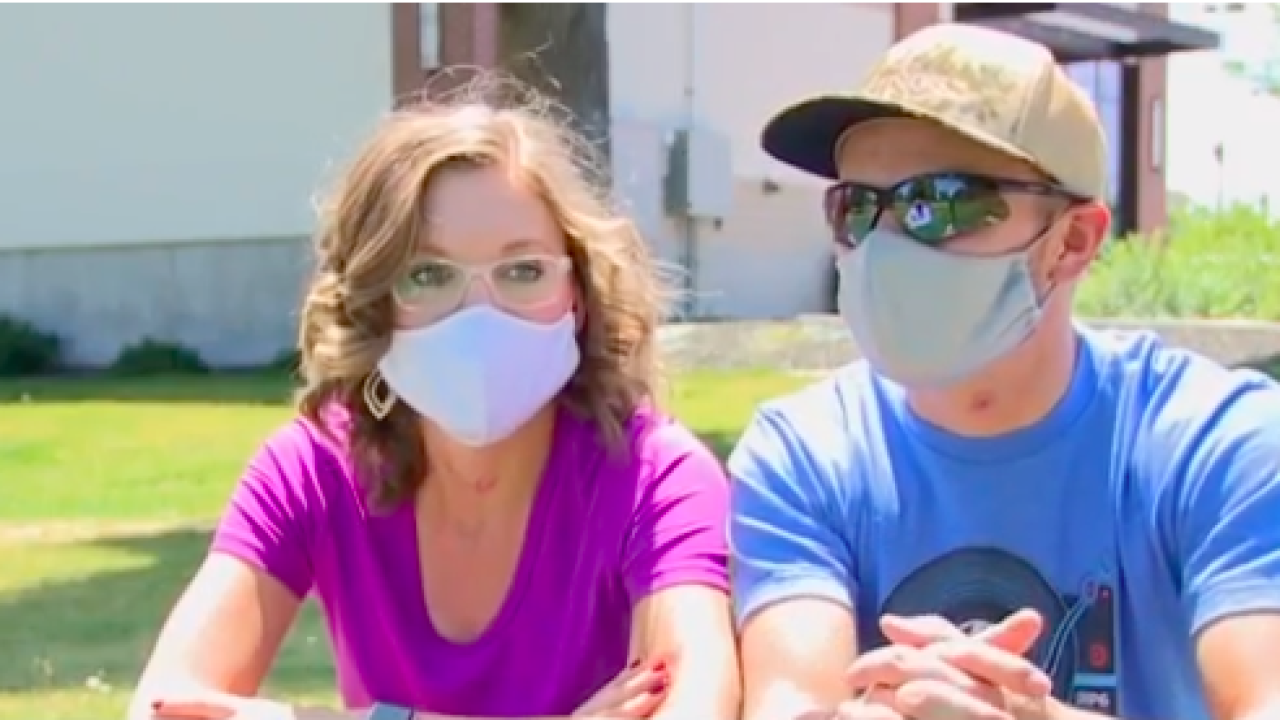 MILLCREEK CANYON, Utah - While fire crews were battling the "Crestwood Fire" Saturday near the base of Millcreek Canyon, homeowners and visitors in the canyon were busy packing and evacuating.

During all of the commotion, Riley Burrows and Kaitlin Larsen had just tied the knot and were meeting with their guests.

“We actually had a family friend come through the receiving line and told us that [the fire] had just started,” Larsen told FOX 13. “An officer then came up the line and told us we had about an hour before we had to leave. So everyone went crazy and started taking down all the decor… started getting us out of there as fast as we could.”

While some may be angry their wedding and reception was interrupted by a fire, the couple laughed, reminisced and were in good spirits about it while recounting their story.

“Our wedding worked out really well. We’re not disappointed that the fire happened — it was honestly quite the adventure,” Burrows said. Chiming in, Larsen added, “We now have a cool story: We were dealing with COVID, and now we can tell about a fire... Not everyone gets to say that!”

The pair was married in front of a pond, which was then turned into a resource for helicopter crews battling the fire from the air — but it made for some good pictures as well.

“They had two helicopters every five minutes coming in, coming down, getting water and taking off,” the pair said. “It was so cool. We all went out there and we had our photographer take a picture with us and it dropping right behind us, because it was like, 'We have to get this!'”

Even first responders came to honor the newlyweds.

“They came up and talked to us and gave us a little challenge coin and a hat and said they were so sorry," Larsen said. "Like, 'It’s not your fault! We appreciate what you’re doing to make it so we could finish as much as we could.'”

The two have been through a lot to get married like a lot of other couples during the pandemic, but despite the difficulties and the addition of the fire, they were happy for the story that they could tell. They also had a message to others in similar positions.

“Just stay hopeful. Regardless, you’re going to get married," they said. "Even if it’s just with close family and friends, you’re still getting married and that’s what matters.”

The pair overall wanted to thank all of their guests for making the day so special and for being with them on their special day, despite the difficulties of the pandemic and the fire breaking out.

The blaze was 90 percent contained as of Sunday evening. No homes or other structures were damaged, and no injuries were reported.

This story originally reported by Spencer Joseph on fox13now.com.