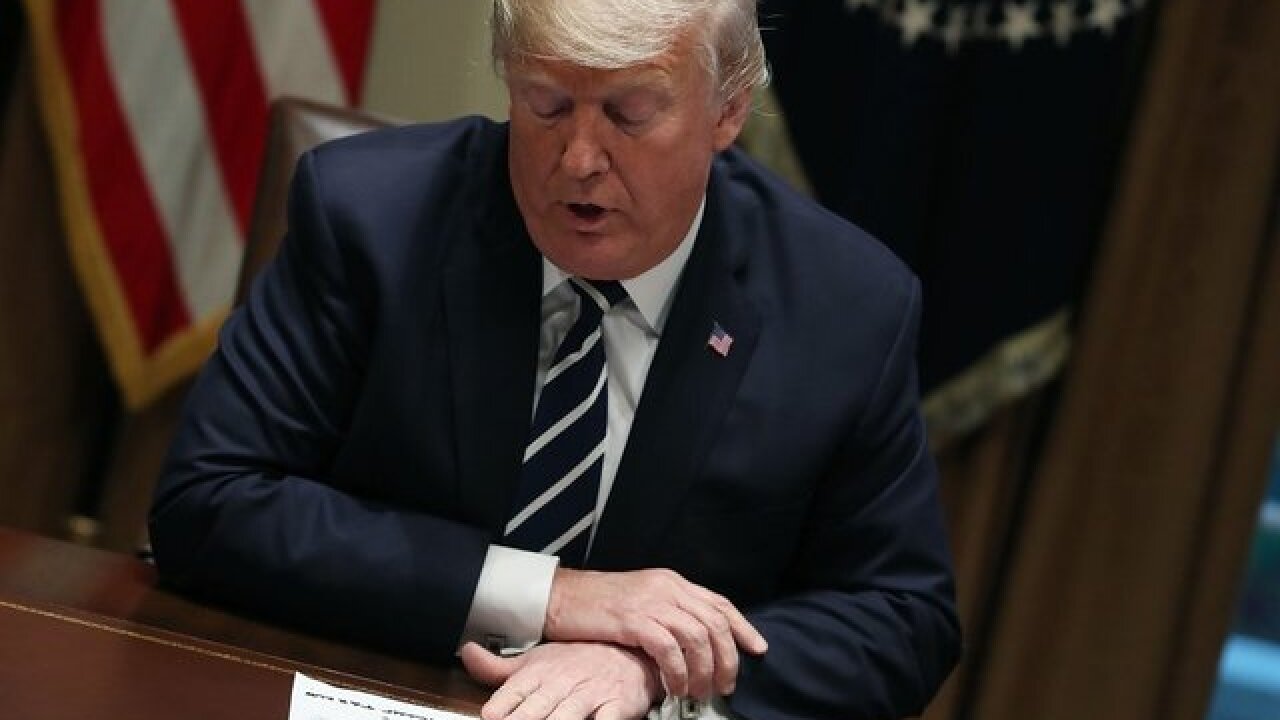 President Donald Trump now disagrees with a proposal raised by his Russian counterpart to interrogate Americans in exchange for assistance in the US-Russia probe, the White House said on Thursday, another reversal in a week of cleanup following a maligned summit with Vladimir Putin.

"It is a proposal that was made in sincerity by President Putin, but President Trump disagrees with it," press secretary Sarah Sanders said in a statement. "Hopefully President Putin will have the 12 identified Russians come to the United States to prove their innocence or guilt."

A day earlier, Sanders said the White House was entertaining a proposal raised by Putin in his summit talks with Trump on Monday. The Americans wanted for questioning by Moscow include Michael McFaul, the former US ambassador to Russia, and American-born financier Bill Browder, who successfully lobbied the US government to impose new sanctions on Moscow.

Sanders indicated on Wednesday that no final decision had been made but that the proposal was under consideration.

"The President's going to meet with his team and we'll let you know when we have an announcement on that," she said.

That response drew outcry from diplomats and lawmakers.