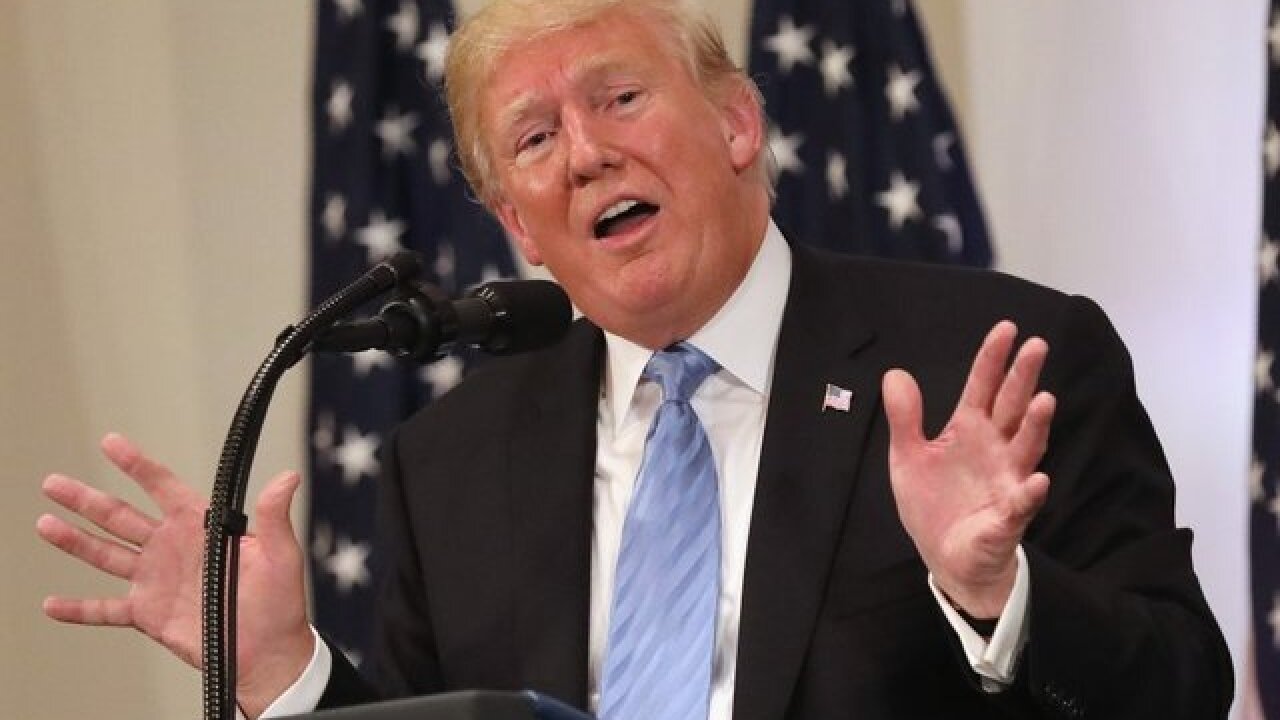 The Pentagon is preparing to send about 5,000 additional active duty troops to support border authorities' efforts to stop Central American migrants bound for the US, according to a defense official and an official familiar with the current plan.

The announcement comes days before midterm elections in which President Donald Trump has repeatedly warned of dangers related to immigration and of specific but unsubstantiated threats posed by the migrants, who are still weeks away from the US border.

The tweet to the President's 55.5 million followers came just two days after a man with virulently anti-immigrant views, who referred to immigrant "invasions," killed 11 people in a Pittsburgh synagogue.

"Please go back," Trump tweeted Monday to the migrants, who are some 900 miles away from the border and moving at a pace of 20 to 30 miles a day. "You will not be admitted into the United States unless you go through the legal process. This is an invasion of our Country and our Military is waiting for you!"

The migrants are seeking asylum, which can be applied for only once someone seeking protection from persecution or fleeing violence in their home country is inside another country or is at the border.

"Operation Faithful Patriot" is expected to start on November 5 and last until December 15, the defense official said. The current plan is to send the additional active duty troops to Brownsville, Texas, Nogales, Arizona and likely near San Diego, California.

Asked Monday whether the administration was considering closing the southern border, White House spokeswoman Sarah Sanders said, "we have a number of options on the table and we're exploring those."

The official said that while no final decision has been made, the commander of Northern Command, which will oversee the operation, has the authority to preposition forces. The troops will be deployed from Fort Bragg in North Carolina, Fort Campbell and Fort Knox in Kentucky and Fort Hood in Texas.

Last week, CNN reported that the US could send 800 or more troops to the border.

Trump has said migrant groups will be a central issue of the campaign and has repeatedly linked them to Democrats. He threatened to cut off aid to Central American countries that allow the estimated 6,500 people fleeing Honduras, Guatemala and El Salvador to continue moving north.

The officials emphasized the troops will be at the border to support civil authorities and that they are not expected to come into any contact with migrants. If the troops carry arms, it will be solely for self defense, the officials said.

Last week, Homeland Security Secretary Kirstjen Nielsen told Fox News that her agency had asked for defense department help to "bolster our capabilities" in an effort to avoid a repeat of clashes on the Guatemalan-Mexican border between some of the northbound migrants and Mexican troops.

Specifically, she said DHS has asked for air, engineering, logistics and planning support as well as vehicle barriers and "ways in which we can protect my officers and agents as well as the ports of entry themselves."

This deployment is separate from an ongoing National Guard effort to support border authorities with technical assistance. There are approximately 4,000 personnel authorized for that mission, but only 2,100 are currently in place, according to the Pentagon.

Asked why the President felt to compelled to send additional troops to do essentially the same thing, Sanders told reporters Monday that the "President's number one job and number one priority is protecting the safety" of Americans.