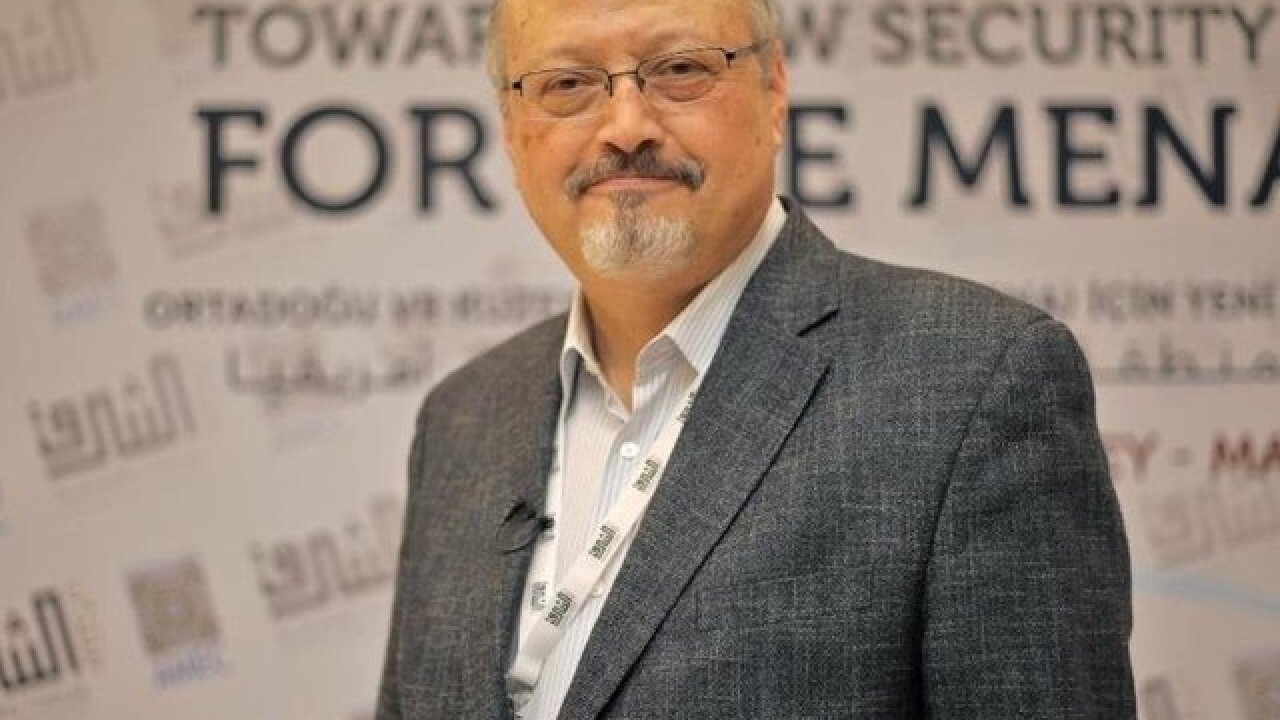 © 2018 Cable News Network, Inc.
Omar Shagleh/Getty
<p>The Washington Post says Saudi Arabia's announcement about the death of contributing columnist Jamal Khashoggi is not an explanation at all, but a "coverup."</p>

The Washington Post says Saudi Arabia's announcement about the death of contributing columnist Jamal Khashoggi is not an explanation at all, but a "coverup."

And the Post is putting even more pressure on President Trump, the U.S. Congress and other countries to hold the Saudis accountable.

"The Saudis cannot be allowed to fabricate a face-saving solution to an atrocity that appears to have been directed by the highest levels of their government," Post publisher and CEO Fred Ryan said.

Saturday's message from Ryan is the latest in a series of strong statements from the paper.

Ever since Khashoggi was reported missing on October 2, the Post has been lobbying for information about his whereabouts and justice for his death in the Saudi consulate in Istanbul.

The paper, which is owned by Amazon CEO Jeff Bezos, has put its full weight behind the Khashoggi case.

It has taken a multi pronged approach: Newsroom reporters have dug for information and filed multiple stories a day while opinion writers have written forceful editorials and columns. And Ryan has issued several statements, communicating on behalf of the paper as a whole.

"President Trump, Congress and leaders of the civilized world should demand to see verifiable evidence" about what happened to Khashoggi, Ryan said Saturday.

After nearly three weeks of saying it had no knowledge of Khashoggi's disappearance, Saudi Arabia on Friday said the journalist had died in an altercation involving more than a dozen Saudi officials at the country's consulate in Istanbul. Those responsible then tried to cover it up, a Saudi statement said. The Saudi announcement -- seemingly timed for Friday evening newscasts in the United States -- has been met by near-universal skepticism.

In a new editorial that was also published on Saturday, the editorial board said "Saudi Arabia and its regime should be treated as outlaws" for evading responsibility and accountability.

"Businesses that withdrew this week from an investment conference in Riyadh should continue to shun contact with the crown prince; Washington lobbyists should refuse to accept more of his cash," the editorial board wrote. "Congress should block all arms sales and deliveries. U.S. relations and cooperation with Saudi Arabia must continue but only after they have been put on a new footing."

The editorial concluded: "The first step in that process is determining the full truth about the Khashoggi murder and holding its likely author — Mohammed bin Salman — fully accountable."

Karen Attiah, who edited Khashoggi's Post columns for the past year, said Friday night that she's "freshly angry all over again."

She responded to the Saudi explanation of Khashoggi's death by calling it "utter bullshit."

Speaking on CNN on Saturday, Attiah said the Trump administration -- by seeming to accept the Saudi explanation is doing "PR work for the Saudi royal family, and it's unacceptable and it sends a chilling message to all journalists, all people who dare to criticize regimes that are authoritarian, that they can be persecuted, and the leader of the free world, the United States, will turn a blind eye."