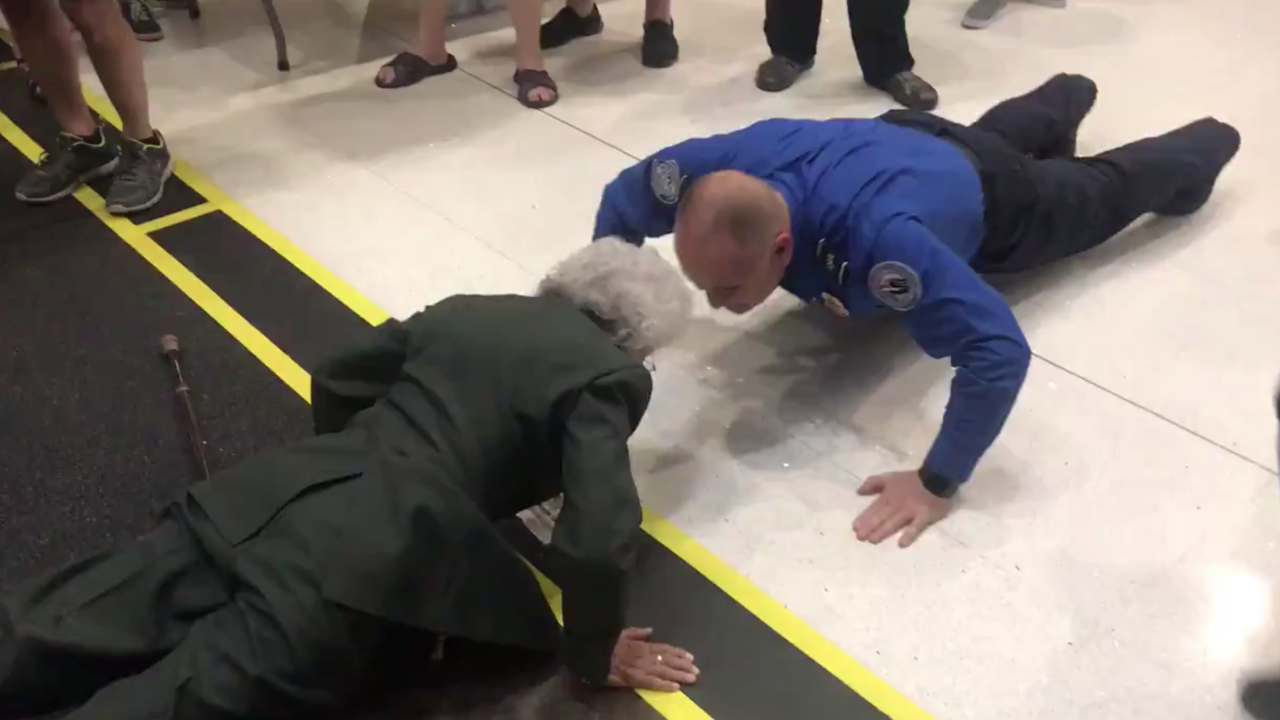 PHOENIX, Ariz. – Lt. Colonel Maggie DeSanti has still got it!

The 84-year-old Vietnam War nurse veteran challenged a TSA officer to 10 pushups before an Honor Flight took off in Phoenix on Tuesday.

Honor Flight Arizona shared a video of the heartwarming exchange on Twitter, adding that DeSanti still fits into her uniform.

Not only did DeSanti hold her own against the officer, she did it with a full leg brace that she has to wear after having a stroke, according to Honor Flight.

Honor Flight says DeSanti was 6 years old when World War II started and as an Army nurse, she rappelled from helicopters to treat the wounded in Vietnam.