Video shows Austin bomber blow himself up as officers closed in 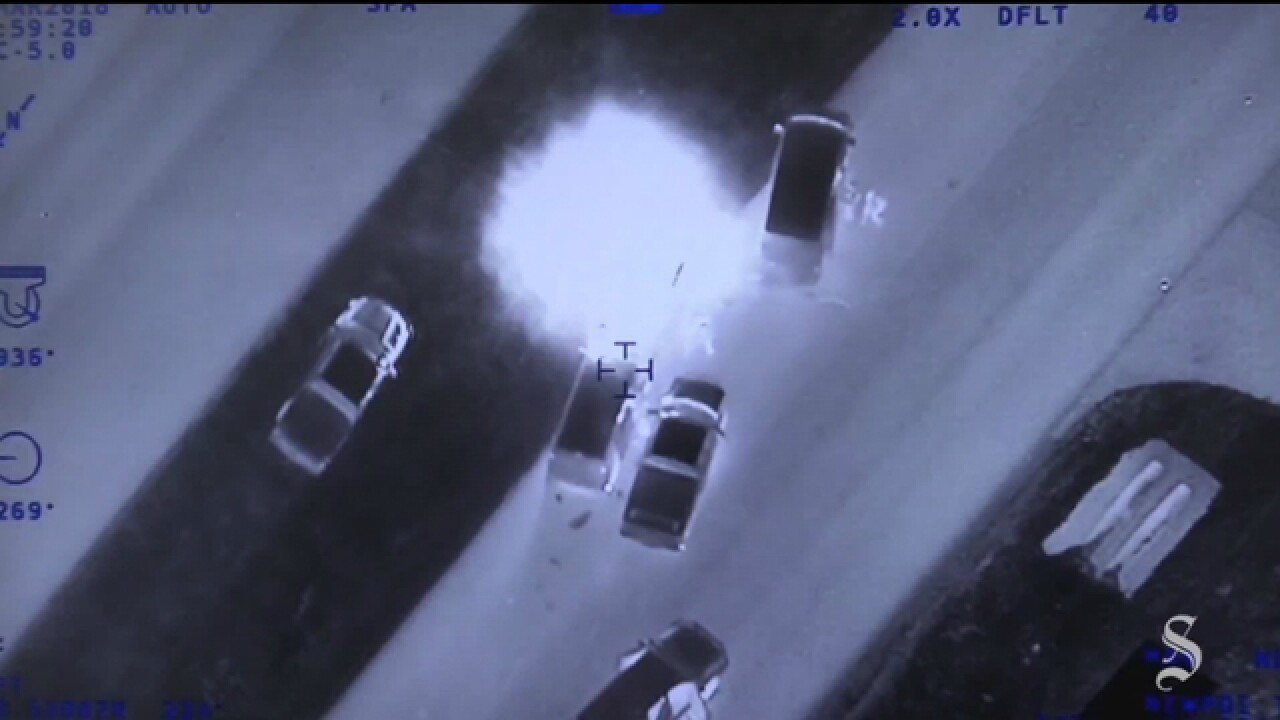 Newly released video from a Texas law enforcement helicopter shows the explosion that ended the life of Austin serial bomber Mark Conditt as pursuing officers tried to arrest him earlier this year.

The video, released by the Texas Department of Public Safety, shows just how close several officers were to being injured when the homemade bomb went off the morning of March 21.

Conditt was driving his SUV around 2 a.m. CT as tactical teams followed him near Round Rock, just north of Austin.

The video eventually shows one police van in front of the bomber's vehicle when another bumps it from behind. The SUV glances off the van in front and slides into the median between an access road and the highway.

An officer sprints up to the front passenger door and swings three times in an attempt to break the window. Another officer begins to take a potential shooting stance near the right rear of the SUV.

The imaging in the black-and-white video shows an explosion in the driver's seat area that sends debris to the left, out into the road. What looks like a piece of metal flaps from the door area.

Conditt, 23, was responsible for making seven devices, killing two people and wounding several others in Austin and near San Antonio over nearly three weeks. The series of bombs led to the deaths of two African-Americans and injured several others, including a Latina, raising fears of possible hate crimes.

The video was shown Friday morning at an open meeting of the Texas Department of Public Safety commissioners.