Bear wakes up man sleeping by the pool 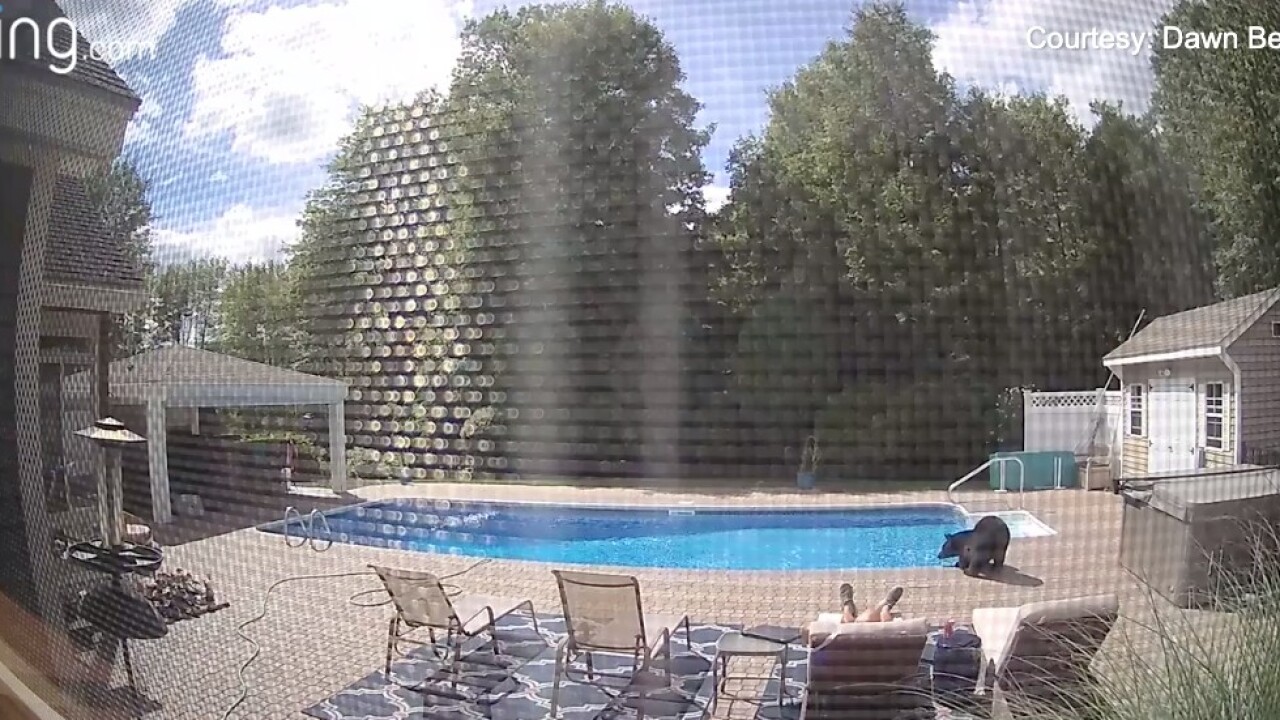 A sunny afternoon by the pool was interrupted by a black bear in central Massachusetts recently.

Matt Bete is taking a pool-side nap at his home in Greenfield, when a small bear wanders into his backyard. The gate was left open and the bear is seen on camera casually walking over to the pool for a drink.

The bear then sniffs around, walks over to the chair, and uses his paw to nudge Bete’s foot.

Bete was clearly surprised to see who had interrupted his nap. From the video, the bear was shocked, too, running away.

A few seconds later, the bear cautiously wanders closer to a now-awake Bete, who is holding up his cell phone to capture images of the animal. Then the animal runs off for good.

“Matt just stayed calm and knew he had a chair and stool there to protect him if he needed it,” said Matt’s wife, Dawn Bete, to CBS Boston. “Just crazy!”