US adds 1.8 million jobs in a sign that hiring has slowed 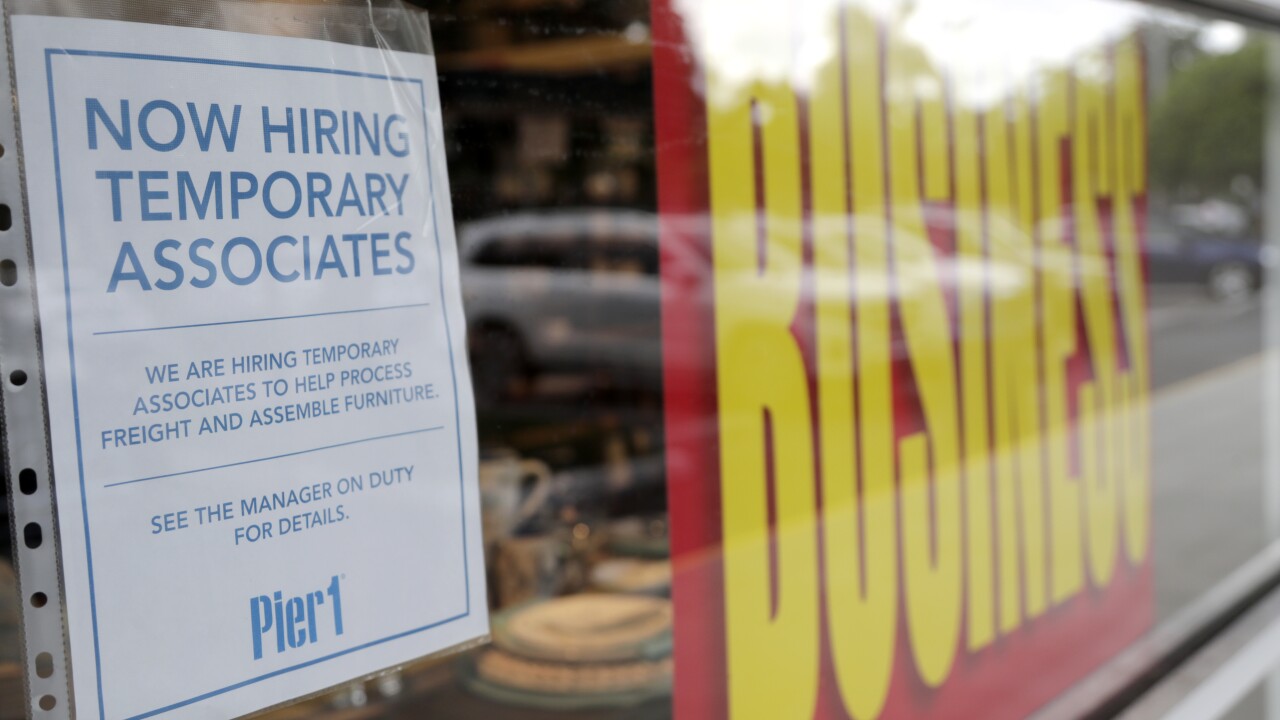 Copyright 2020 The Associated Press. All rights reserved.
Lynne Sladky/AP
A sign advertises hiring of temporary associates at a Pier 1 retail store, which is going out of business, during the coronavirus pandemic, Thursday, Aug. 6, 2020, in Coral Gables, Fla. The home goods retailer is going out of business and is permanently closing all of its stores. (AP Photo/Lynne Sladky)

WASHINGTON (AP) — The United States added 1.8 million jobs in July, a pullback from the gains of May and June and evidence that the resurgent coronavirus is stalling hiring and slowing an economic rebound.

With confirmed viral cases still elevated in much of the nation and businesses under continued pressure, many employers appear reluctant or unable to hire.

July’s job gain was much lower than June’s 4.8 million and May’s 2.7 million jobs, both of which were revised slightly.

Even counting the hiring of the past three months, the economy has now recovered only about 42% of the 22 million jobs it lost to the pandemic-induced recession, according to the Labor Department’s jobs report released Friday.