Unpredictable year for giving when charitable need is greater than ever 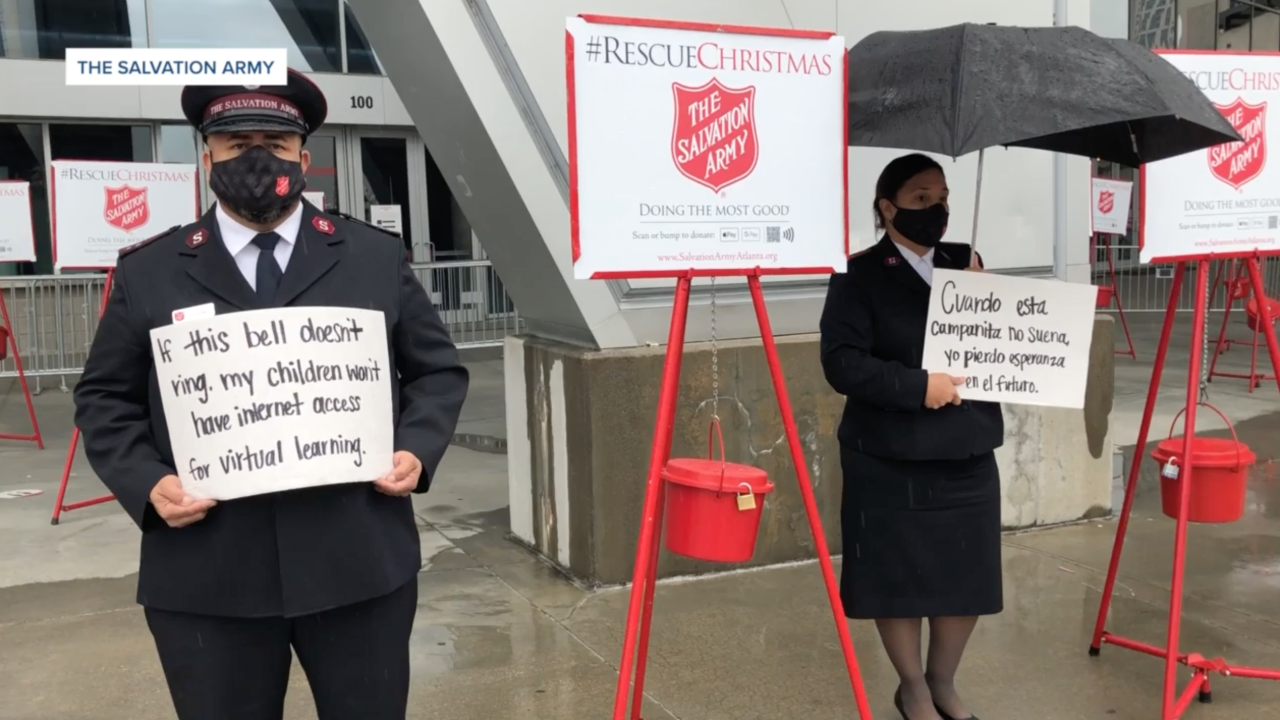 Like everything else this year, things have be unpredictable and unprecedented for charities who have had to change the way they structure their holiday fundraising. The need is greater than ever and organizations have had to get creative.

Even the Salvation Army bell will be different this year.

“There are fewer retail locations, people aren’t carrying as much cash as they have in the past, many are now unemployed,” says commissioner Kenneth Hodder, the national commander of the Salvation Army.

The organization has been serving those in need since 1865. Now grown to 131 countries and 7,600 centers, almost every ZIP code has a branch. The need this year, the commissioner says, is like a tsunami.

“In a typical year, the Salvation Army will serve about 52 million meals, for example. So far this year, we’re well over 110 million meals. The numbers have shot up astronomically,” Hodder said.

The organization has provided 1.5 million more nights of shelter in addition to 900,000 instances of emotional and spiritual support.

“As eviction moratoriums start to expire, as corporate capabilities to support people with furloughs or reduced hours decline, we’re anticipating a 155 % increase in the number of people coming to the Salvation Army for Christmas assistance,” Hodder said.

And, with the coronavirus pandemic, the Salvation Army decided to get creative. Launching "Kettle Pay,” which is what you'd think, you can pay at the kettle without touching anything.

“They’ll be able to bump their phone on the sign and electronically, the opportunity to give will come up on their phone,” Hodder said.

This year, the commissioner says, they've further refined the technology so that your digital gift at a particular location will benefit people in that same area.

Make-A-Wish America has also launched a digital campaign for the holidays.

“In its purest form, Families for Wish is about families helping families, any family helping bring joy back into the lives of Wish families,” Madsen said.

The funds raised will also benefit local families who are supporting a child with a critical illness.

“We know holidays are going to look so different this year, we know people are looking for ways to stay connected even if they can’t be together this year and are looking for new traditions and we think Families for Wishes could be a part of that along the family’s timeline and when it makes sense for them,” Madsen said.

That new tradition, she says, is as easy as going to its website, creating a page, adding a family picture and launching your campaign.

“I bet people will be surprised to find how easy it is to collect donations this time of year. People are looking for new ways to replace traditional gifts and this could be part of that solution," Madsen said.

And while it seems like a few clicks on a website, or a few coins in a red kettle, wishes and hope are forever and charities are hoping you'll help this holiday season.