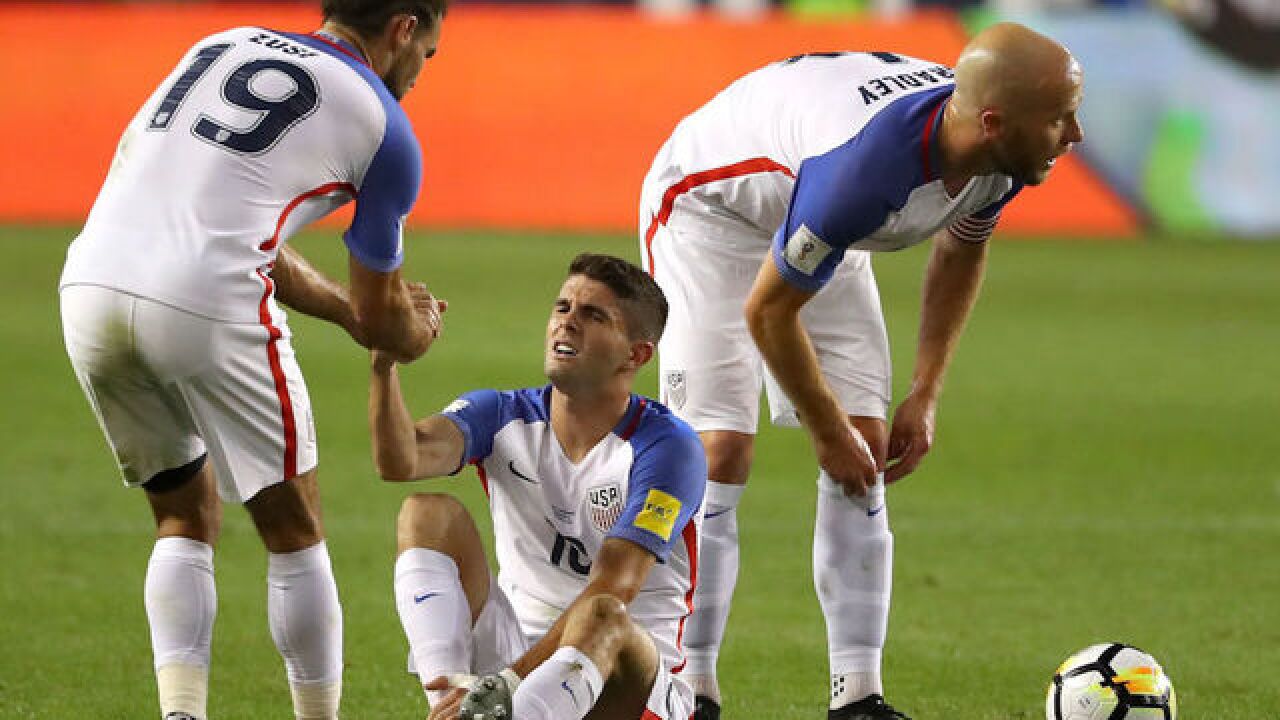 Copyright Getty Images
Mike Lawrie
<p>HARRISON, NJ - SEPTEMBER 01: Christian Pulisic #10 of the United States is helped up by teammate Graham Zusi #19 after a foul in the first half against Costa Rica during the FIFA 2018 World Cup Qualifier at Red Bull Arena on September 1, 2017 in Harrison, New Jersey. (Photo by Mike Lawrie/Getty Images)</p>

The United States Men's National Soccer Team missed out on an opportunity to clinch a spot in the 2018 World Cup by falling at Trinidad and Tobago 2-1 Tuesday night.

Due to Panama and Honduras picking up victories Tuesday night, the United States was eliminated from World Cup contention.

The 2018 World Cup will mark the first time since 1986 that the United States failed to qualify for the World Cup.

The results of Tuesday meant the United States finished in fifth place.

The United States trailed 2-0 in the first of Tuesday's match, but a Christian Pulisic goal pulled the US within a goal at 2-1. Later in the second, Clint Dempsey fired a shot off the post. A game-tying goal would have kept the US in World Cup contention, but the US came up empty looking for the equalizer.