12 sea lions have been shot since Sept. 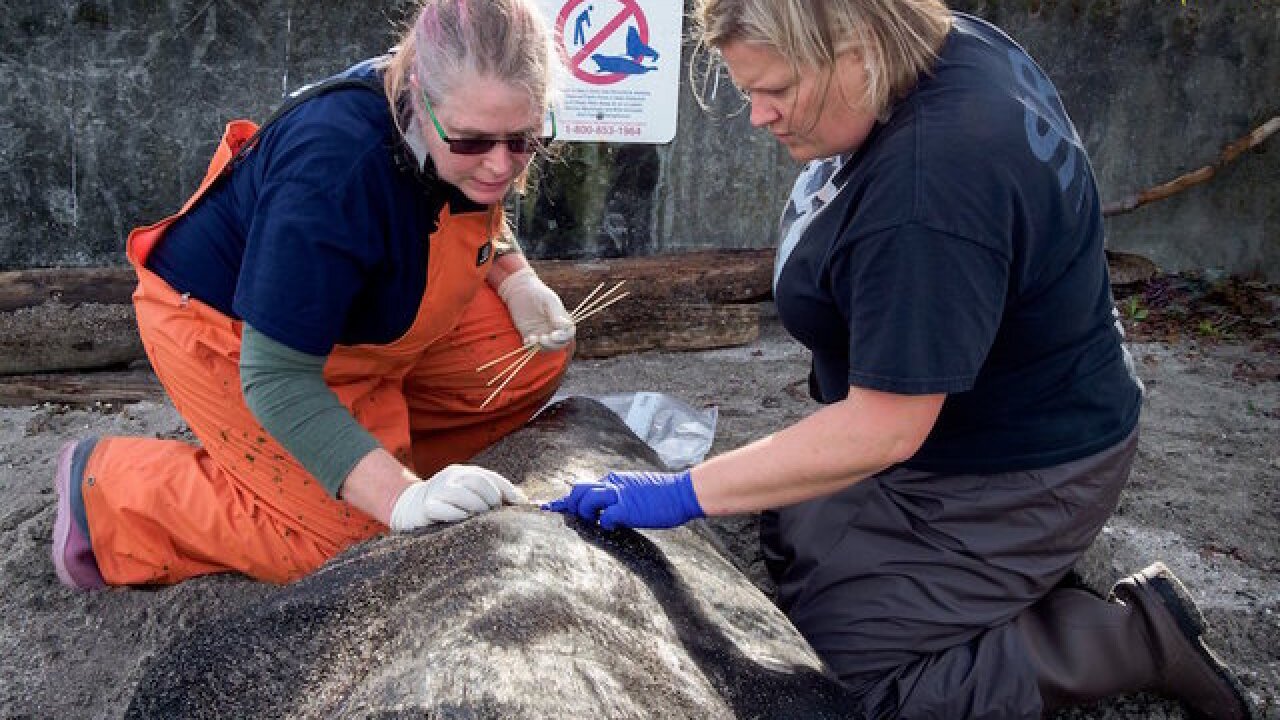 Two dead sea lions washed up on the shores of Puget Sound in Washington last week, both of which had suffered gunshot wounds to the head.

The deaths are just the latest in a disturbing string of sea lion deaths — 12 dead sea lions with gunshot wounds have washed up on Puget Sound since September, and six other sea lion carcasses have been found with injuries most likely caused by humans.

According to mynorthwest.com, the two animals discovered last week were likely killed around the same time as the previously discovered sea lions.

While sea lions are protected by the Marine Mammal Act, it's common for them to be killed by humans — especially salmon fisherman who feel their yield is threatened by hungry sea lions. According to CNN, harming a sea lion carries a penalty of more than $28,000 and a year in prison.

The Seattle chapter of the Sea Shepherd Conservation Society is offering a $10,000 reward to anyone with information that could lead to a conviction in connection with sea lion deaths. They're also offering $2,000 to anyone that can provide video evidence.