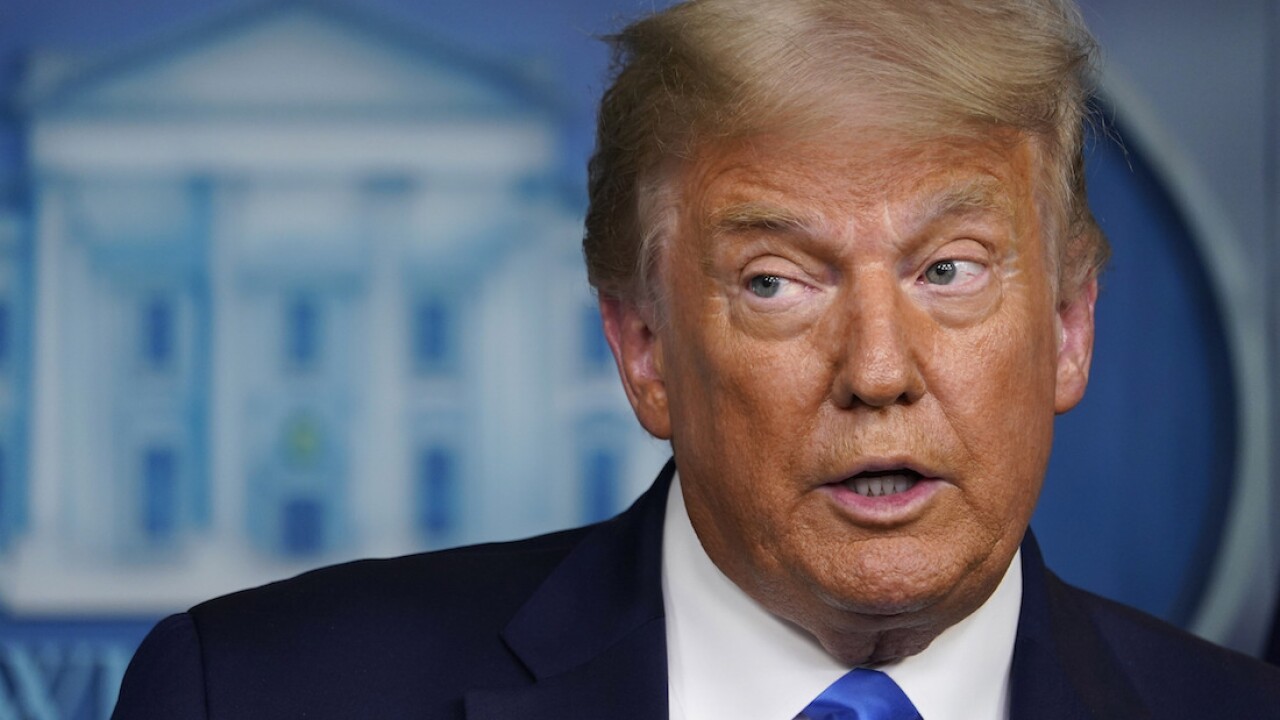 Copyright 2020 The Associated Press. All rights reserved
Evan Vucci/AP
FILE - This Sept. 23, 2020, file photo shows President Donald Trump speaking during a news conference in the James Brady Press Briefing Room of the White House, in Washington. Donald Trump's niece followed up her best-selling, tell-all book with a lawsuit Thursday, Sept, 24, 2020, alleging that the president and two of his siblings cheated her out of millions of dollars over several decades while squeezing her out of the family business. (AP Photo/Evan Vucci, File)

NEW YORK (AP) — President Donald Trump's niece has followed up her best selling tell-all book with a lawsuit alleging that Trump and two of his siblings cheated her out of tens of millions of dollars.

It alleges that Trump conspired with a sister and a brother to portray themselves to Mary Trump as protectors while they instead took her share of minority interests in the family business.

"Fraud was not just the family business, it was a way of life," the court documents stated.

Mary Trump inherited the interests when her father, Fred Trump Jr., died in 1981.

"Rather than protect Mary’s interests, they designed and carried out a complex scheme to siphon funds away from her interests, conceal their grift, and deceive her about the true value of what she had inherited," the lawsuit stated.

Messages seeking comment were left with the Justice Department, lawyers for Trump, his sister, and a lawyer for his late brother.

Mary is seeking more than $500,000 in compensatory damages as well as punitive damages.

You can read the full lawsuit below: