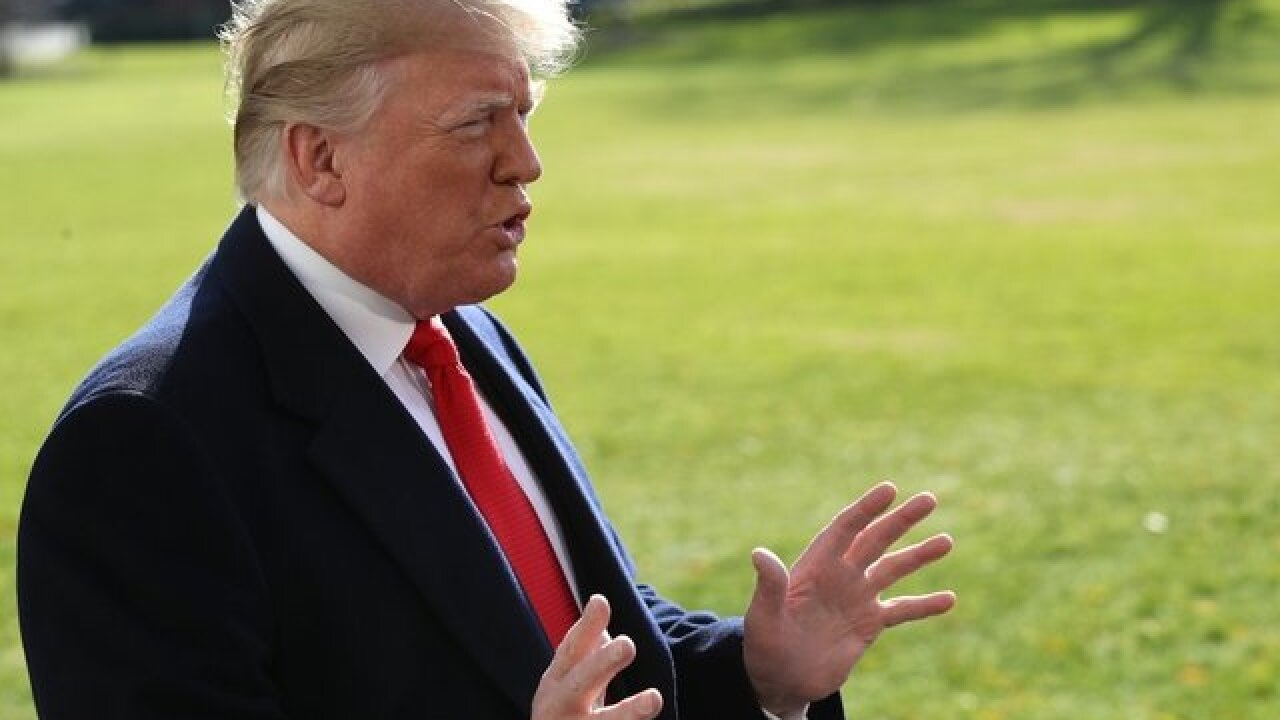 Donald Trump attended an August 2015 meeting that federal prosecutors believe was central to a criminal scheme to violate campaign finance laws to help Trump win the presidency, according to a source familiar with the matter.

According to court filings, Trump was joined by Michael Cohen, who was his attorney at the time, and David Pecker, the chairman of American Media Inc., parent company of the National Enquirer.

During the meeting, the group discussed a plan to shield Trump from potentially damaging stories. Prosecutors say this amounted to illegal donations to Trump's campaign.

Trump's attendance was first reported by the Wall Street Journal in a November article. The meeting returned to the spotlight Wednesday when federal prosecutors announced that they agreed not to prosecute AMI for campaign finance violations in exchange for its cooperation.

The newspaper reported that Trump asked Pecker what he could do to help his presidential campaign.

Federal prosecutors in Manhattan mentioned the meeting when they charged Cohen over the summer with two campaign finance violations. Those crimes related to hush-money payments to two women who alleged affairs with Trump. For his part, Trump has denied the affairs.

Prosecutors also described the meeting in the AMI agreement, which became public Wednesday.

That document said Cohen, Pecker, and "one or more members of the campaign" met in August 2015. At that meeting, "Pecker offered to help deal with negative stories about that presidential candidate's relationships with women by, among other things, assisting the campaign in identifying such stories so they could be purchased, and their publication avoided."

AMI now admits that after that meeting, Pecker agreed to "keep Cohen appraised" of negative stories about Trump. The tabloid played a role in facilitating the hush-money payments against the women, Karen McDougal and Stormy Daniels, in the months leading up to the 2016 election.

Pecker and AMI haven't been charged with any crimes. Trump denies involvement in the scheme, and said Thursday that the "did nothing wrong with respect to campaign finance laws."

But Cohen has pleaded guilty the campaign finance violations, and seven unrelated crimes. He said in court that the hush-money payments were made at Trump's direction, and that the goal of the payments was to stop the women from telling their stories before the election.