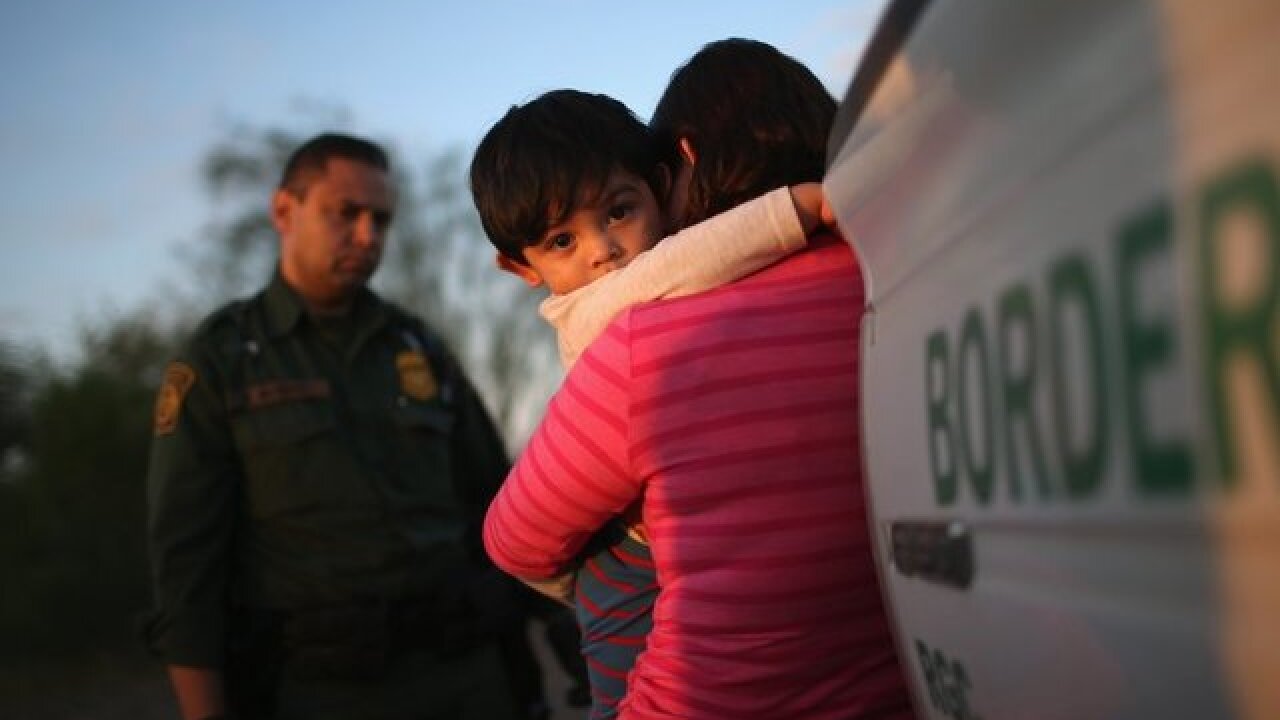 A federal judge in San Diego on Friday called the Trump administration's plan outlining how the US government intends to reunite migrant children who were separated from their families with parents who have been deported "very impressive."

US officials will first work to determine parentage and resolve any safety concerns for the child and then seek to reunite families. The submitted plan said there are 365 separated children with parents outside the US in the care of the Department of Health and Human Services, but officials later corrected that number.

Scott Stewart, deputy assistant attorney general, said during a 40-minute joint status call Friday afternoon among the judge, the government, the American Civil Liberties Union and other nongovernmental organizations assisting with reunifications of separated families that the government actually has 386 children in its custody whose parents were deported. Stewart clarified that the reunification plan filed late Thursday night "was not made up to date."

On the call, US District Judge Dana Sabraw praised the government's progress so far in making contact with most of the deported parents. There are 386 children in government custody whose parents have been deported; the government has contact information for 360 of the parents and has actively been in touch with 299 of them in the last week. But the government has no contact information for the deported parents of 26 children, and Sabraw urged the parties involved to "pay particular attention" to tracking down those parents.

Sabraw also called the plan to reunite the separated children with their deported parents "impressive" and commended the government and the ACLU for their efforts, adding that it appears both sides "are really working collaboratively."

Lee Gelernt, an attorney for the ACLU, said his team received the reunification plan late Thursday and wanted more time to look it over with a steering committee made up of nongovernmental agencies working with the government to help reunite families.

The judge asked the plaintiffs to go over the government's reunification plan and raise any issues with it by Monday morning local time.

The plan is part of the US government effort to reunite separated families that is still ongoing more than a month after President Donald Trump reversed course in the face of intense backlash and signed an executive order to halt the separation of undocumented families, which had resulted from his administration's own "zero tolerance" immigration policy at the US border.

Shortly after the President signed the order, Sabraw ordered the government to reunite all families that had been separated.

The government's plan for reunification of children with deported parents states that the Office of Refugee Resettlement has contact information for parents of 360 of the children, and has been in contact with 299 parents in the past week.

The government had said in a court filing Thursday before submitting its reunification plan that there were 386 children in total in the custody of the Office of Refugee Resettlement with parents outside the US.

According to the newly submitted plan, the government will adhere to a process for reunifying children with five main steps.

After resolving safety and parentage concerns and establishing contact with parents who were removed from the US, the next step will be to "determine parental intention" with respect to the child. During this phase, the plan states that the ACLU will develop a form for parents who opt to waive reunification with their kids. Children whose parents waive reunification will become part of the US government's Office of Refugee Resettlement sponsorship process.

The final steps in the outlined process are to "resolve immigration status of minors to allow for reunification" and to facilitate "transportation of minors for physical reunification with parent in country of origin."

American embassies in the child's country of origin will work with officials in that country to coordinate the process of reunifying parents and children.