Among teens, transgender males are most likely to attempt suicide, study says 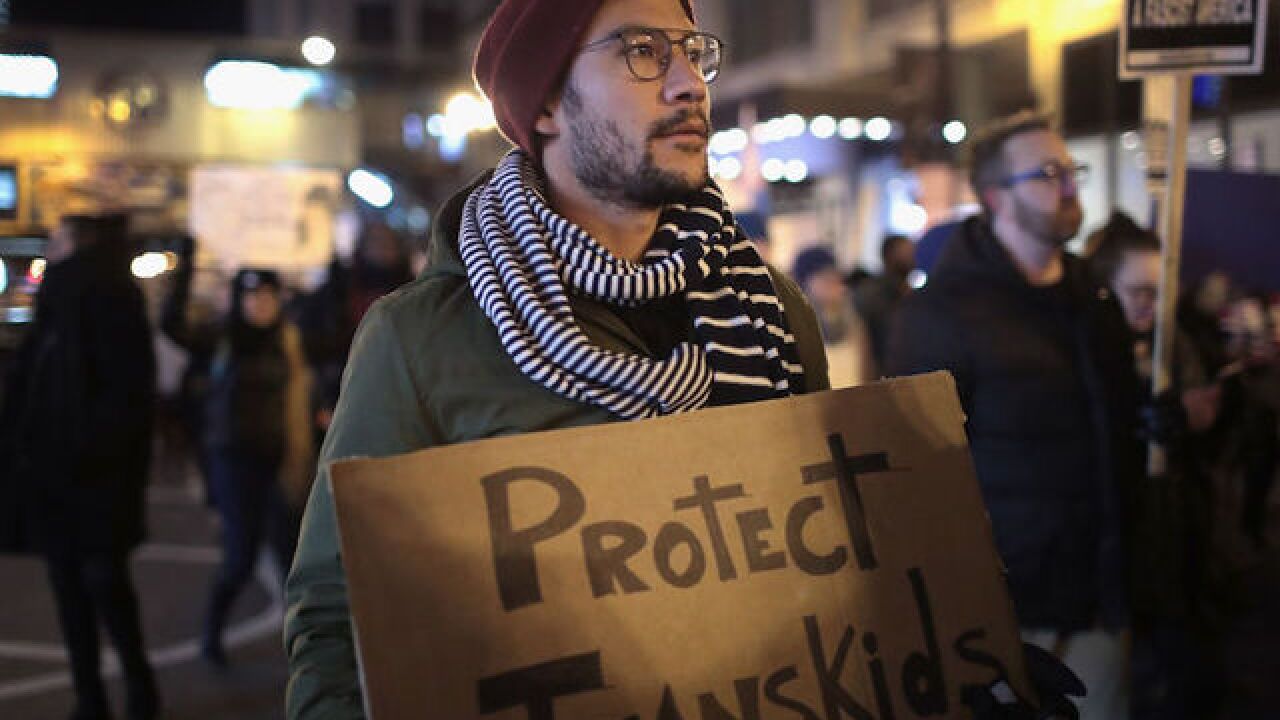 Image copyright 2017 Getty Images. All rights reserved. This material may not be published, broadcast, rewritten, or redistributed.
Scott Olson
<p>Demonstrators protest for transgender rights with a rally, march through the Loop and a candlelight vigil to remember transgender friends lost to murder and suicide on March 3, 2017 in Chicago, Illinois. </p>

Nearly 14 percent of teens who participated in a survey reported trying to kill themselves, with transgender teens reporting the highest rates of suicide attempts. Among female to male teens, the language the study uses for transgender male teens, more than half (50.8 percent) said they'd tried to take their lives, according to the study, published Tuesday in the journal Pediatrics.

"Gender identity is one's own understanding of being male, female, neither, or both," Russell B. Toomey, lead author of the study and an associate professor of family studies and human development at the University of Arizona, wrote in an email.

For most people, their sense of being male or female aligns with what's listed on their birth certificate, he said. However, "a smaller proportion of the population identifies as transgender, which includes people whose internal sense of gender identity" is not consistent with their gender at birth.

The new study is based on data from the Profiles of Student Life: Attitudes and Behaviors survey produced by Search Institute, a Minneapolis-based nonprofit focused on youth issues. The survey includes self-reported responses from 120,617 people between the ages of 11 and 19, beginning in June 2012 and ending in May 2015.

Among the survey questions: "Have you ever tried to kill yourself?"

More than 14 percent (17,007 respondents) said they had, which is in line with other research, Toomey and his colleagues wrote.

Toomey believes that "research is critically needed" to understand why suicide attempts are highest among transmasculine (female-to-male youth) and nonbinary youth (neither male nor female).

What is known is that transgender teens are more likely "to experience discrimination, victimization, and rejection, which are all associated with increased risk for suicidal behaviors," he said. "Other research suggests that the lack of connection and belonging, as well as feeling like a burden to society, are key predictors of suicidal behavior."

Family support is a game-changer, Toomey said: When transgender youth feel that support, "they are more likely to thrive and exhibit similar levels of psychological functioning" as their peers.

Heather Huszti, chief psychologist at Children's Hospital of Orange County in California, said the numbers are generally higher in all populations that "have increased stigma attached to them -- or a lack of understanding."

Feeling marginalized, stigmatized and isolated also "leads a lot of kids to that level of hopelessness and helplessness, which is one of the things that can fuel depression and substance use," said Huszti, who was not involved in the new study. She added that "substance use and depression together can also make you more at risk for suicide."

Huszti said suicide is "the second leading cause of death" among teens.

Why are teens so vulnerable?

"They're very impulsive," she said. "For adolescents, in particular, a large percentage -- I think it's like 50 percent to 60 percent -- make an attempt within 30 minutes of having the idea. Their brain isn't developed enough."

Substance users "might be a little more inclined to be disinhibited," she said. Lacking the ability to access resources is another key factor. Although adults can simply choose to see a counselor, "as a teen, you might have to say to your parents, 'I need to go and see a therapist.' "

"It's probably also somewhat hormonal," Huszti said, explaining that a leap in the numbers of females experiencing depression occurs "around the time they hit puberty, and they have a lifetime greater risk of depression than do males."

Carl Tishler, an adjunct associate professor of psychology and psychiatry at The Ohio State University, said the study's finding of a comparatively higher rate of attempted suicide among transgender youth "speaks to confusion."