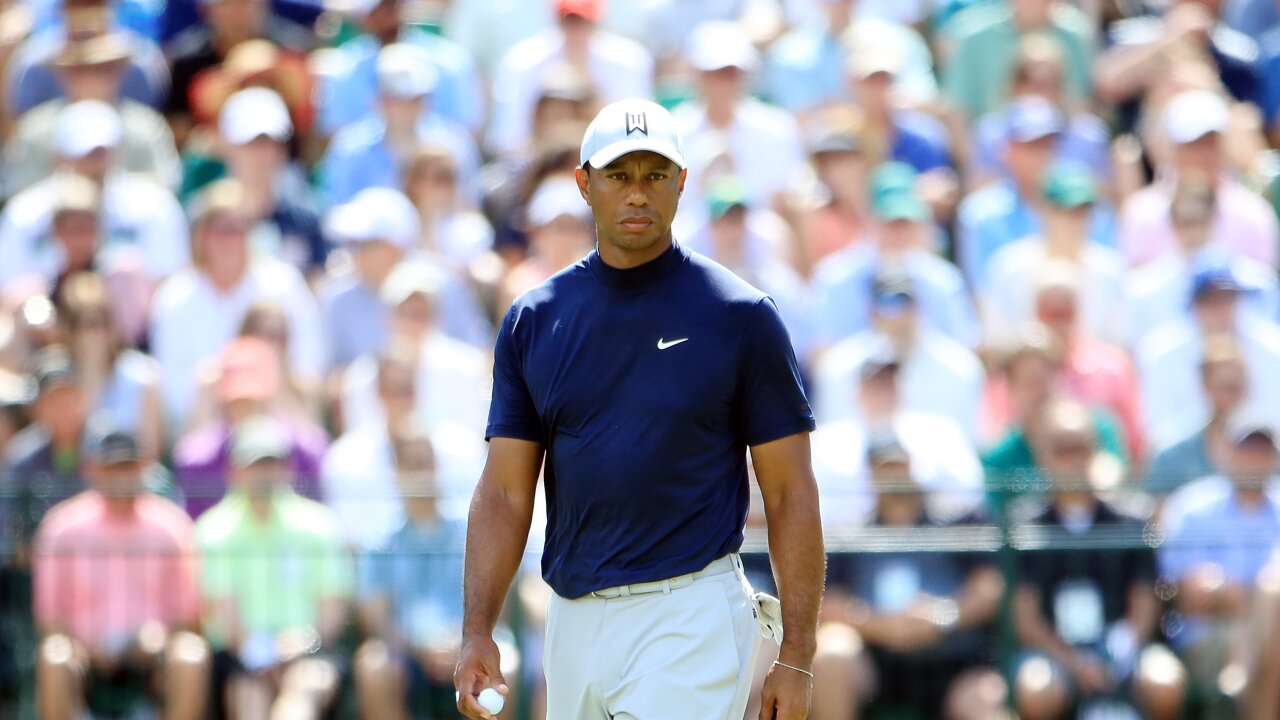 Tiger Woods clinched his fifth Masters and 15th major title to seal one of the greatest comeback stories in sport after overcoming career-threatening back problems.

The 43-year-old muscled his way through a tightly packed leaderboard to win by two shots at Augusta for his first major title in 11 years and first Masters win since 2005.

It completes a fairytale return for the most dominant player of his generation -- and arguably the best ever -- after enduring "dark times" through injury since 2014.

Only fellow American Nicklaus has won more Masters, with six. Woods also joins Nicklaus as the only player to have won the Masters in three different decades after he clinched his first as a 21-year-old in 1997.

Woods began the day two shots behind Italy's Francesco Molinari, and rode the roller coaster of a gripping final round to first share the lead after the Italian found the water in front of the short 12th.

Two holes later five players were tied at the top, but Woods' birdie on the long 15th took him clear on his own. Another birdie on the short 16th ignited thunderous roars which reverberated around the towering pines as Woods marched off with a two-shot lead and a thousand-yard stare in scenes reminiscent of his heyday.

Sporting a red mock turtleneck in a nod to his last win at Augusta in 2005, and chewing gum throughout, Woods maintained his cushion to edge world No.2 Dustin Johnson, three-time major champion Brooks Koepka and another American Xander Schauffele.

When the winning putt dropped, Woods clenched his fist and punched the air to tumultuous applause, watched from behind the 18th green by his mother Kutilda, children Sam and Charlie, and girlfriend Erica Herman.