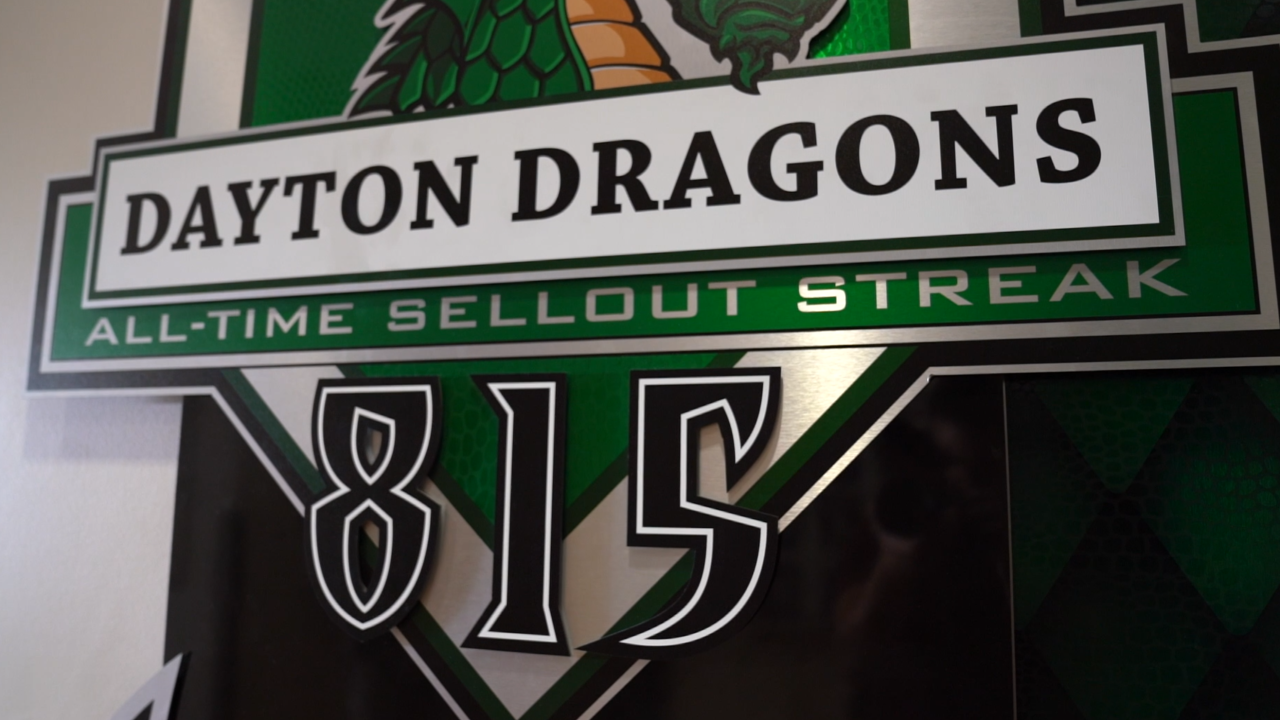 Sports can change a community, and in Dayton, Ohio, a minor league baseball team is having a major impact.

The Dayton Dragons hold the record for most consecutive sellouts by a professional sports team, breaking the previous record of 815 held by the Portland Trailblazers of the NBA.

The Dragons came to Dayton 20 seasons ago, and super fan Michael Belcher has been at almost every game since day one.

“Which was April 27, 2000, when we had our opening day,” Belcher says, while attending the 1,366th consecutive sellout game for the Dragons.

“This is my vacation for lack of a better term,” Belcher says. “I come down here a watch the boys play.”

It seems the boys in green appreciate the support.

“It’s awesome,” says Dayton Dragons catcher Jay Schuyler. “Everyone says it’s the closest thing to playing in the big leagues before you get to the big leagues.”

Schuyler says this passionate fan base in the crowd impacts the team’s play on the field.

“You can feel it,” he says. “In big situations it always seems the pitcher can get an extra mile or hour or two, or you can run a little faster down the line.”

Take a look down the line, over the right field wall and you’ll see the Dragons provide much more than entertainment. They’re creating economic development.

“We had a study done and we have about a $27 million annual impact on the city of Dayton,” says Eric Deutsch, executive vice president of the Dayton Dragons.

Deutsch says the Dragons success came as somewhat a surprise, and it's a surprise that brings in half a million people a year to downtown Dayton every season.

“It’s just been this crazy thing that no one could have dreamed up,” he says. “We’re happy to keep on keeping on with the numbers.”