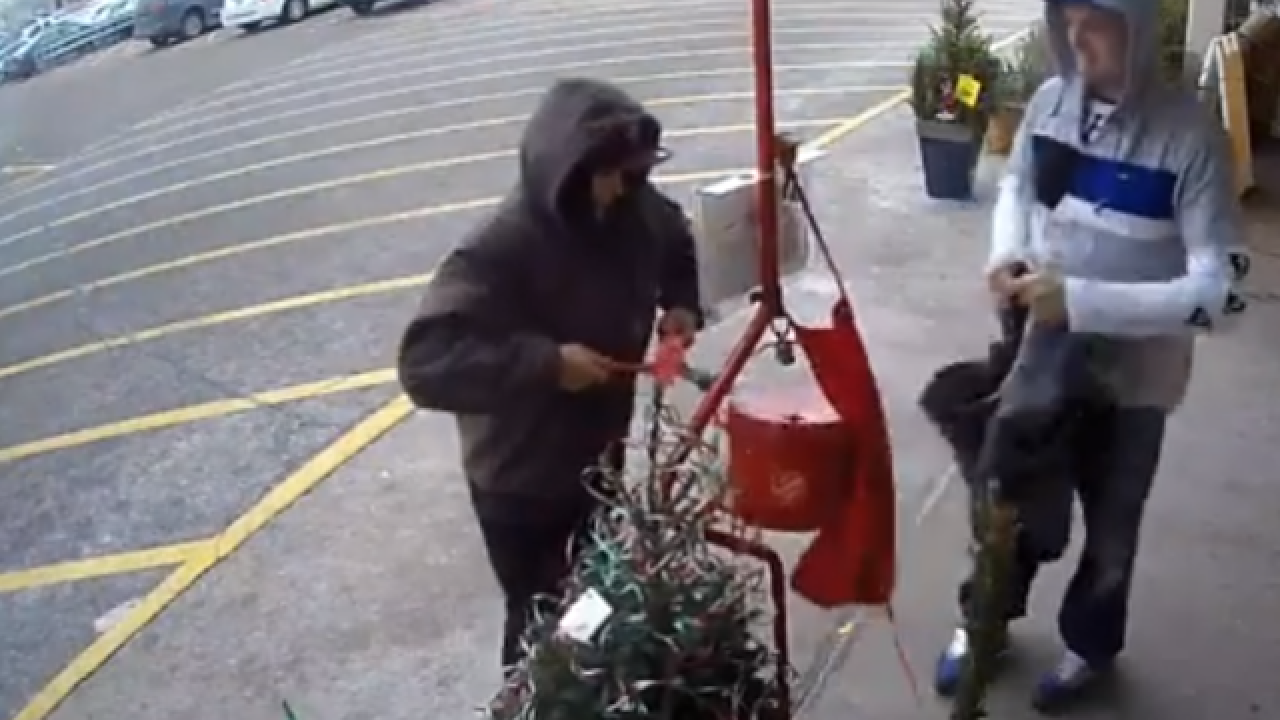 BLAINE, MN — Authorities in Minnesota are searching for two men who stole a Salvation Army Red Kettle that was collecting holiday donations outside of a grocery store.

The Blaine Police Department shared the video of the two suspects on Wednesday, asking for the public's help identifying them.

The theft happened on Tuesday in front of the Northtown Cub Foods in Blaine, Minnesota, according to police.

Anyone with information on the theft is asked to contact Detective Christensen with the Blaine Police Department at 763-427-1212.

No additional information has been released.