These are the staggering numbers behind Florence's wrath 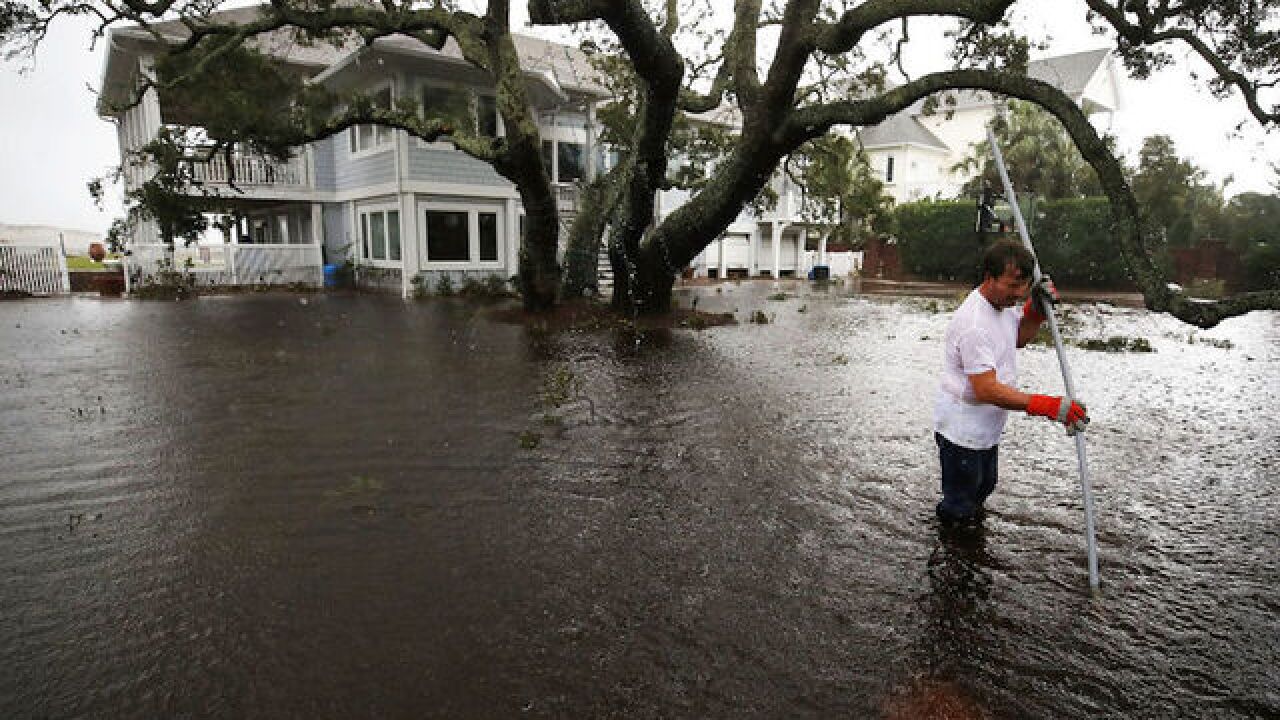 Image copyright 2018 Getty Images. All rights reserved. This material may not be published, broadcast, rewritten, or redistributed.
Mark Wilson
<p>Mike Pollack searches for a drain in the yard of his flooded waterfront home a day after Hurricane Florence hit the area, on September 15, 2018 in Wilmington, North Carolina. Hurricane Florence made landfall in North Carolina as a Category 1 storm Friday and at least six deaths have been attributed to the storm, which continues to produce heavy rain and strong winds extending out nearly 200 miles. </p>

This nightmare called Tropical Storm Florence is far from over.

"Many people who think that the storm has missed them have yet to see its threat," North Carolina Gov. Roy Cooper said. "This system is unloading epic amounts of rainfall -- in some places measured in feet, not inches."

Photos: Florence leaves path of destruction on coast of Carolinas

Here are the startling numbers behind Florence's wrath -- so far:

Officials report seven in North Carolina and one in South Carolina.

In South Carolina, a 61-year-old woman died Friday night when her car struck a tree that fell during the storm, state emergency officials said.

That's just the number of customers without power in the Carolinas. The number of people who lost electricity is far greater since a single customer can represent an entire home.

More than 20,000 people were staying in 157 emergency shelters in North Carolina on Saturday, Cooper said. "If those shelters fill up, we will establish more shelters."

Even if you live 150 miles out from the center of Florence, you could still feel tropical-storm-force winds -- which are 39 mph or greater.

That's the new North Carolina record for most rainfall from a single tropical system. It happened in the coastal town of Swansboro.

The number of service members deployed include 7,500 from the US Coast Guard and 6,500 from the National Guard, the Federal Emergency Management Agency said. Another 2,900 active duty members are standing by.