The year's brightest comet streaks by Earth this weekend 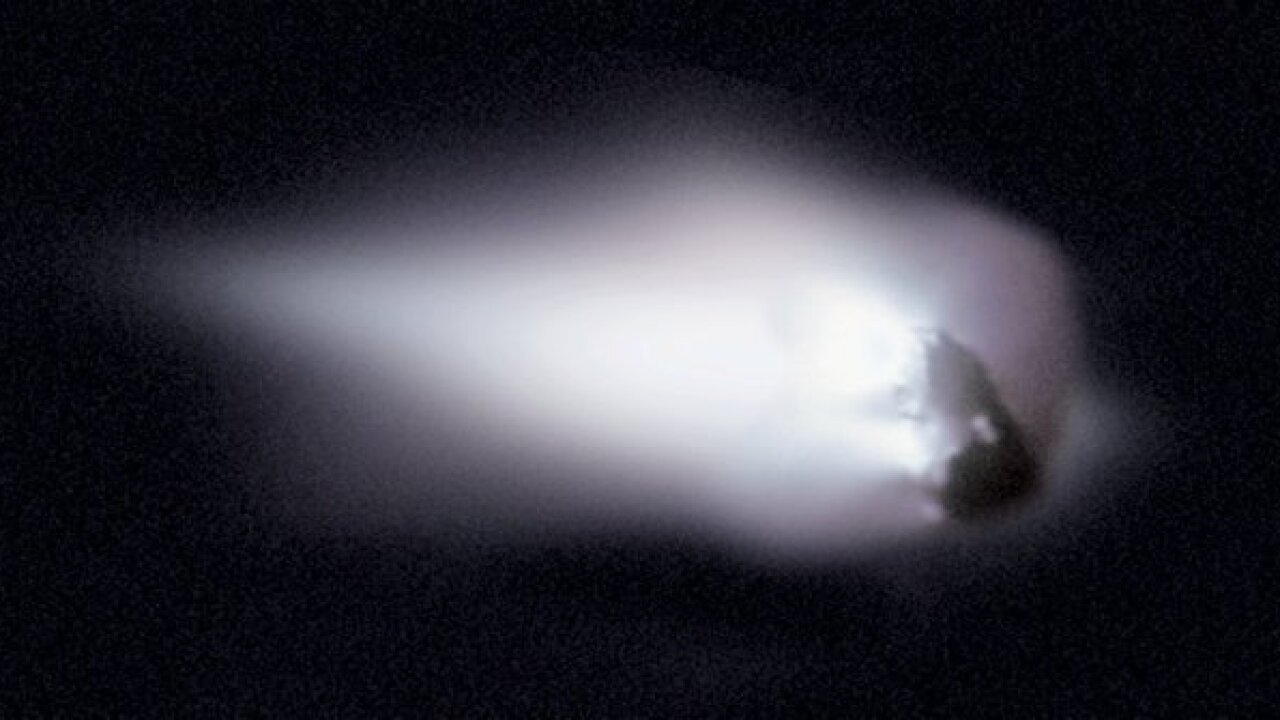 The night sky will come alive this weekend when a green comet streaks by Earth on the heels of the Geminid meteor shower's display of green fireballs.

Comet 46P/Wirtanen began brightening in November, but it will make its closest approach to Earth on Sunday and be visible with the naked eye. The comet will come within 7 million miles of Earth -- a proximity that won't happen again for 20 years. That's 30 times the moon's distance from us.

The comet should be brightest on December 16, as bright as the star in the constellation of the Little Dipper's handle, according to NASA. But even now, it's currently the brightest comet in the night sky, and the brightest of 2018.

The University of Maryland's astronomy department said that Comet 46P will be the 10th closest comet since 1950 because few comets are ever bright enough to be seen with the naked eye.

The "Christmas comet" appears in our sky once every five years as it orbits the sun. It was closest to the sun on December 12. The comet is named for the man that first observed it in 1948, Carl Wirtanen, a senior observing assistant at California's Lick Observatory.

"Look towards the east with a small pair of binoculars or a telescope to see the green, fuzzy comet. It will be near the constellation Orion, or the saucepan," said Brad Tucker from the Australian National University Research School of Astronomy and Astrophysics.

Much like watching a meteor shower, you'll want to be in an area without much light pollution. Look up anytime between twilight and sunrise to catch a glimpse. Check TimeandDate.com to figure out the best time in your part of the world.

If you aren't able to view it, the Virtual Telescope Project will stream observations from its robotic telescopes.

So why does the comet look fuzzy or ghostly? It's three-quarters of a mile across with a core that's less than a mile wide. But the atmosphere around the comet, or coma, is bigger than Jupiter. When it passes the sun, this icy comet essentially experiences some melting. That's what creates the glowing green cloud.

The diffuse nature of the coma and its glow may actually make it more difficult to view, especially if using binoculars or a telescope. Astronomers have predicted the comet will have a magnitude of 4.2, which means that a dark, clear sky and an absence of ambient light will most likely be needed to see it.

And unlike other comet sightings, this comet's tail will be behind it when it passes, meaning we most likely won't see it unless the tail develops a curve before its closest approach to Earth.

Comet 46P was originally chosen by the European Space Agency to land the Rosetta probe on its surface, but launch delays caused a new target to be selected. (Rosetta went on to land on Comet 67P in 2014.)

"Wirtanen's comet could easily be chosen again for another mission," said Jim Lattis, director of the University of Wisconsin astronomy outreach center, UW Space Place. "So that means watching this comet each time it comes near could be important."

Much like the OSIRIS-REx mission to study the asteroid Bennu, a remnant from the early solar system, Comet 46P could provide similar insight.

"We're getting a look at stuff that was formed during the formation of the solar system and has been out in the deep freeze since then," Lattis said. "When these things come in and we get a chance to study them, we're seeing some of the raw materials out of which the Earth and the other planets and everything else formed."