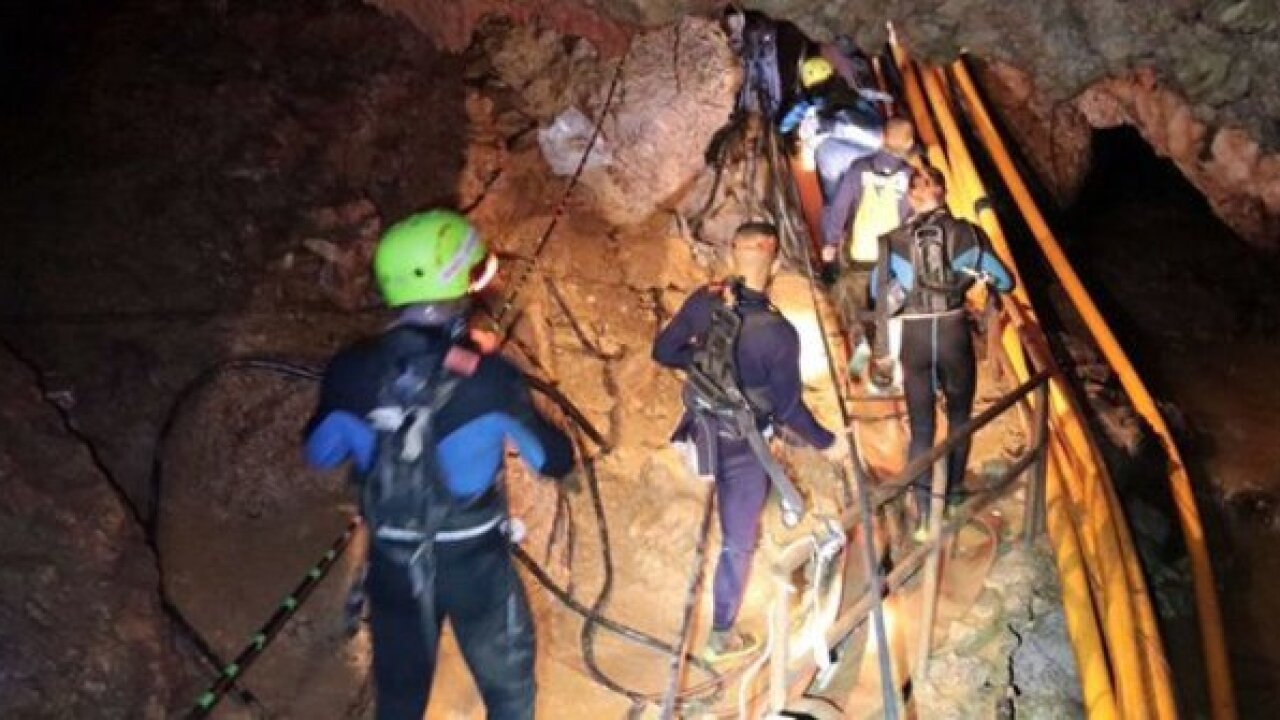 MAE SAI, Thailand (AP) - Thai authorities have asked media to leave the area around the entrance of the cave where 12 boys and their soccer coach have been trapped for two weeks, fueling speculation that a rescue mission could be imminent.

Dozens of divers have arrived at the cave on Sunday morning.

Thai officials said Saturday they are worried that heavy monsoon rain could soon make the job even more difficult and they may need to quickly rescue the boys and the soccer coach from a partially flooded cave by helping them make risky dives to safety.

The boys, ages 11-16, and their 25-year-old became stranded when they went exploring in the cave after a practice game. Monsoon flooding cut off their escape and prevented rescuers from finding them for almost 10 days.

BREAKING: Thai authorities ask media to leave area around entrance of cave where soccer team is trapped, fueling speculation that rescue mission could be imminent. https://t.co/FnKdA5CHF4