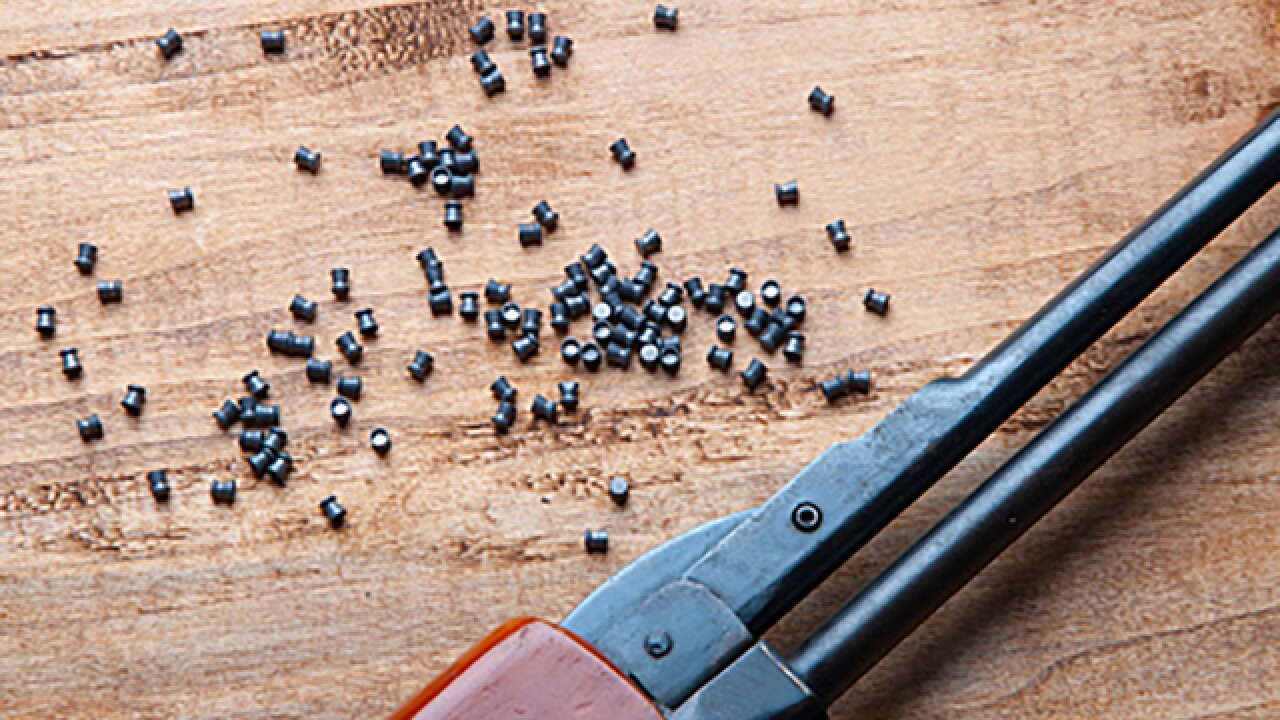 Copyright 2018 Scripps Media, Inc. All rights reserved. This material may not be published, broadcast, rewritten, or redistributed.
adgafoto
<p>Air rifle and pellet on a wooden background. <em>(Photo courtesy of Getty Images)</em></p>

MIDDLE RIVER, Md. — A 15-year-old boy has died after accidentally shooting himself with a pellet gun in Maryland, Baltimore County Police said.

Police responded to the unit block of Dogwood Drive in Middle River, Maryland around 6:48 p.m. for a reported gunshot wound. Emergency responders found a boy in the backyard of the residence suffering from cardiac arrest. Police and EMS began life-saving procedures and transported the boy to Johns Hopkins Bayview Medical Center where he was later pronounced dead.

Police are treating the shooting as an accidental death. Police believe the boy was struck by a fragment of a pellet fired from a rifle that he and a friend were using to shoot targets in the backyard.

The Baltimore County State's Attorney's Office is reviewing the incident and waiting for a cause of death ruling from the Office of the Chief Medical Examiner.