Teddy strengthens into major Category 3 hurricane, not currently expected to impact US 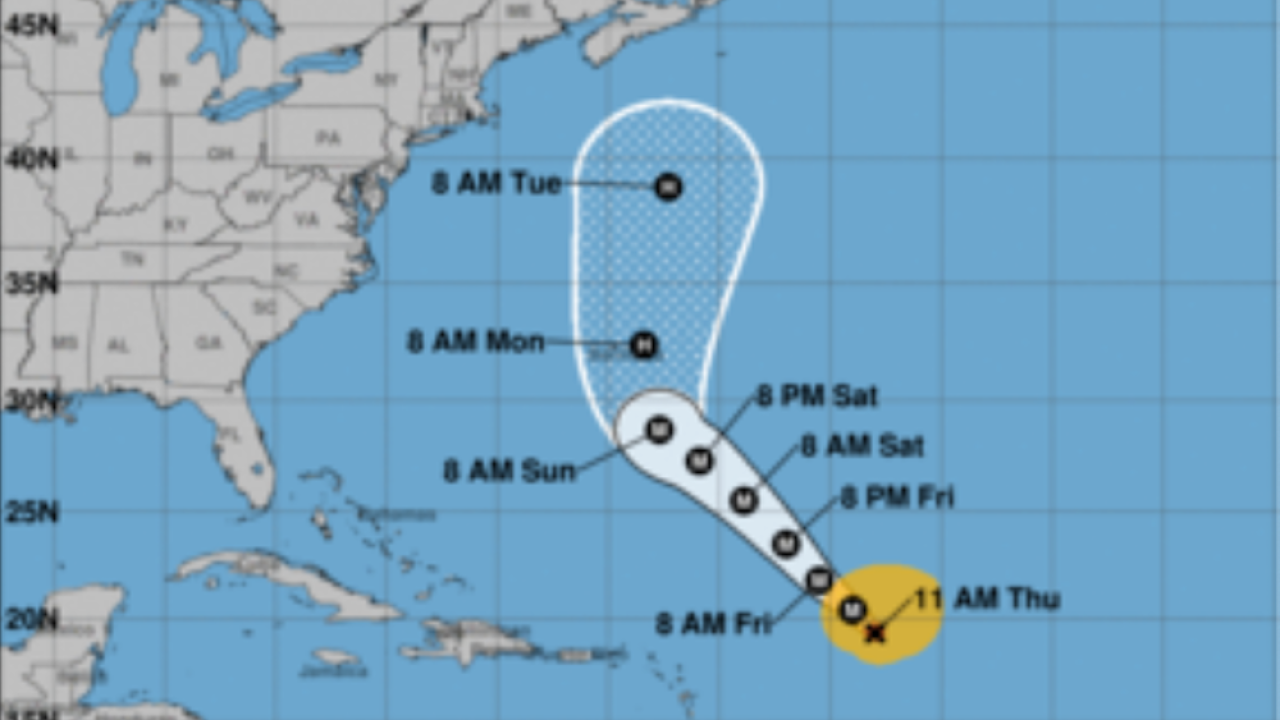 Hurricane Teddy strengthened into a major hurricane Thursday morning, according to the National Hurricane Center (NHC). However, the agency is currently predicting that the storm will not have a major impact on the U.S.

According to an 11 a.m. ET update, Teddy strengthed into a Category 3 storm on Thursday with maximum sustained winds of 120 mph. The storm is currently churning in the central Atlantic and is expected to dissipate before reaching the Caribbean or the United States.

However, the storm may have an impact on the island of Bermuda. The storm may approach the island with hurricane-force by late Sunday evening or early Monday morning, and bring storm surge and rain along with it.

Earlier this week, Hurricane Paulette passed directly over Bermuda. According to the Weather.com, the entire island was engulfed by the hurricane eye of Paulette as it passed over the territory. Luckily, there was no serious damage or injuries reported in the country.

Teddy is just the latest major hurricane produced by an extremely active 2020 hurricane season. Tropical Storm Vicky also formed on Thursday, making it the 20th named storm of the year. The NHS is also currently monitoring three other storms for possible cyclone formation.

According to the National Oceanic and Atmospheric Administration, the record for named storms in a year was set in 2005 with 27.