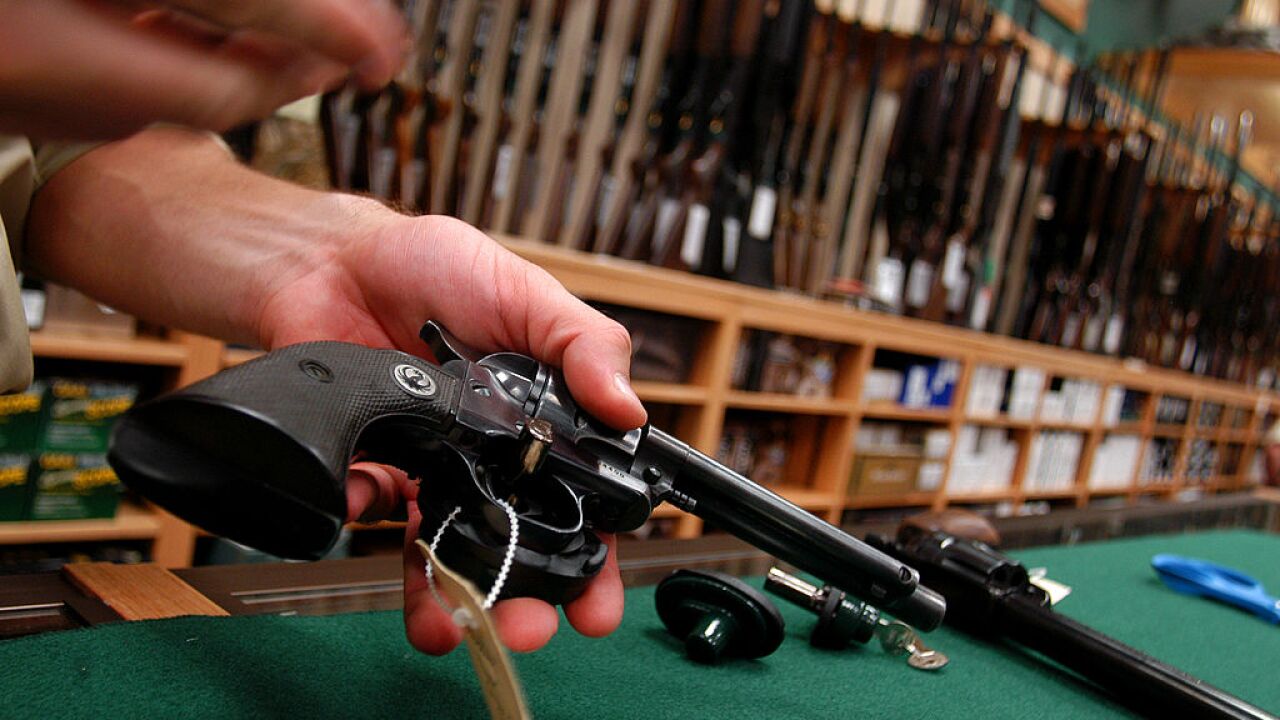 After nearly a decade of silence, the Supreme Court is poised Monday to consider a case concerning the scope of an individual's right to keep and bear arms in a dispute concerning a New York City gun regulation.

Gun rights advocates and the Trump administration want the newly solidified conservative majority to take the opportunity to broaden gun rights. The controversy also comes as the country is still reeling from mass shootings over the summer and the political branches are bickering over proposed fixes.

Although the case marks the first time since 2010 that the court has heard a major Second Amendment case, it's unclear whether the justices will ultimately issue an opinion.

That's because the law has already been changed.

The New York City gun law regulates where licensed handgun owners can take a locked and unloaded handgun. When the Supreme Court agreed to take up the case, the law blocked licensed individuals from removing a handgun from the address listed on the license except to travel to nearby authorized small arms ranges or shooting clubs.

Since then, the city allowed licensed owners to take handguns to other locations, including second homes or shooting ranges outside city limits. In addition, the State of New York amended its handgun licensing statute to require localities to allow licensed gun owners to engage in such transport.

As a result, New York argues justices should dismiss the case.

Biggest case in a decade

In 2008, the late Justice Antonin Scalia's wrote a landmark opinion in DC v. Heller holding for the first time that an individual has a right to keep a handgun at home for self-protection. Two years later, the court issued a follow up opinion.

Since then, the court has largely avoided taking up a follow on case. Supporters of gun rights believe lower courts have been thumbing their noses at Heller and are eager for a newly solidified 5-4 conservative majority to take up the issue again.

Indeed, Justice Clarence Thomas has been the most vocal member of the court urging his colleagues to step in. In a 2018 dissent joined by Justice Neil Gorsuch, Thomas said lower courts were treating the Second Amendment as a "disfavored right ."

Some court watchers believe that the court stayed away from the issue because Justice Anthony Kennedy was not eager to take up a new case, instead preferring to let the issue percolate in the lower courts. They believe that his replacement, Justice Brett Kavanaugh, may be further to the right on the issue.

Critics of the law say that the only reason New York amended the law was because supporters of gun regulations feared that the Supreme Court's new conservative majority might use the idiosyncratic law to render a broad decision cutting back on gun restrictions.

The New York State Rifle & Pistol Association and individual plaintiffs challenged the law arguing that it was too restrictive and that a New Yorker could not transport his handgun to his "second home for the core constitutional purpose of self-defense or to an upstate county to participate in a shooting competition, or even across the bridge to a neighboring city for target practice."

Paul Clement, representing the New York State Rifle & Pistol Association and other petitioners, called the attempts to change the law "the product of an acknowledged City-orchestrated effort to frustrate this Court's review."

He said that the city's actions don't fix problems with the law.

"The revised regulations," Clement argued, "demand continuous and uninterrupted transport (forbidding a stop at a gas station or a coffee shop en route), require written permission before a handgun can be taken to a gunsmith, and preclude transport to a summer rental house."

Clement said there was nothing to stop the city, or another jurisdiction, from implementing a similar law.

"The City's begrudging revisions to its restrictive transport ban reflect the City's unwavering view that the ability to transport a licensed handgun is a matter of government-conferred privilege, rather than a constitutional right," he wrote.