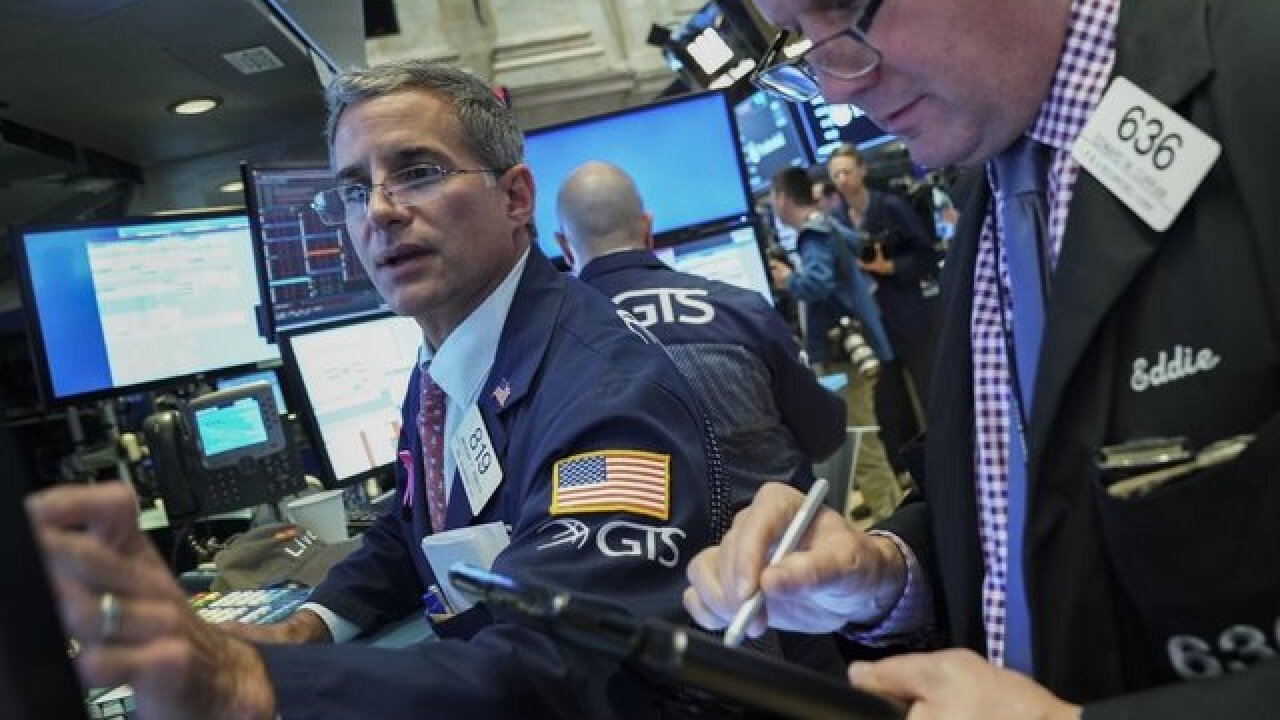 The Dow closed up 401 points, or 1.6%, on Thursday. The broader S&P 500 gained 1.9% and the Nasdaq surged 3%, its best day since March. Stocks bounced back after a sharp drop Wednesday that sent the Nasdaq into a correction.

The market has slumped badly in the past several weeks, but it hasn't fallen in a straight line. Volatility is spiking, and huge sell-offs have been interspersed with big gains, including October 16's 548-point jump for the Dow and October 12's 287-point gain.

Still, the back and forth has been heaviest in one direction: down. The S&P 500 was less than a percentage point drop away from entering a correction Wednesday. Investors had been looking for strong corporate earnings to drag stocks out of the doldrums, but earnings have disappointed this quarter. That gave already nervous investors more anxiety.

"No matter how good the report or how positive the guidance, investors are looking for the exits," said Justin Walters, cofounder of Bespoke Investment Group, in a note to investors Thursday. "Companies that are reporting earnings this season are getting slaughtered."

The average stock has fallen 2% the day after reporting earnings this quarter -- the worst performance of the 21st century, according to Walters.

Concerns about rising rates and the trade war have spooked the markets this month. The S&P 500 has fallen 7% in October. And the Nasdaq is down 9%, on track for its worst month since November 2008. Only 13% of stocks are trading above their 50-day moving averages, evidence that Walters believes suggests stocks have been oversold.

Investors agreed on Thursday at least. They saw a buying opportunity, particularly in tech.

Tesla (TSLA) was up 9%. The company reported by far its most profitable quarter in history late Wednesday, lessening concerns of a looming cash crunch that had been weighing on shares.

Tech will be tested again later on Thursday: Alphabet, Amazon (AMZN), Snap (SNAP) and Intel (INTC) all will post their quarterly financial report after the bell.

The Dow tumbled more than 600 points on Wednesday, and the Nasdaq lost 4%, its worst one-day percentage drop in more than seven years.