Starting Wednesday, cigarette boxes will include the harmful effects of smoking due to court order 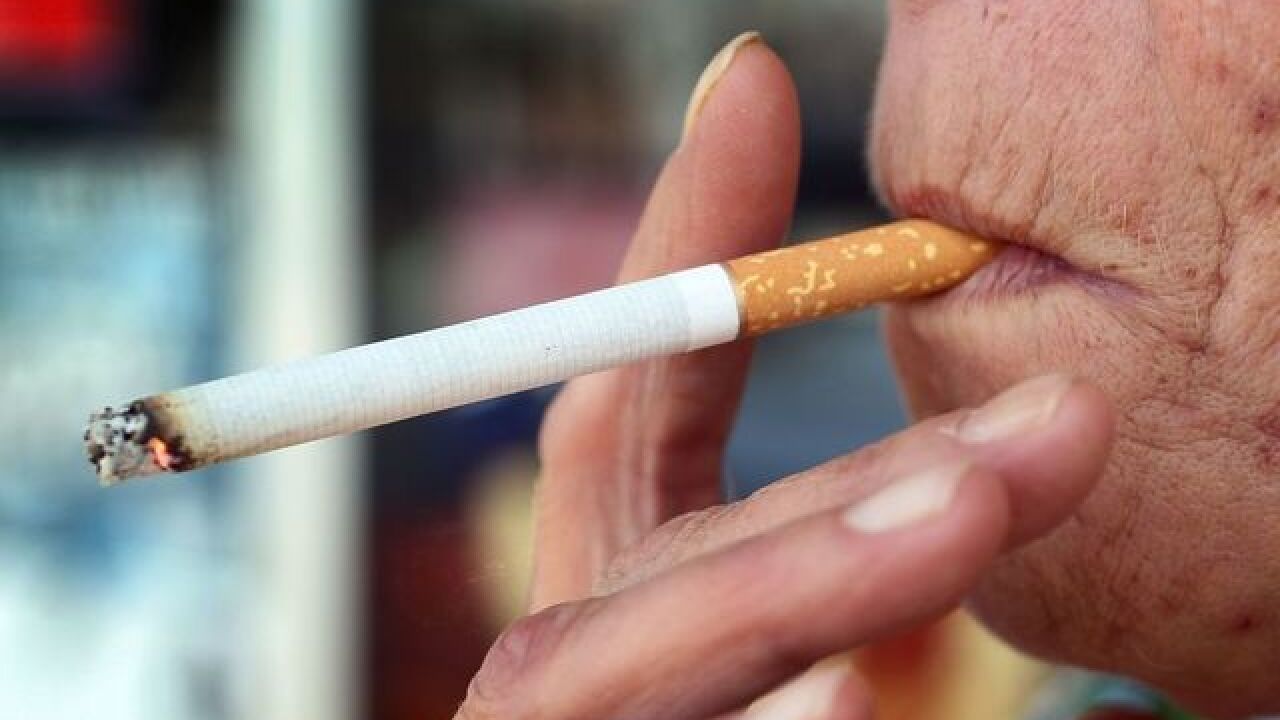 Starting Wednesday, tobacco brands have been ordered to put "corrective statements" on product packaging that clearly state the harmful health effects of smoking, according to court documents.

The order follows a long and rocky road of litigation against the tobacco industry.

It comes as a result of a 1999 lawsuit that the US Department of Justice filed against the country's largest cigarette manufacturers and tobacco trade organizations, claiming civil fraud and racketeering violations over the course of more than 50 years.

In 2006, federal Judge Gladys Kessler ruled that the tobacco industry had violated civil racketeering laws and ordered companies to issue "corrective statements" on their packaging, on company websites, and in print and television ads.

Now, the statements will appear directly on cigarette packaging.

"Corrective statements are essentially geared towards preventing and restraining future harm," said Mary Rouvelas, senior counsel for the American Cancer Society Cancer Action Network, which -- along with the American Heart Association, the American Lung Association, the Tobacco-Free Kids Action Fund, the National African American Tobacco Prevention Network and Americans for Nonsmokers' Rights -- was involved in the case to ensure that public health interests were presented to the court.

"Once they start shipping, they will appear in the retailers between two days and two weeks after, depending on how much volume that retailer goes through," she said.

A court document with a mockup of the statements shows them stating, "A Federal Court has ordered R.J. Reynolds Tobacco, Philip Morris USA, Altria, and Lorillard to make this statement about the addictiveness of smoking and nicotine."

The statements go on to note that smoking is highly addictive, that it's not easy to quit, that nicotine actually changes the brain and that all cigarettes can cause cancer, lung disease and heart attacks, among other health implications.

"We are at a point where 480,000 people a year die from tobacco use," Rouvelas said, referencing data from the US Centers for Disease Control and Prevention.

In a statement Monday, R.J. Reynolds confirmed that these cigarette package onserts are the next phase of the court-ordered corrective statements and will be on all brands of R.J. Reynolds Tobacco Company cigarettes during six two-week periods over a two-year span.

"R. J. Reynolds will continue to fully meet its obligations under this order as part of its commitment of being a responsible company," the statement said.

Altria, which owns the maker of Marlboro cigarettes, issued a statement last year in response to the court order.

"This industry has changed dramatically over the last 20 years, including becoming regulated by the FDA, which we supported," Murray Garnick, Altria's executive vice president and general counsel, said in the statement.

"We're focused on the future and, with FDA in place, working to develop less risky tobacco products," Garnick said. "We remain committed to aligning our business practices with society's expectations of a responsible company. This includes communicating openly about the health effects of our products, continuing to support cessation efforts, helping reduce underage tobacco use and developing potentially reduced-risk products."