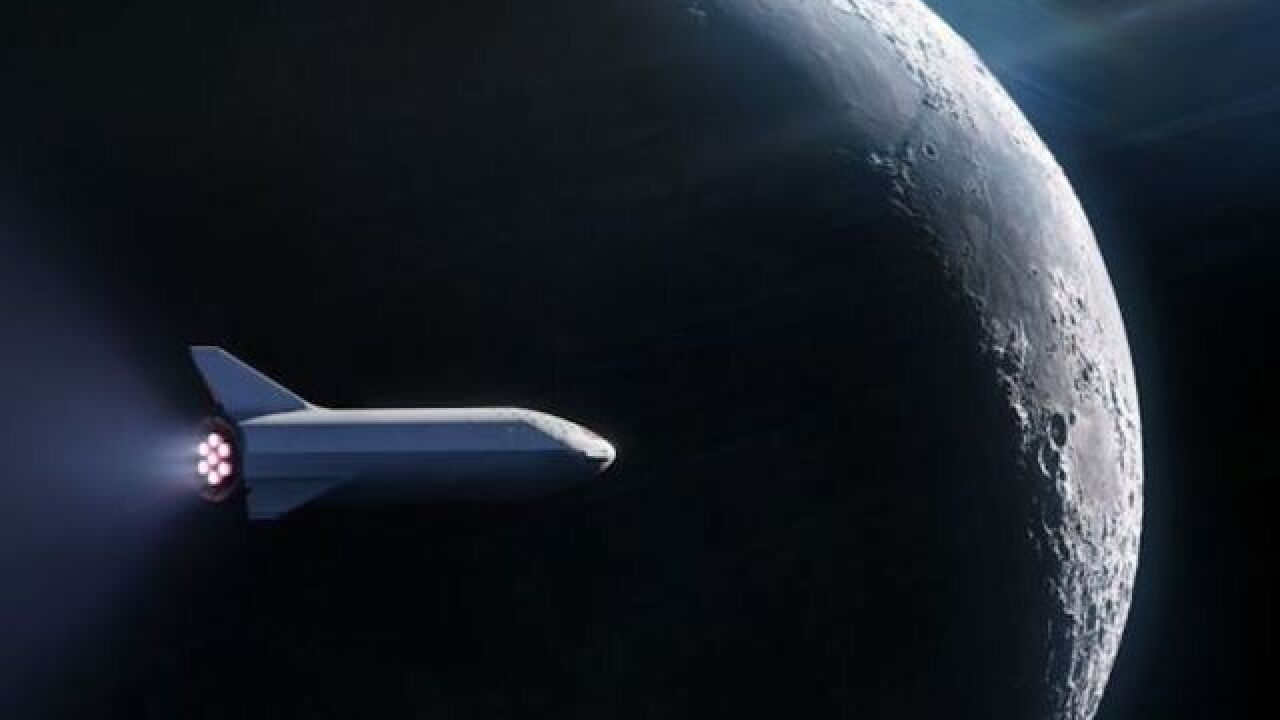 SpaceX is planning to launch a tourist on a trip around the moon, and the company said it will reveal the person's identity during a September 17 event.

"SpaceX has signed the world's first private passenger to fly around the Moon aboard our BFR launch vehicle—an important step toward enabling access for everyday people who dream of traveling to space," the tweet said. "Find out who's flying and why on Monday, September 17."

The BFR, or Big Falcon Rocket, is SpaceX's forthcoming spaceship system that consists of two parts: A massive rocket booster that promises to out-power any ever built, and a towering spacecraft that will vault out of the Earth's atmosphere.

It's not clear whether the BFR tourism mission has any link to an announcement SpaceX made in February 2017.

At the time, SpaceX said two people signed a deal with SpaceX to make a trip around the moon aboard a Falcon Heavy rocket. SpaceX was tight-lipped about the financial terms of the deal and the identity of the individuals.

About one year after that, in February of this year, SpaceX debuted the long-awaited Falcon Heavy, which became the world's most powerful operational launch vehicle.

But Musk threw a curve ball during a Falcon Heavy press conference earlier this year when he told reporters that, for the time being, SpaceX had no plans to certify the Falcon Heavy for human spaceflight.

Instead, Musk said, SpaceX would turn its focus to developing the BFR, which he deemed a better option for tourism missions.

"You could send people back to the Moon" on the Falcon Heavy rocket, Musk said at the time. "But I wouldn't recommend doing that, because I think the new architecture, the BFR architecture, is the way to go."

The BFR is likely many years away from its inaugural flight.

Musk, who is well-known for issuing overly ambitious schedules, said during a Q&A in March that he hoped to begin testing the spaceship portion of the BFR sometime in 2019.

SpaceX COO Gwynne Shotwell gave a more generous time frame for BFR's debut during a TED Talk in April, saying it would launch "within a decade."