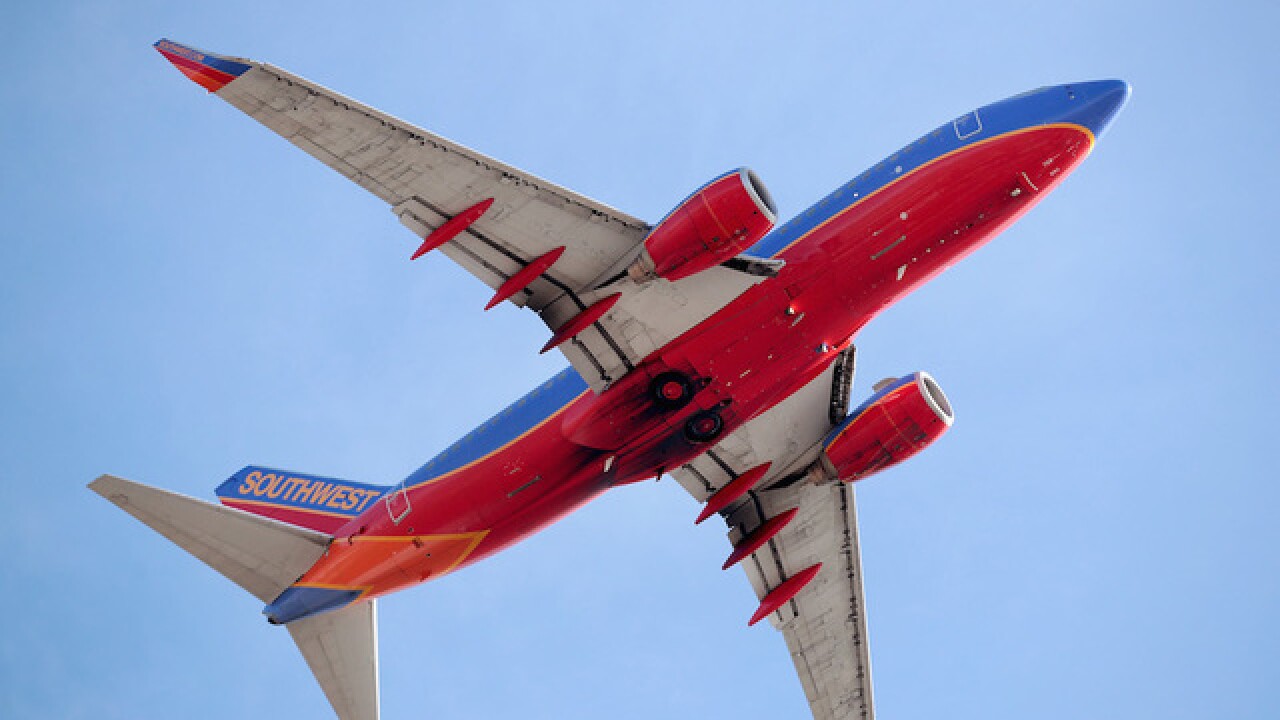 Passengers will be allowed to bring only cats and dogs on board as emotional support animals beginning in September, and only one per customer. The animals must be on a leash or in a carrier at all times.

Southwest says passengers will need to present a letter from a doctor or licensed mental health professional on the day of departure.

The airline will also limit the types of trained service animals in the cabin. Only dogs, cats and miniature horses will be allowed. Service animals are specially trained to help people with disabilities.

Fliers have become increasingly bold in bringing animals on planes.

In January, a woman reportedly tried to board a United Airlines flight with an emotional support peacock. Delta says passengers have also flown with "comfort turkeys, gliding possums known as sugar gliders, snakes, spiders and more."

Since the beginning of the year, American Airlines, JetBlue, Delta and United have all introduced rules similar to Southwest's.

The airline industry has called on the Transportation Department to update its guidelines for animals on planes. A public comment period for changes closed in July.