'Bomb cyclone' striking the Rockies and central US, bringing snow, hail and rain 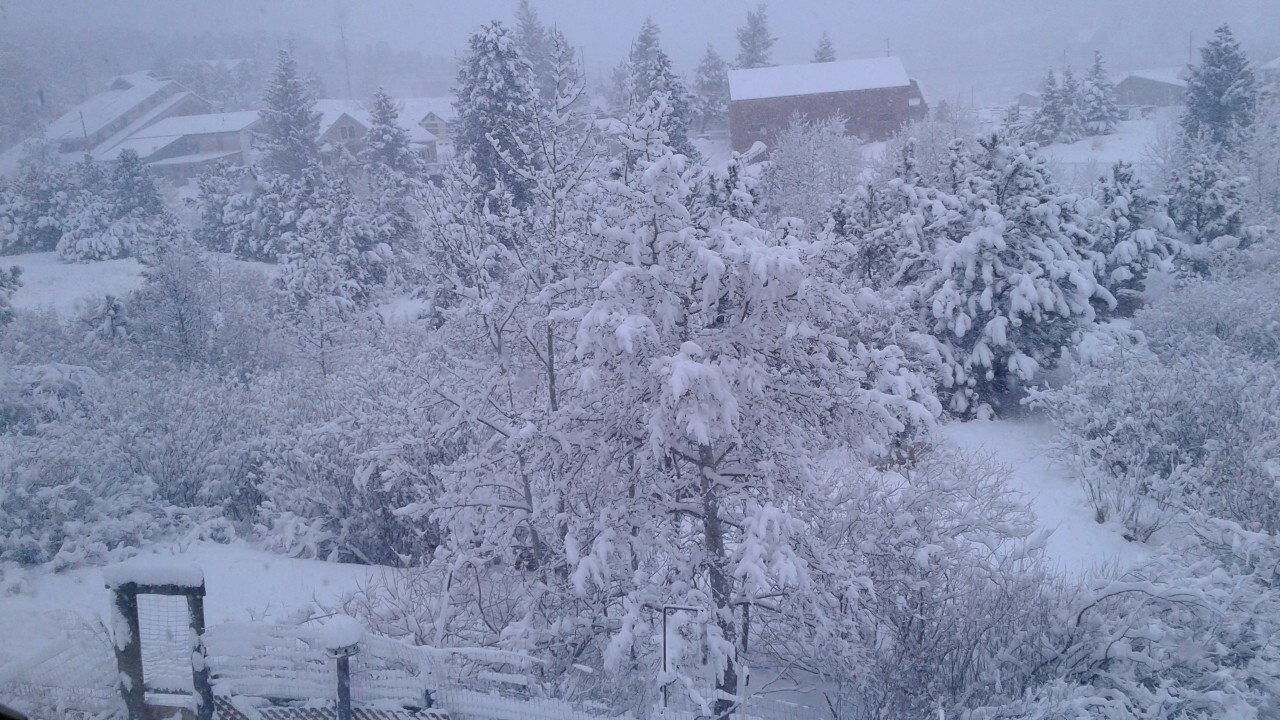 A ferocious winter storm — a "bomb cyclone" — was ripping across Colorado on Wednesday afternoon on its way to the Great Plains and parts of the Midwest, bringing blizzard conditions and a flood threat to a swath of the US.

A bomb cyclone happens when there's a rapid pressure drop, with a decrease of at least 24 millibars (which measures atmospheric pressure) over 24 hours known as bombogenesis . This storm has dropped 27 millibars since Tuesday morning and continues to strengthen.

The current pressure in the storm is equivalent to what you would typically find in a Category 1 hurricane, said CNN Meteorologist Brandon Miller. Further pressure drops later Wednesday should bring it to Category 2 equivalent.

The massive storm was walloping the Rockies on Wednesday morning. By the early afternoon, more than 9 inches of snow had been reported west of Boulder, and winds gusting above 50 mph were whipping through central portions of the state. Gusts of 75 and 80 mph were reported at Denver International Airport, the National Weather Service said.

"And yes, that is the equivalent of a Category 1 hurricane! This is a serious blizzard! DO NOT EVEN ATTEMPT TO DRIVE IN THIS STORM!" the weather service's office in Boulder said on Twitter .

Hundreds of flights bound for, or departing from, the Denver airport were canceled. Thousands of power outages were reported in the Denver area alone Wednesday afternoon.

The storm is on its way to the central and northern Plains and the Upper Midwest with blizzard conditions. Hazards include heavy snow and severe storms with possible tornadoes and flooding into Thursday.

Blizzard and winter storm warnings are in effect for portions of Colorado, Wyoming, Nebraska and South Dakota.

Watches, warnings and advisories for the storm cover about 1.5 million square miles, which is roughly half of the area of the continental US -- and they stretch from the Mexican border to the Canadian border.

Travel will be dangerous, if not impossible, at times, across areas where the blizzard warning has been issued. Severe storms capable of producing damaging winds, hail, and tornadoes are forecast from the southern Plains and into the Mississippi River Valley. More than 55 people million are under a high wind threat; more than 10 million are under winter storm threats; and more than 17 million are under a flood threat.

More than 1,700 flights had been canceled by Wednesday afternoon, according to FlightAware. The majority of those cancellations were flights destined for or originating at Denver International Airport (DIA), where a blizzard warning is in effect.

Denver itself is expected to get snow accumulations of about 5 to 8 inches on Wednesday.

In Nebraska, officials late Wednesday morning closed a roughly 130-mile strech of westbound Interstate 80 , from Ogallala to the state line with Wyoming, because of the blizzard.

Thunderstorms across portions of the southern Plains will make way on Wednesday for sustained winds of 35 to 45 mph, akin to the strength of a low-end tropical storm.

Wind gusts of 50 to 70 mph are expected Wednesday afternoon through Thursday morning across Colorado, New Mexico, Texas and Oklahoma, CNN meteorologist Monica Garrett said. Some areas could see gusts as strong as 110 mph.

The storm is forecast to rapidly intensify overnight Wednesday east of the Colorado Rockies and trek slowly northeast through Thursday, bringing a variety of extreme weather from New Mexico to the Midwest. Snow is expected to taper off by midday Thursday, but strong winds may persist through the evening.

In addition, flood watches have been issued across the Midwest and Great Plains amid concerns that heavy rains will melt snowpack and trigger significant flooding. Flash flooding is possible if ice jams clog rivers and streams, the weather service noted.