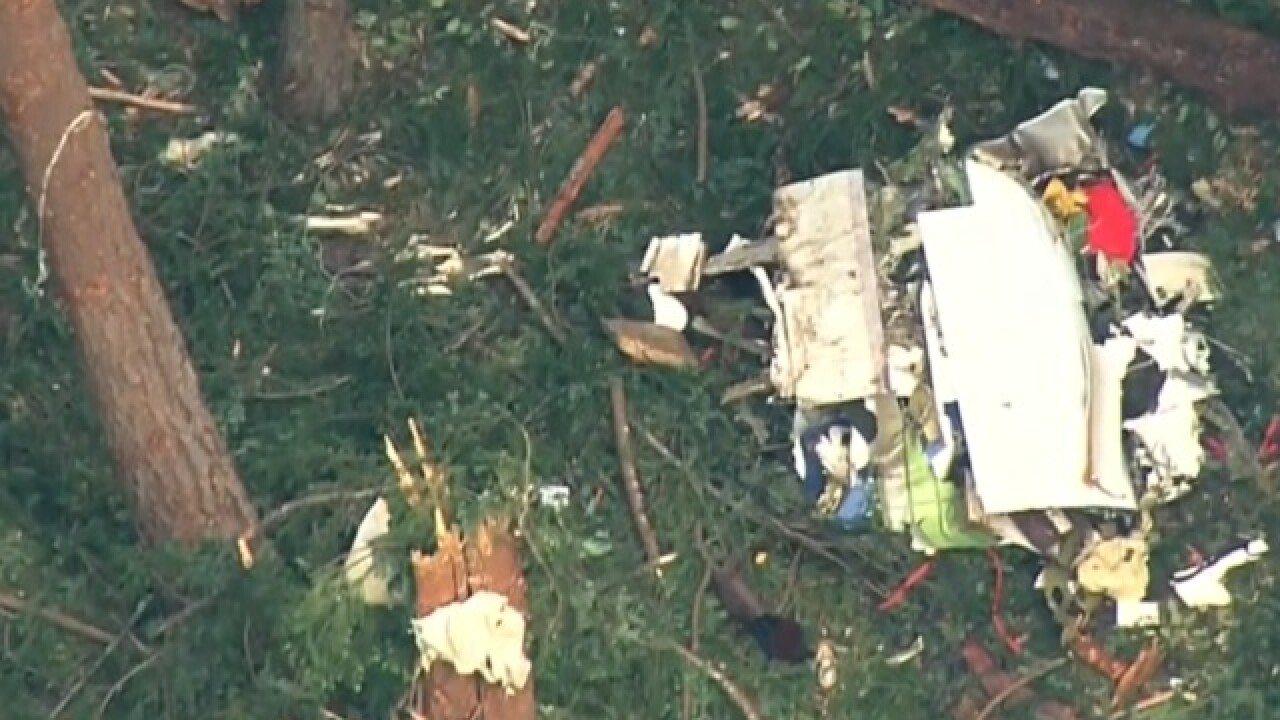 Security is being questioned after a plane was stolen from the Seattle-Tacoma International Airport on Friday. As officials look into how this happened, investigative reporter Jace Larson finds out more about the man piloting the plane.

"I've got a lot of people that care about me, and uhh... it's gonna disappoint them to hear that I did this.”

Russell did some aerial stunts while refusing air traffic control’s attempts to have him land.

Russell’s final words were captured on radio, and he was apologetic to those he loved.

"Just a broken guy. Got a few screws loose, I guess,” Russell could be heard saying. “Never really knew it, until now."

One of Russell's co-workers was surprised to hear his voice.

"You could tell he was in pain,” says Jeremy Kaelin, a former co-worker of Russell. “Kind of seemed a little delusional, and I was just shocked to see that someone who was so nice, so helpful and caring, actually he cared about his job, to do such a thing and you know and end his life."

Russell had access to secure aircraft areas as a ground service agent and had knowledge on taxiing planes around the airport.

Protocol requires two people to be present to tow the plane. Authorities are still unsure how Russell managed to access the plane alone and move it by himself.

"We believe he was in uniform,” says Brad Tilden, CEO of Alaska Airlines. “His job is to be around airplanes. He is tow certified, so he's meant to be-- airports have a non-secure side and a secure side. He's meant to be on the secure side. That's a part of the fulfillment of his job responsibilities."

Once in the air, military jets were sent to follow Russell to make sure he didn't do anything dangerous.

"Military jets were scrambled from Portland, but it does not appear that the jets were involved in the crash of the Horizon aircraft," says Gary Beck, CEO of Horizon Air.

Crews found the black box and have already sent it onto Washington DC for analysis. Russell may have talked to himself and that recording will be there.

Only Russell was killed in the crash and the FBI isn't considering this an act of terrorism. It has, however, exposed alarming gaps in airport security and will most likely prompt a major review of the industry's security measures.

Russell's family described him as a faithful husband, a loving son and a good friend. His final moments were kept light before he crashed the plane.

"I think I'm gonna try to do a barrel roll, and if that goes good, then I'm just gonna nose down and call it a night."