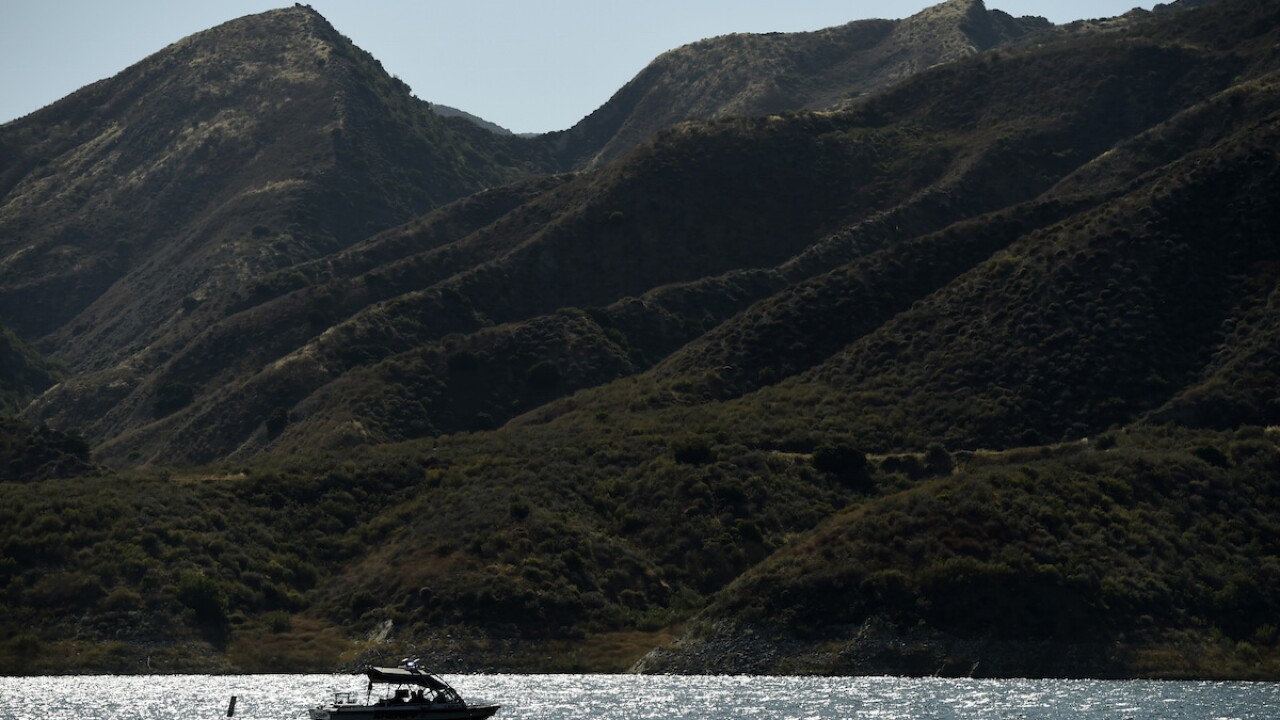 Copyright 2020 The Associated Press. All rights reserved.
Chris Pizzello/AP
A search-and-rescue boat continues looking for missing actress Naya Rivera at Lake Piru, Friday, July 10, 2020, in Los Padres National Forest, Calif., about 55 miles (90 kilometers) northwest of Los Angeles. Authorities said that they believe the "Glee" star drowned in the lake Wednesday, but they are continuing the search for her two days after her 4-year-old son was found alone in a rented boat. (AP Photo/Chris Pizzello)

Her 4-year-old son was discovered alone in a rented boat.

The boy was found asleep and wearing a life vest.

He told investigators that he and his mother went swimming and he got back on the boat — but his mom never made it out of the water.