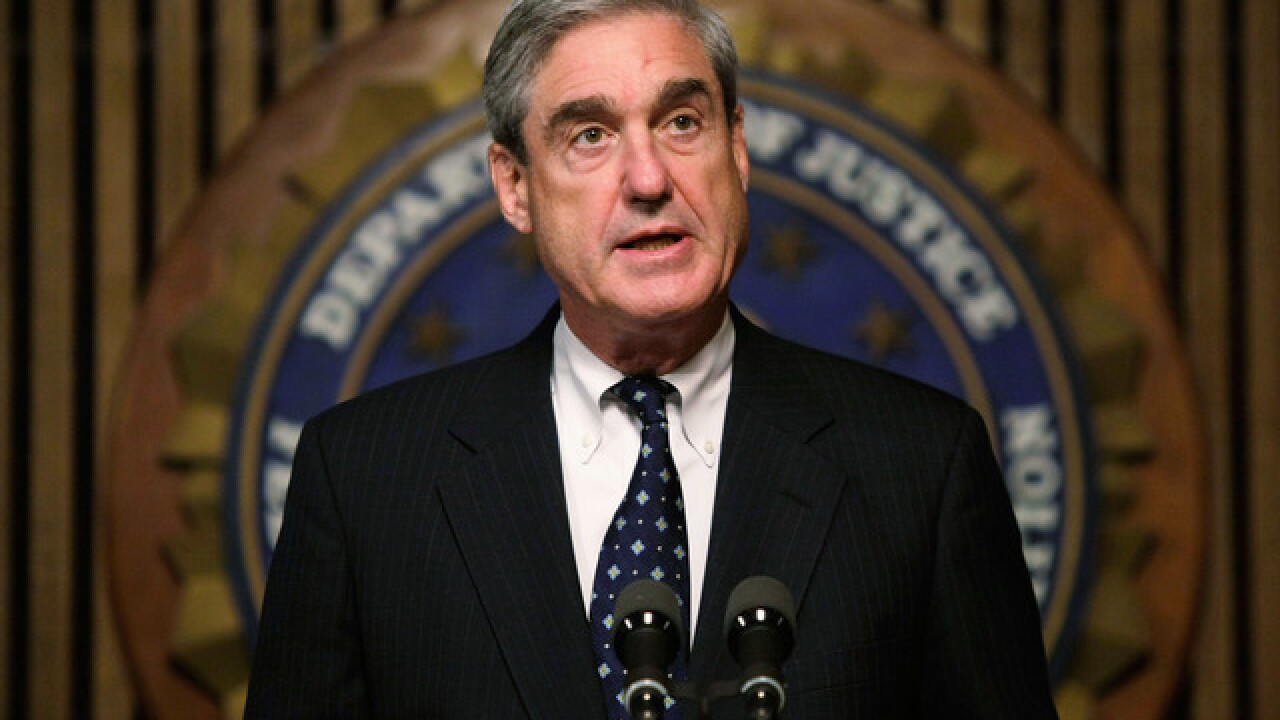 Copyright Getty Images
Alex Wong
<p><b>END OF ROBERT MUELLER'S PROBE INTO 2016 ELECTION</b> — It's unclear when FBI Director Robert Mueller will be finished with his investigation into alleged Russian meddling in the 2016 presidential election but it will likely be in 2018. Will any high ranking White House officials be indicted? The world will be watching this story.</p>

Rep. Adam Schiff is dismissing the GOP's accusations of bias in special counsel Robert Mueller's Russia investigation, saying they're partisan efforts to discredit the significance of the investigation's potential findings.

On CNN's "State of the Union" Sunday morning, host Jake Tapper asked the California Democrat about the GOP's accusations of bias within the investigation into allegations of collusion by the Trump campaign in Russia's efforts to influence last year's election. Schiff, who serves as the ranking Democrat on the House Intelligence Committee, said Republicans' criticisms are "an effort to tear at the very idea that there is an objective truth."

Several incidents within Mueller's team have sparked the GOP's criticism in recent weeks. Senior FBI agent Peter Strzok was removed from the Mueller investigation over the summer after an internal investigation found he sent messages that could be interpreted as showing political bias for Clinton and against Trump.

According to government emails published by the conservative activist group Judicial Watch, another lawyer on the Mueller team, Andrew Weissmann, praised former acting Attorney General Sally Yates after her decision in January not to enforce the Trump administration's travel ban -- a move that led soon after to her firing by President Donald Trump. Weissman served under Yates as a top prosecutor in the Justice Department's criminal division at the time.

The GOP slams on Mueller's investigation come alongside a flurry of tweets by Trump last weekend that took aim at the Justice Department and FBI after his former national security adviser, Michael Flynn, pleaded guilty to lying to the FBI.

"I think that this President, in an astonishing speed has remade the Republican Party in his own, deeply flawed image, and that will be ruinous to the Republican Party," Schiff said on Sunday. "But as we depend on a two-party system and two functional parties it will also be deeply damaging to the country. The discrediting of our institutions, the justice system, the judiciary, the press, is enormously destructive."

What was far more significant than the incidents on Mueller's team, Schiff argued, was that Comey failed to disclose a federal investigation into the Trump campaign but did disclose the Clinton email investigation, which Clinton has claimed affected the outcome of the election.

Schiff said he thought Comey's move was "an error in judgment," as opposed to a partisan act, and it was appropriate to do oversight on the issue.

Asked to provide any proof of alleged collusion between the Trump campaign and Russia, Schiff outlined a chronology of interactions involving Trump campaign associates, WikiLeaks and Russians dating back to late-April 2016, when, according to court filings, Trump campaign adviser George Papadopoulos learned that Russians had Clinton's emails.

"So, we have all of these facts in chronology," Schiff said. "You'd have to believe that these were all isolated incidents not connected to each other -- just doesn't make rational sense."