Reward offered after pregnant dolphin is shot and killed 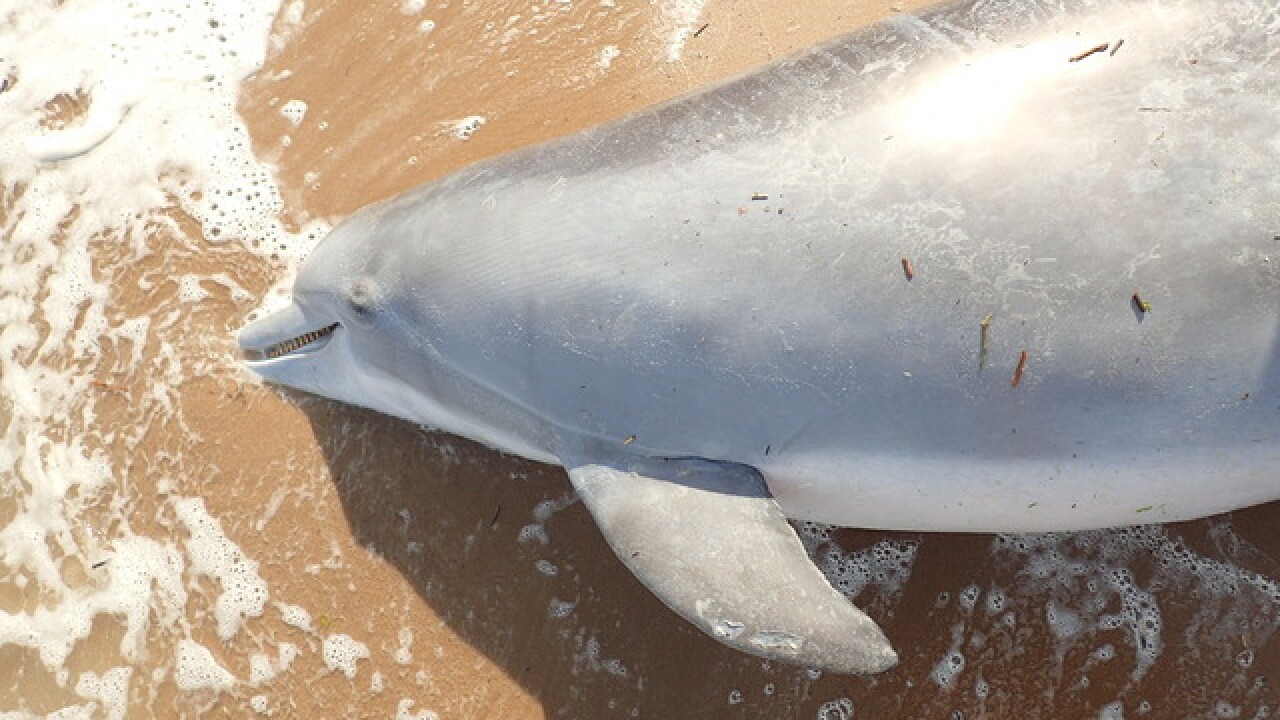 Copyright 2018 Scripps Media, Inc. All rights reserved. This material may not be published, broadcast, rewritten, or redistributed.
IMMS

WAVELAND, Miss. — NOAA's Office of Law Enforcement is investigating after a pregnant dolphin died of a gunshot wound, which also killed its unborn calf.

The bottlenose dolphin was found on a beach in Waveland, Mississippi.

The Institute for Marine Mammal Studies discovered a small caliber bullet lodged in the dolphin's lung.

Lightkeepers, The Humane Society of the United States, CetLaw, Ocean Experience and Dolphins Plus Marine Mammal Responder are offering a combined reward of $6,500 for information leading to the successful identification and/or prosecution of the person(s) responsible

According to NOAA, the number of violent incidents toward dolphins in the Northern Gulf has increased in recent years, with at least 24 dolphins stranded with evidence of being shot by guns or arrows, or impaled with objects since 2002.

Harassing, harming, killing or feeding wild dolphins is prohibited under the Marine Mammal Protection Act of 1972. Violations may be prosecuted either civilly or criminally and are punishable by up to $100,000 in fines and up to 1 year in jail per violation.