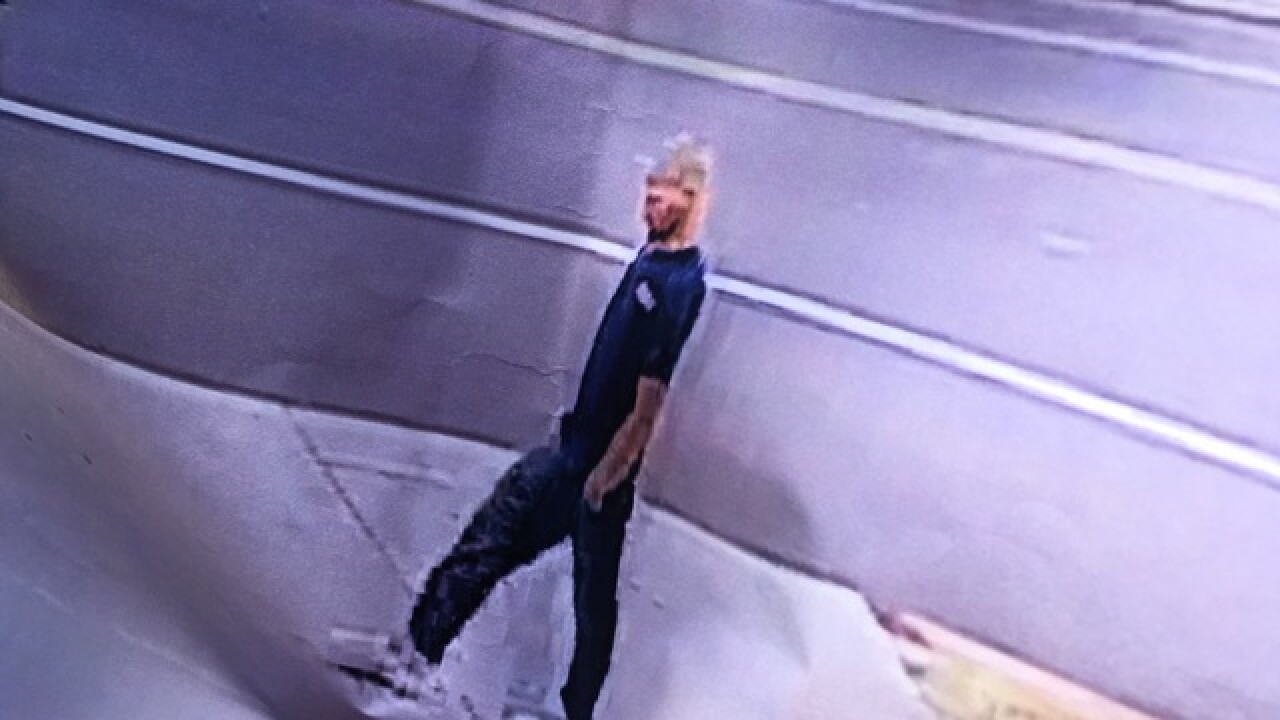 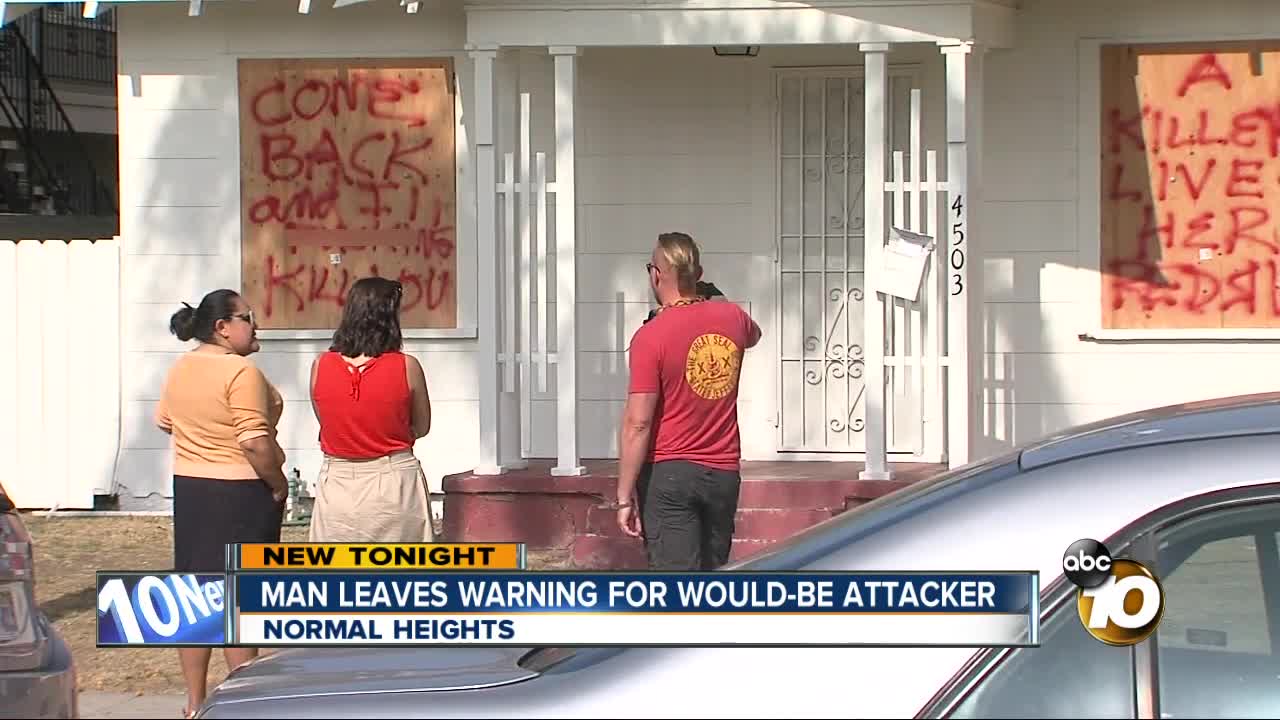 A retired Marine spray painted a warning message on his own home after he says an attacker tried to get inside while his sister was home alone.

"I wanted to make sure that him and any other idiot around here knows that if you come here you will be taken care of," said Beaux Englebert outside his Normal Heights house Thursday night.

The broken glass and hole next to the front door, the work of a mysterious attacker who reportedly tried to get inside while Englebert's 24-year-old sister was there by herself Wednesday morning.

"He kicked in the front window while she was changing and then tried to kick the door and break in through the other window."

The suspect was caught on a neighbors surveillance camera.

During the incident, the young woman managed to get to the garage and lock herself in until police showed up. But by then the man was nowhere to be found.

"Apparently a lot of my neighbors have seen that person a few times," Englebert said.

A photo of the suspect is attached to this story.