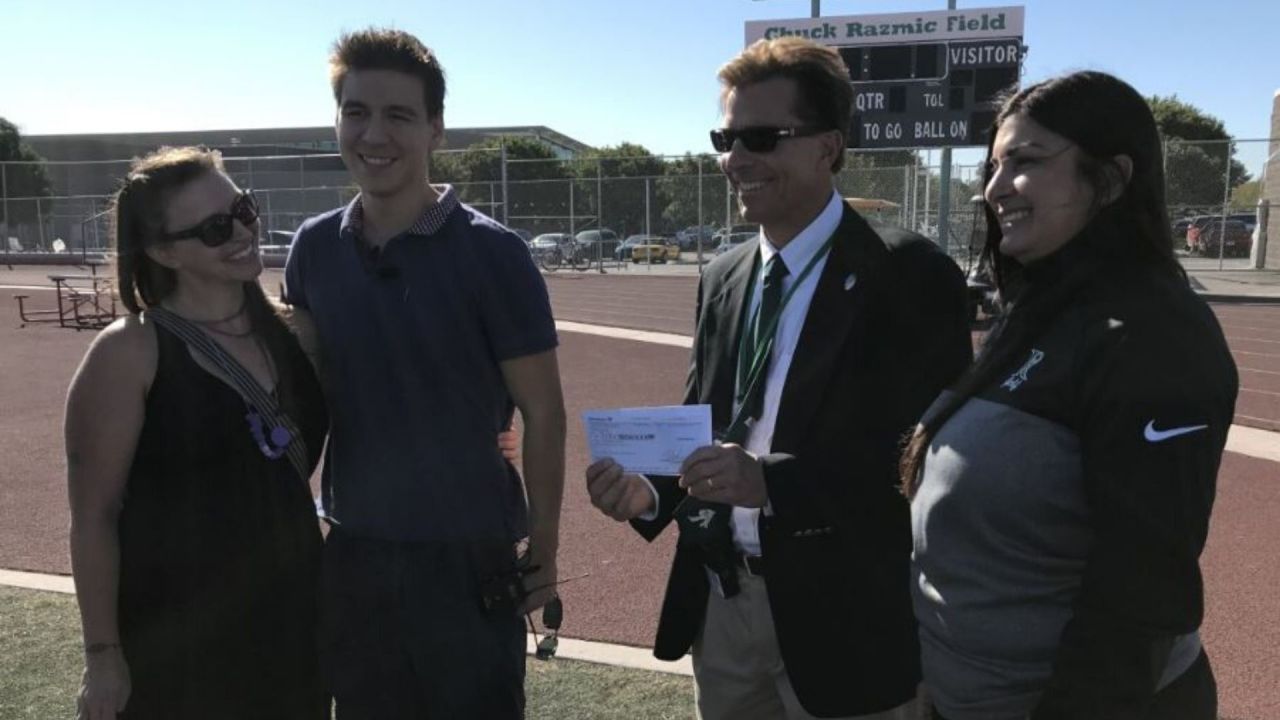 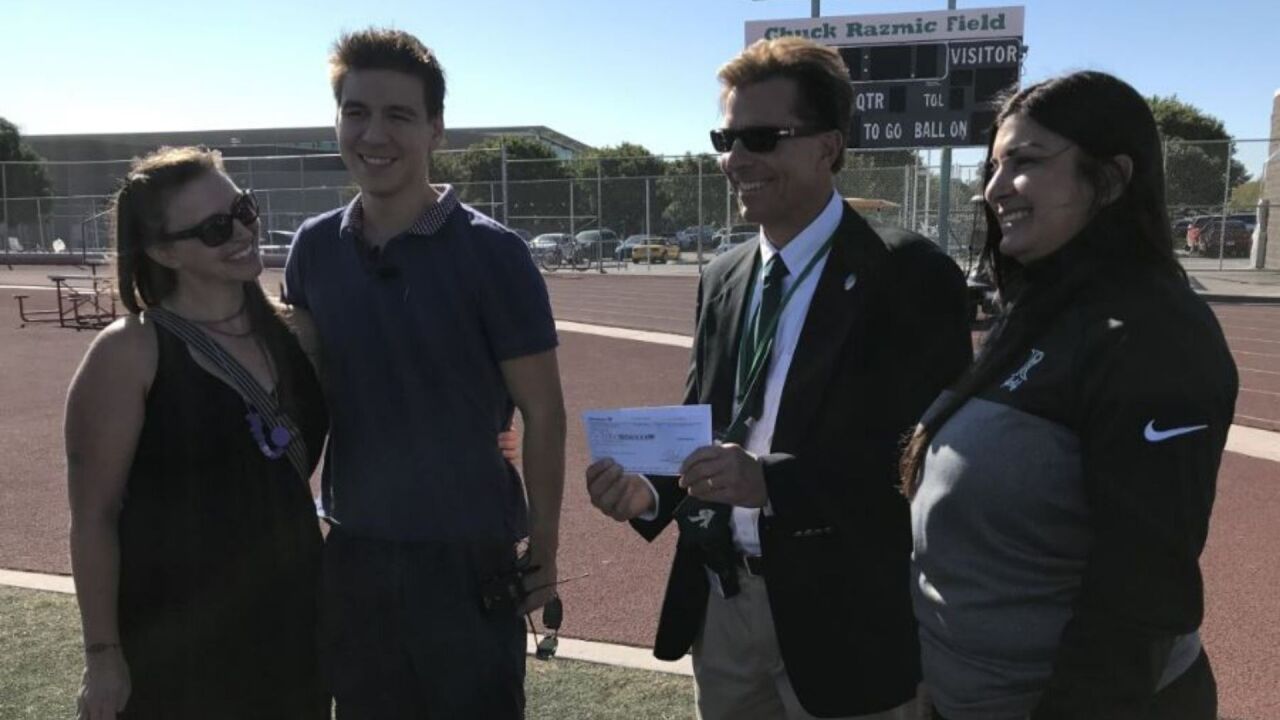 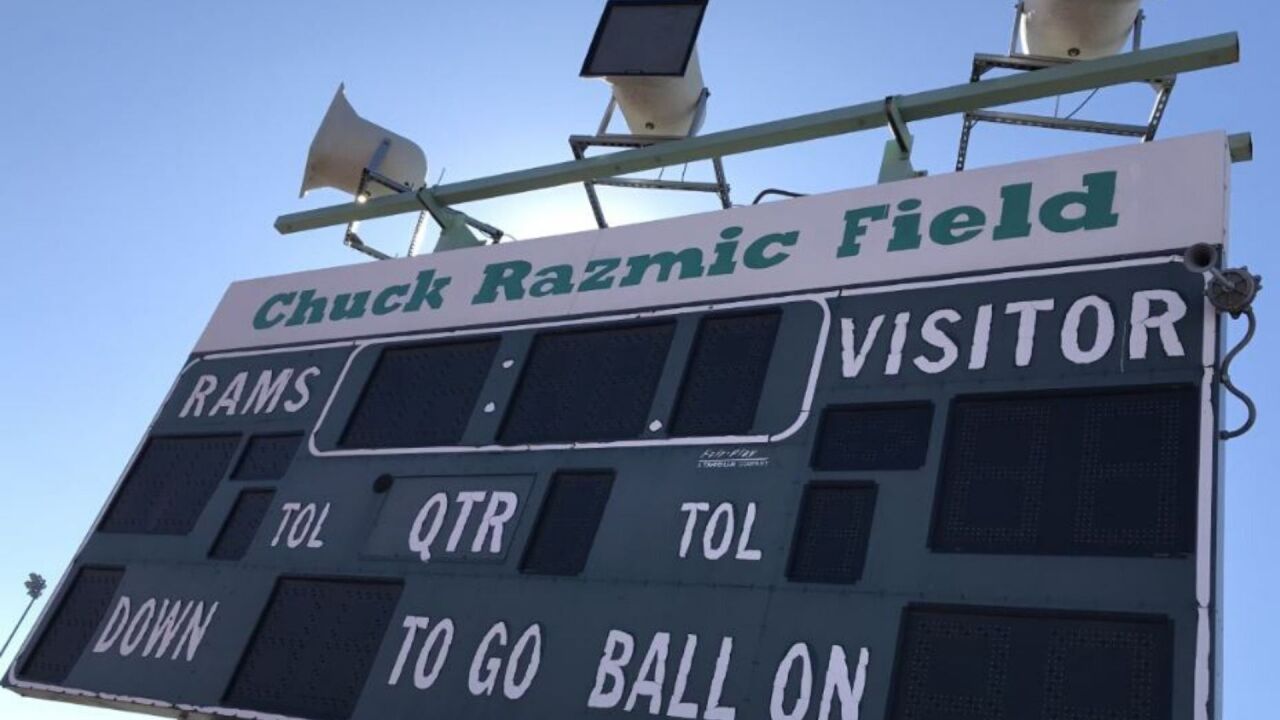 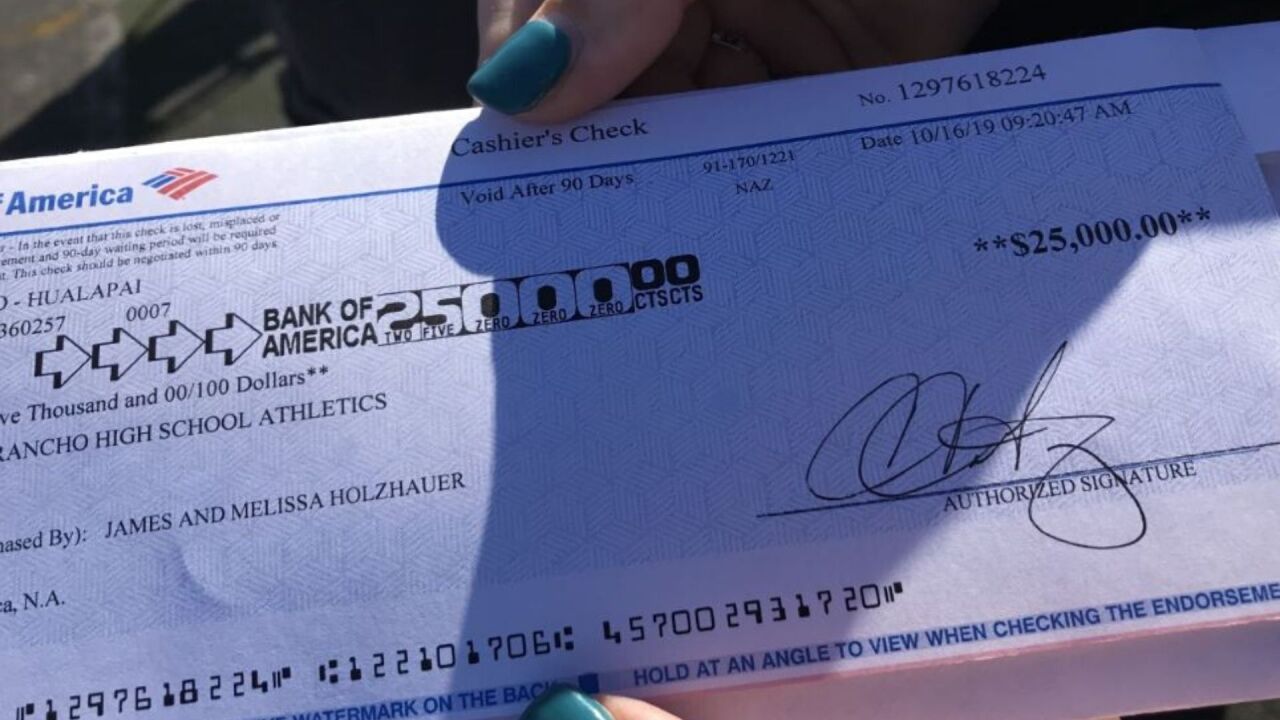 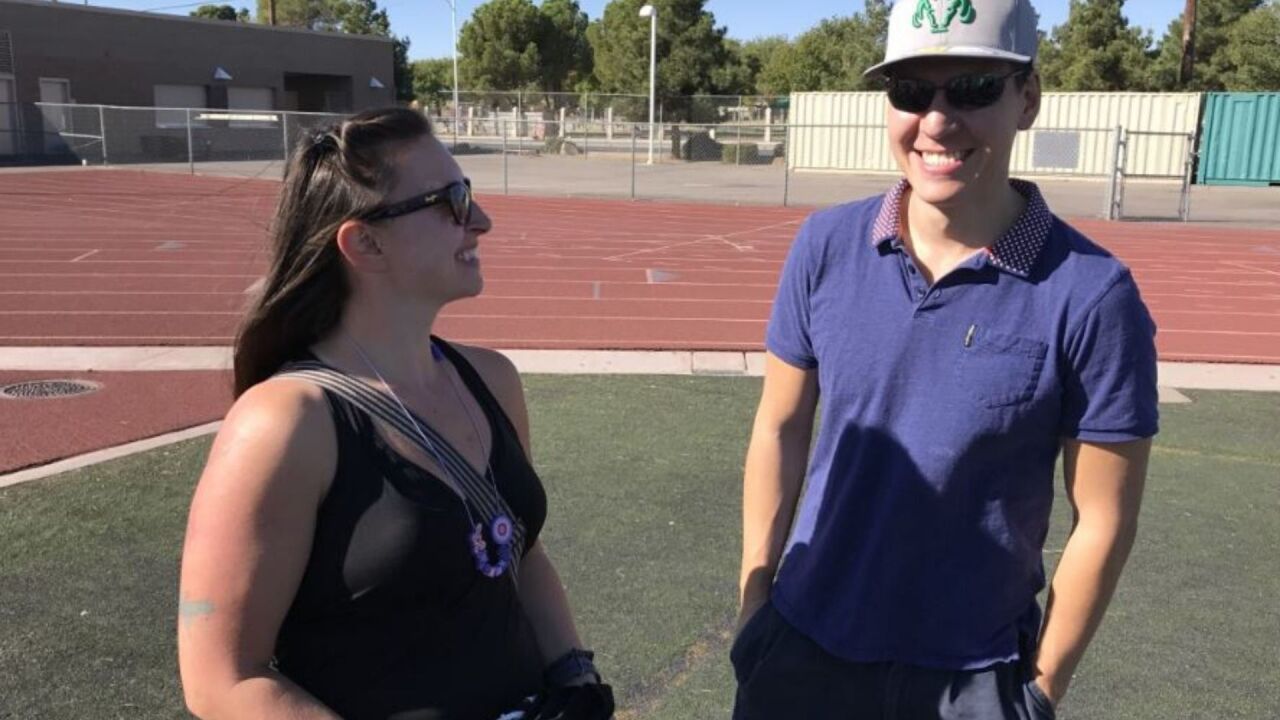 "The Jeopardy Champion James Holzhauer happened to see Darcy Spears' article," says Rancho High principal Dr. James Kuzma. "And they became interested in the fact that many of our fields had some issues with safety -- especially Rancho's field -- which you know is being replaced. They were motivated to donate $25,000 to our school today!"

Dr. Kuzma is thrilled to score the generous gift.

"We do the best we can with what we have but we can't do anything without community support," he says.

The Holzhauers say they're committed to Las Vegas and want to make a difference.

"And I saw Darcy's article and it really put a bee in my bonnet," James' wife Melissa explains.

"These are our kids that are suffering these horrible injuries," says James, "...potential brain damage from something that could be so easily prevented."

Our story uncovered how the five football fields in CCSD with artificial turf are years beyond the warranty and expected life cycle.

It also appears the fields were not properly maintained or safety-tested according to industry protocol.

G-Max testing is critical for player health and safety. And proper maintenance protects the taxpayer's investment.

Her heart goes out to the team this season. She says they've stuck together, worked hard "...and they're the ones practicing in all that equipment in 115 degrees in the summer and they don't get to use the field," Ms. Crawford says.

The Rancho field is slated to be replaced for next season.

In the meantime, the Holzhauers say Rancho can use the $25,000 wherever it's most needed for athletics.

And they challenge others to join in and help out.

"It's important to remember we have a lot of schools in other areas that need help. So for a call to action," says Melissa. "You don't have to pick Rancho! You can pick Rancho!. But also just any way that people can help to give back. From my understanding talking to [Darcy's producer] and Darcy there are a lot of unsafe fields throughout our community. And lots of ways that people can help.'

Once again we asked the District for G-Max testing results and maintenance schedules for all five turf fields to try and track how things got so bad. They told us Indian Springs had one G-Max test back in 2008 when the field was installed, but then nothing for any of the schools until this year after Rancho raised alarm bells and forced action.

We're also still waiting for details on how much the replacement fields will cost, what company was selected and what the district's plans are for making sure fields are properly tested and maintained.

This article was originally written by Jordan Gartner for KTNV .