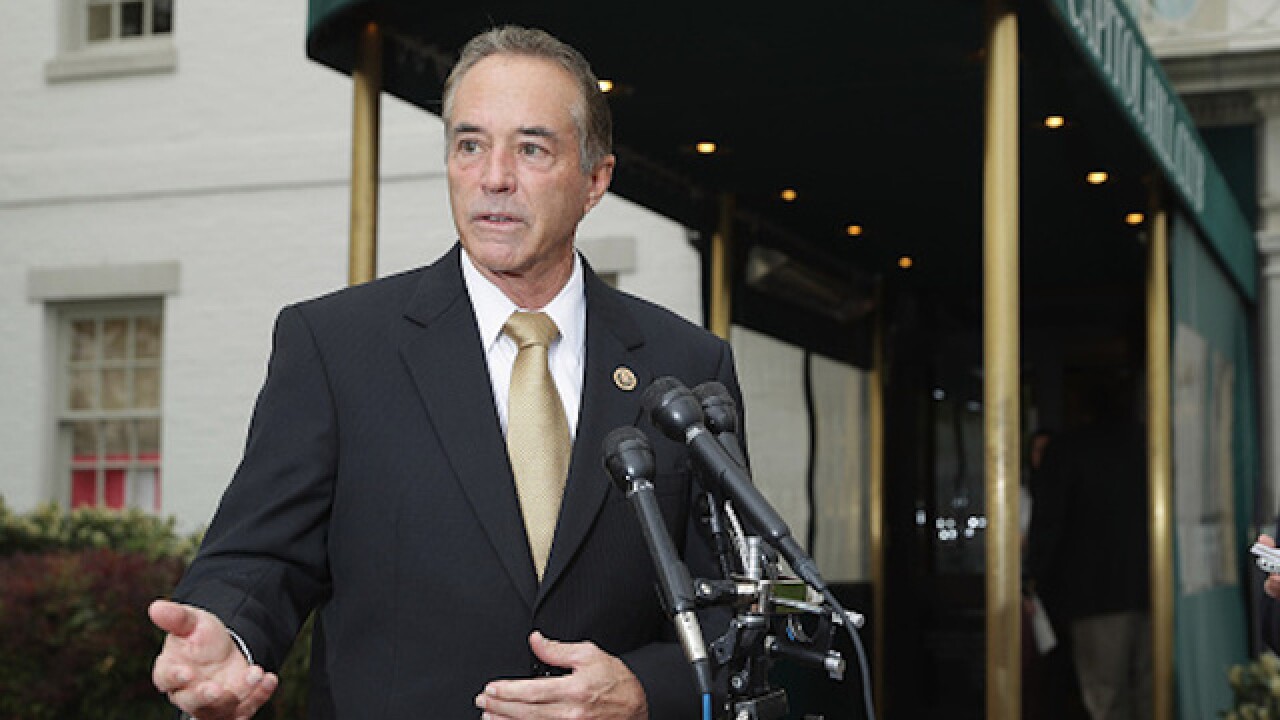 Image copyright 2018 Getty Images. All rights reserved. This material may not be published, broadcast, rewritten, or redistributed.
Chip Somodevilla
<p>WASHINGTON, DC - APRIL 21: Rep. Chris Collins (R-NY) talks to reporters following a meeting with fellow members of Congress and representatives from the Donald Trump presidential campaign at the National Republican Club of Capitol Hill April 21, 2016 in Washington, DC. The first member of Congress to endorse Trump, Collins said it is 'all but inevitable' that the real estate billionaire will get the 1237 delegates necessary to win the Republican presidential nomination during the first round of balloting at this summer's GOP convention in Cleveland. (Photo by Chip Somodevilla/Getty Images)</p>

Collins, who was the first sitting member of Congress to endorse Trump's presidential bid, surrendered this morning at his attorney's office in Manhattan, according to the FBI.

Attorneys for Collins said in a statement that they "will answer the charges filed against Congressman Collins in Court and will mount a vigorous defense to clear his good name."

"It is notable that even the government does not allege that Congressman Collins traded a single share of Innate (Immunotherapeutics) stock. We are confident he will be completely vindicated and exonerated," the statement continued.

The House Ethics Committee last October revealed that it was investigating Collins, for potentially violating federal law and House rules regarding insider trading. The outside, non-partisan Office of Congressional Ethics began a review of Collins' activity in March 2017 and voted to send its findings to the House ethics panel that July, which can formally launch investigations and recommend sanctions against a lawmaker it determines has broken any rules. The ethics committee announced in the release of the report that it would start a review of Collins.

The report details how Collins met with officials at the National Institutes of Health to discuss the development of a drug made by Innate, a company whose board he served on.

"There is a substantial reason to believe that Representative Collins shared material nonpublic information in the purchase of Innate stock, in violation of House rules, standards of conduct, and federal law," according to the report by the non-partisan ethics office, released by the Ethics Committee last fall.