Ready to get a ride in a driverless taxi cab? They will be on the roads next month 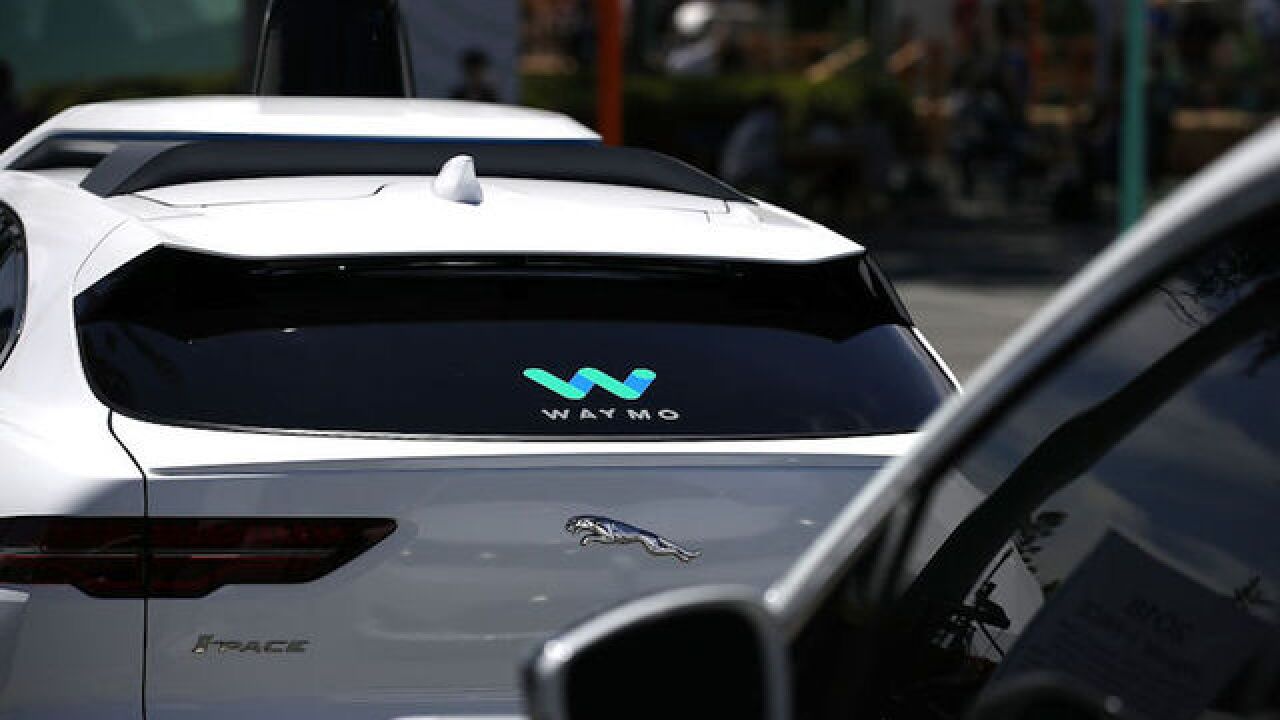 Image copyright 2018 Getty Images. All rights reserved. This material may not be published, broadcast, rewritten, or redistributed.
Justin Sullivan
<p>Waymo self-driving vehicles are displayed at the Google I/O 2018 Conference at Shoreline Amphitheater on May 8, 2018 in Mountain View, California. </p>

PHOENIX, Arizona — Google's self-driving car is likely going to be on the road before 2018 ends.

The Waymo driverless taxi service will first be on the streets of Phoenix, Arizona, and it will launch without much government oversight — it isn't required like it is for new airplanes and medical devices, for example.

Bloomberg reports it will have a new name when it launches in December. That name hasn't been made known to the public.

Waymo isn't planning a big event to announce the service's debut and will start things small in order to see how it goes. People in the suburbs around Phoenix will likely be the first people to use it, which will cover about 100 square miles, Bloomberg reports.

There has been a test group of 400 volunteer families riding in Waymo vehicles for more than a year. The customers who move to the service after the tests will be released from non-disclosure agreements and allowed to talk about their experiences.