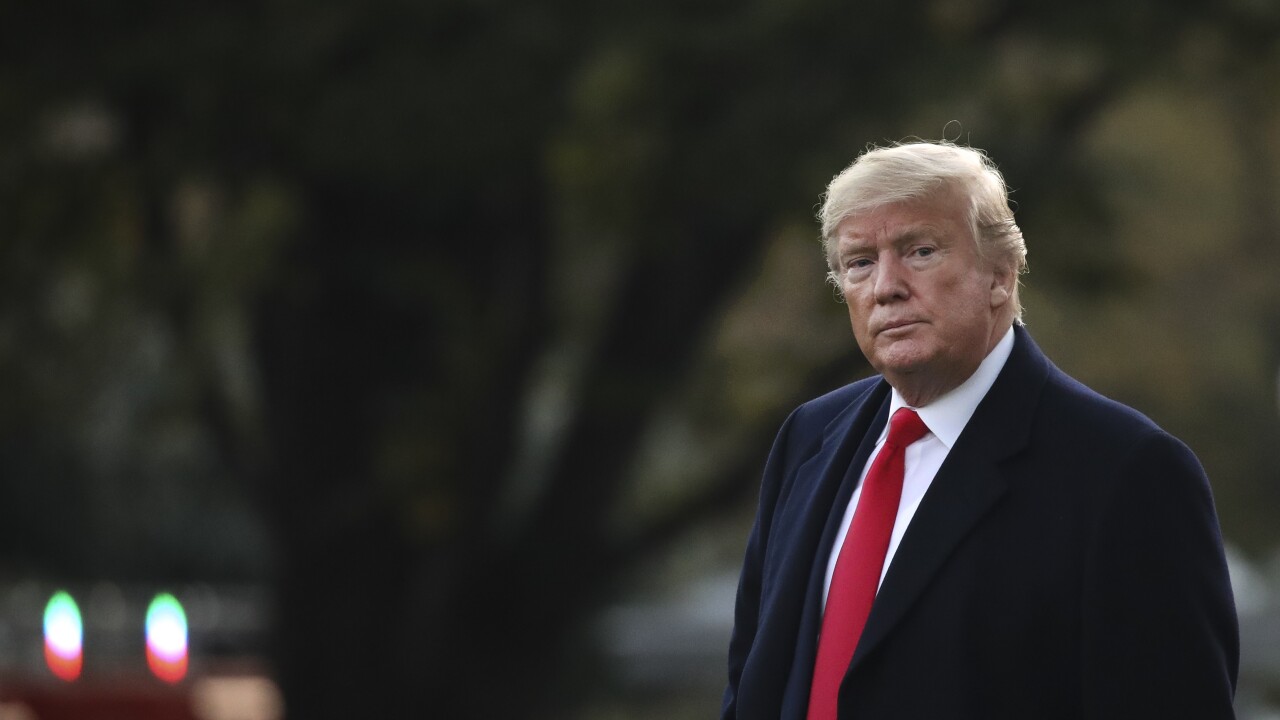 WASHINGTON, DC - NOVEMBER 14: U.S. President Donald Trump leaves the Oval Office and walks toward Marine One on the South Lawn of the White House on November 14, 2019 in Washington, DC. President Trump is traveling to Bossier City, Louisiana to hold a campaign rally in support of Republican Eddie Rispone in his bid to unseat Democratic Gov. John Bel Edwards in the November 16 Louisiana governor's runoff election. (Photo by Drew Angerer/Getty Images)

The second presidential debate will be hosted at the Adrienne Arsht Center for the Performing Arts in Miami.

The debate will take place from 9 p.m. to 10:30. It's the second presidential debate to be held in Miami, the first one was at the University of Miami in 2004.

Originally the University of Michigan was supposed to host, but university President Mark Schlissel announced that he asked for the school to be released from its agreement with the Commission on Presidential Debates to host due to the work they've been doing to ensure a clean and healthy environment for students and staff in the Fall semester.

“Given the scale and complexity of the work we are undertaking to help assure a safe and healthy Fall for our students, faculty and staff and limited visitors — and in consideration of the public health guidelines in our state as well as advice from our own experts — we feel it is not feasible for us to safely host the presidential debate as planned," he said.